NewsPaperthe art of publishing
HomeNewsWho’ll fight back against the liberal locusts?
76

Who’ll fight back against the liberal locusts? 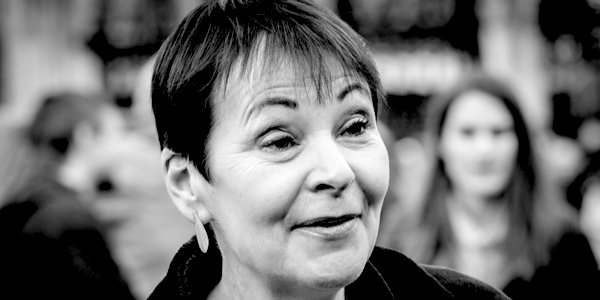 Indeed. To the bafflement and consternation of a great many and with Brexit still unresolved, the Johnson government has ‘reset’ itself from Red Wall to deepest green, with yet more lunatic energy policies that would have seemed beyond the realms of fantasy a few years ago, with a ban on new diesel and petrol cars after 2030 and all sorts of green buffoonery. It hardly needs saying that such policies will go down like a lead balloon with the Tory’s new Northern electorate.

Much has been written for his reasoning – making the big assumption that there is any at all behind such insanity. Is he trying to please Carrie? Has he, as a metropolitan liberal, always really believed this stuff? Both probably true. Another strand of thought it that Johnson wants to curry favour with the probable new US President Joe Biden ahead of the COP26 conference in Glasgow next year. Is it, as John Mortimer suggests elsewhere on TCW today, part of ‘The Great Reset’?

It is highly likely that Biden’s apparent win has affected Johnson’s thinking, but not so much in the way thought. Beyond all the sound and fury of mail-in ballot fraud, Biden owed his support in no small part to substantial demographic changes as liberal voters flee solid Blue states such as California to previously Red Arizona, and then vote to make them more like the place they have just escaped from, as detailed in this article in the Atlantic. Even good ol’ boy Texas was tipped to go Blue this year, though in the end it stayed Red, but it wasn’t enough to save Trump.

Even before Covid, a similar ‘liberal locust’ effect was occurring in the UK, as young urban hipster voters shipped out of the violent, decaying London metropolis they had helped to create to the leafy shires, feeding off the social capital built up by others while continuing with their smug Metropolitan ways. As a result, the Tory shires are turning Metropolitan. Winchester, for example, is now a marginal.

Covid has, of course, put rocket boosters under these demographic trends, as the well-heeled professional classes realise they can work from home. A great deal is talked about the Red Wall, but the truth is that the ever-opportunistic Tories are riding two electoral horses going in different directions.

Now, a properly conservative party – i.e. one based on Burkean principles – would look at these cultural trends with great alarm, but for different reasons. Since the 1960s, cultural conservatives have complacently assumed that liberals would one day grow up. That simply hasn’t happened; there is no automatic brake. It is now clear that this ‘liberal locust’ culture will not stop gorging on society’s social capital until either everything is laid waste or it is culturally taken on and defeated.

These trends aren’t going to stop – ever – unless a properly cultural conservative party has the balls to take the fight to the enemy. It shouldn’t be that hard to do: with the evidence of social destruction wreaked by ultra-liberalism all around us, there is an excellent case to be made should anyone have the courage to make it. Of course, the Tories were never going to be really up for the challenge, as last week’s events have once again proved. However, have heart: the launch of Reform UK, Reclaim and the Heritage Party are signs of another big political trend we don’t often talk about. The Right have finally learnt the lesson first taught by UKIP: that the best way to achieve conservative goals is by electorally threatening the Tories rather than relying upon them to do the right thing. The Tories’ monumental betrayal of the Red Wall means there is now plenty of opportunity for those upstarts to prosper in the years ahead.