NewsPaperthe art of publishing
HomeNewsWho’ll stand up for the hassled mother on buses and trains?
0

Who’ll stand up for the hassled mother on buses and trains? 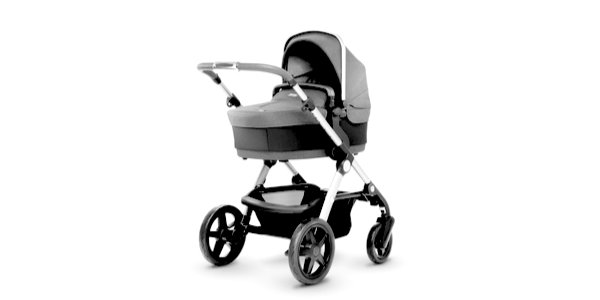 TRANSPORT Secretary Grant Shapps has faced the usual early-year ire after yet another hike in rail fares. This is justified given that the service rarely improves. Paying more money to travel on a lesser-run network is galling for any commuter, not least when the happy lights of Christmas have long been dismantled and no salary rise is on the cards.

I have a smaller gripe, but one that is shared by many others: Travelling with young children on public transport is a wholly unpleasant experience. For something else that never improves are the manners of fellow passengers and, worse, public transport employees.

In London, where I live, hassled mothers with children suffer the equivalent of being passed round like a hot potato as commuters’ eyes dart to the floor to avoid having to lend a hand. During one recent journey into central London and back with my children (one of whom was in a pushchair), I was booted off a bus between stops because another buggy was parked awkwardly, taking up both available spaces.

I wasn’t allowed to make my case, and was asked to leave, having got on and, of course, paid. Later, a second bus driver shut the doors prematurely, breaking the link between my hand and my young daughter’s while I was alighting by stepping backwards on to the pavement, my other hand negotiating a child-carrying pram.

Amazingly, no one stepped in to help, nor did anyone seem to show signs of instinctive reactions – e.g. pouncing up off their seats, or alerting the driver. I was left to bang on the door like a lunatic for the three or four seconds we were separated (all was well in the end).

At either end of my journey, I went up three flights of Tube station stairs. One offer of help up another flight came from a sympathetic child-free adult. None came from the impossible-to-stir cubicle-residing platform assistants.

Nobody expects red carpet treatment on public transport. After all, it can be a cut-throat environment. In peak rush hour, Londoners are impressively athletic and ram their way on in human catapults in an every-man-for-himself system. Transport for London (TfL ) encourages those less able to get around – including buggy users and the disabled – to use step-free access stations. But there aren’t enough to limit one’s use to these alone.

One does hear of small but heartwarming acts of kindness in our crushed capital. For example, only the other day a pregnant friend left maternity notes on the roof of her car and drove off. Some quick-thinking kind soul in SW London handed the lost files into a GP surgery within the hour.

Bizarrely, in heavily populated places, generosity of spirit seems in short supply. Eyes squarely fixed on phones or a quick 180-degree whip of the neck are the usual responses. And staff, if they are even in evidence, often wait to be asked for their help. What, I wonder, is it that turns people so profoundly selfish on public transport?

Years ago, TfL introduced the now-ubiquitous ‘Baby on Board’ badge that expectant mothers can wear to encourage others to offer them a seat. I have never approved of these – I refused one during my pregnancies – but sadly, they do seem to get the message across to our corpse-like, mute fellow commuters, and work.

A glaring irony here is that once these women have had their baby, and really need preferential treatment, they often become invisible again.

It is surprising, given their interest in those expecting babies, that TfL does not do more to acknowledge how difficult using its escalators, lifts, negotiating fast-slamming doors, crushes of people, and stations with no step-free access can be for mothers carting around toddlers after pregnancy, which for so many is the period when they physically suffer more.

So popular has the whole exercise been, that in April 2017, TfL launched another badge which requests: ‘Please Offer Me A Seat’. It was created for ‘customers who struggled to get a seat because their need was not obvious’. More specifically, the badges are apparently designed for ‘disabled people and those with invisible impairments, conditions or illnesses’.

Not a word was said about busy mothers, you’ll notice. But, aside from that, laughably, TfL has made it surprisingly easy to obtain one of these badges, regardless of your status. Anyone can order one online – no questions asked – in a sense undermining the entire point of the badge.

The introduction of this second badge was, for me, confirmation that communication among us is all but dead. After all, why do these badges exist? Is it because certain people need a seat, or because we commuters have lost the ability – or the courage – to ask for one?

I refused a ‘Baby on Board’ badge during pregnancy partly because I felt that standing was perfectly manageable. I was always aware that if I were to feel faint, I would ask for a seat, or travel at different times of the day, or just not travel at all. Also, there is nothing physically wrong with a pregnant woman.

More importantly, I would watch with a certain amount of horror as expectant mothers were offered a seat having flashed their badge-carrying lapels while the elderly, for whom there was no badge and for whom there continues to be no official badge, were overlooked and forced to stand. Isn’t it strange that pregnancy, a short-lived phase, is designated one, but the elderly, who will not grow out of their ‘condition’ are awarded nothing?

It is a sad day when anyone has to use a badge to label themselves enough to be able to communicate a message to others. Whatever happened to inbuilt compassion, kindness, or even, conversation? It is worse when a mother’s options narrow to not using public transport at all. TfL’s slogan is ‘Every Journey Matters.’ It seems this isn’t strictly true.