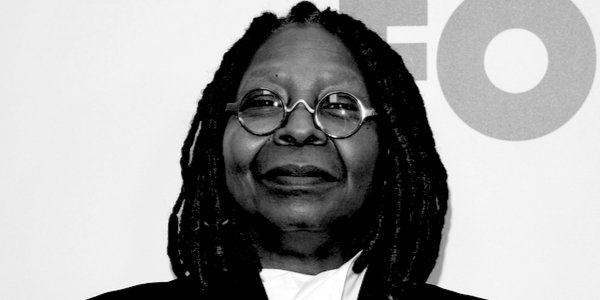 OVER the past week many commentators have expressed shock and horror at actress Whoopi Goldberg’s obtuse musings on the Holocaust. But given America’s history of anti-Semitism and its current obsession with revisionist Critical Race Theory (CRT), were her words so surprising?

The US, like many countries, is experiencing a surge in anti-Semitism. The implementation of anti-science, authoritarian lockdowns has wrought economic and social destruction. In times of great turbulence people look for a scapegoat. For two thousand years this has been the Jews.

According to CRT, American society is based on the systemic racism of white people against non-white people. Jews are identified as white people and therefore as oppressors, ignoring the history of Jews both in the US and the rest of the world where they have been victims of the most heinous racism. But contrary to CRT claims, Jews were impoverished and discriminated against as a minority group. Indeed American history is littered with the dire consequences of unchecked anti-Semitism.

In 1915, Jewish businessman Leo Frank was lynched after being falsely accused of murdering a factory worker. The Ku Klux Klan targeted Jews. Irish Catholic gangs attacked Jews in the streets of Massachusetts. Jews faced restrictions in professions such as law and academia. Immigrant Jews, including those fleeing from pogroms in the Pale of Settlement and persecution in Nazi Germany, were subjected to strict quotas.

Henry Ford disseminated anti-Semitism through his popular 1920s publication, The Dearborn Independent. Based on the Tsarist forgery ‘The Protocols of the Learned Elders of Zion’, this nefarious periodical accused Jews of controlling the world. Pre-war correspondence between the US ambassador to Britain, Joseph P Kennedy, and German diplomats revealed his fanboy attitude towards the Nazis and his own dire anti-Semitism, typical of American polite society at that time.

The rise of global socialism saw another strand of anti-Semitism emerge: the accusation that American Jews were communists working for the enemy. The post-war McCarthy trials, targeting Jews working in Hollywood, were a culmination of this. Attacks on synagogues are nothing new either. In 1958, far Right racists bombed an Atlanta synagogue protesting against the Rabbi’s support for civil rights.

After the horrors of the Holocaust were revealed, attitudes towards Jews did shift in American society and for a brief period, American Jews enjoyed a golden age until black American society began to display anti-Semitic attitudes. Jews who supported the 1960s civil rights movement were shocked at the sudden explosion of hatred directed towards them.

Now, cheered on by the establishment Left, certain prominent black cultural and political figures are once again guilty of inflaming hatred against Jews. Objections are met with the counter-accusation that accusations of anti-Semitism are themselves a racist endeavour.

In 2009, President Barack Obama’s former pastor, Jeremiah White, accused the Jews of preventing contact between him and Obama. The academic Angela Davis has openly supported a Nazi-like boycott against Israel. Author Alice Walker’s writings are replete with anti-Semitic and anti-Israel imagery. Her endorsement of David Icke’s book described elsewhere as ‘an unhinged anti-Semitic conspiracy tract’, which promotes anti-Semitic blood libels and conspiracy theories, undermines her self-proclaimed image as an icon of peace, justice, and universal brotherhood – one that ‘draws the line when it comes to the Jews’.

Louis Farrakhan, the leader of the virulently anti-Semitic Nation of Islam is well known for hyperbolic hate speech aimed at the Jewish community. And there is little doubt that the descent of the Democratic Party into anti-Semitism as the Marxist Black Lives Matters organisation (BLM) has risen in influence has also ‘allowed’ if not caused a rise in Jew hatred amongst Americans.  The chattering classes rightly scorn the racism of the far Right but remain mostly silent about this open secret.

It’s against this background that Goldberg revealed her anti-Semitic colours by indulging in Holocaust revisionism through the prism of CRT. Claiming that the Holocaust wasn’t about race but two groups of white people fighting each other, Goldberg dismissed the genocide of the Jews and wiped out a whole swathe of American history.

She then doubled down on her ignorance by rejecting Holocaust experts who had rightly castigated her, and said she ‘felt differently’. Whatever she might ‘feel’, the Holocaust was about race. Full stop. Her hubris is indicative of a dumbed down, Western society where it’s acceptable to think that feelings can trump facts. It’s an unholy mix of the Oppression Olympics, narcissistic identity politics and Holocaust denial.

The problem is more than Whoopi. CRT is now being taken as historical truth, while real history is being discarded in favour of revisionism and social engineering which would put David Irving and Chairman Mao to shame. Holocaust education is being neglected in favour of false, anti-Semitic discourse. The historical impoverishment and discrimination of Jews in America is being scoured out to suit the CRT narrative that Jews were always the oppressors and never oppressed, leaving little room to protest against anti-Semitism in organisations like BLM. In a shameful act, the Tenement Museum in New York recently scrubbed immigrant Jews from history.

As demonstrated by Goldberg, feelings now take precedence over facts. Westerners are so historically illiterate and terrified of being accused of racism that it’s no wonder that many unquestionably believe the CRT protocols. Should anyone doubt this deep malaise affecting the West, they should look at these past two years which have shown how easy it is to manipulate and control an infantilised, uneducated, terrified population.

Thanks to the obliteration of our traditional values and economies, this won’t be the last bit of Jew hatred the cultural elite indulges in.