NewsPaperthe art of publishing
HomeLaura PerrinsWho’s most wrong – the #MeToo mob or the free love boomers?
0

Who’s most wrong – the #MeToo mob or the free love boomers? 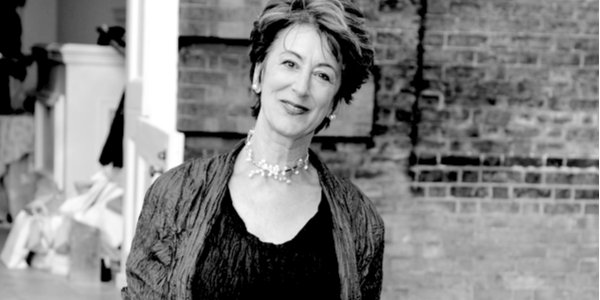 Maureen Lipman is confused. She thinks spending time in Europe ‘in exile’ is a good enough punishment for the rape of a 13-year-old girl. She also thinks pop stars dress like prostitutes, which is some cases is true, and that the #MeToo movement is ‘going too far’ in vilifying men for incidents that took place decades ago when standards of behaviour were different.

I have had my criticism of #MeToo also, namely over its lack of due process, but it does not surprise me that once again it is a member of the ‘older generation’ who does not get why the movement exists.

What we are witnessing here with Germaine Greer and the French feminists (whose names escape me and I couldn’t be bothered to look up), as well as Maureen Lipman, is that this generation of millennial women are rejecting the sexual free-for-all legacy that was handed to them by their mothers and grandmothers. And I say – good luck to the millennials, this counter-revolution is long overdue.

The legacy of the boomer feminists can be summed up thus. Lipman says: ‘We’ve got to stop judging everybody now on the mores of then. In the Sixties it was plausible for a young girl to be brought to Jack Nicholson’s house and left with Roman Polanski. It wasn’t an unusual thing.’ Exactly. This exactly demonstrates the poisonous legacy that was the 60s sexual revolution. It wasn’t about instilling respect for men or women or doing away with double standards. It was and remains a legacy of exploitation: a ticket for the already powerful to exploit the weak.

The 13-year-old being raped didn’t ring alarm bells, we are told. It was probably all the LSD they were taking. The hipsters didn’t object to 13-year-old girls being farmed out to actors two or three decades their senior. Lovely.

Well, if you didn’t object then you are part of the problem and you might want to take a long hard look at the values you imparted to your sons (and daughters) if this was the mores of the time.

This is typical tosh from a boomer feminist. Let me tell you a little about what I broadly define as a boomer feminist, shall I? The boomer feminists had it all. They were raised in traditional, conservative bourgeois families and communities and got all the benefits that this set-up offered.

Then, when they came of age, the boomer feminists said, sod that, I want the sex and I want the job and I want it now, all the while living off the legacy of a conservative society. First, as they entered the workplace their mothers could care for any of the kids that came along because they had been young mothers, having married young themselves. So, granny was 44 and not 64 as is the case for millennials entering the work force now.

In the dating scene the guys the boomer feminists were seeing had been raised by the same 1950s conservative fathers and mothers. Now I’m not saying the guys would not have tried it on (or worse) but I believe there was a big difference between these men (who had to work hard to make their way through the bases) and the ‘men’ that millennial women face now – you know the type, who asks for oral sex on the first date from a girl ten years his junior.

That did not happen in the 50s as a matter of course but once the 60s hit, ‘it was plausible for a young girl to be brought to Jack Nicholson’s house and left with Roman Polanski. It wasn’t an unusual thing’. I’m sure. It wasn’t unusual for Harvey Weintsein to prey on young actresses either, but it didn’t make it right.

So good luck to the millennials and their counter-revolution. Whatever they come up with has got to be better than what the boomer feminists have given them.