NewsPaperthe art of publishing
HomeNewsWho’s responsible for the Gaza deaths? The Hamas and their Western media...
0

Who’s responsible for the Gaza deaths? The Hamas and their Western media enablers 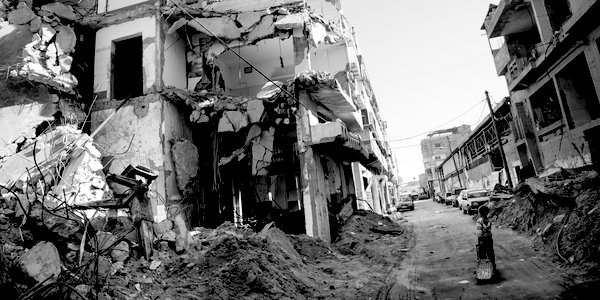 The toll in today’s Gaza riots (according to the Hamas) currently stands at around 55 Arabs dead (amongst whom, say the Israelis, are at least ten Hamas terrorists); that toll may well rise with further riots threatened tomorrow and the day after.

The people who caused these deaths are the Hamas themselves. But the people at whose door these dead Arabs should be laid also include the BBC and those in the rest of the British and other media who have acted their part in the script the Hamas has written: to cause as many Gazans to lose their lives as possible, the younger the better, so that the Western media will portray Israel as wanton and disproportionate killers.

The media has duly obliged by calling what’s been happening at Gaza’s border with Israel, today and previously, ‘unarmed’ demonstrations or ‘protests against the US embassy move’. It was nothing of the kind. As I wrote here yesterday, by the Hamas’s own lights this is an attempt by tens of thousands of Arabs to storm the border in order to invade and destroy Israel.

If they do break through, no one can be in the slightest doubt that they will massacre the Israelis. In the words of the Hamas leader in Gaza, Yahya Sinwar: ‘Tear their hearts out.’ This is not a metaphor.

Facebook pages affiliated with Hamas are uploading maps that show the proximity of the riots to Israeli communities. ‘There’s no other way to understand these pictures than as a threat against these communities,’ says the IDF spokesman, Brigadier General Ronen Manelis.

That’s why Israel has built extraordinary defences to protect its most vulnerable citizens who live close to the border. And it is a lie to say, as the media continue falsely to report, that this great mob is unarmed. They are using petrol bombs, IEDs, flaming kites.

Their tactics have been described by Israel’s security service, the Shin Bet. Captured Gazans have told them that Hamas has warned its members to stay away from the security fence during the riots lest they get shot, while actively encouraging Palestinian civilians – particularly children and teens – to approach the border. ‘There is a prohibition for Hamas operatives to approach the border from a fear that they will be killed or captured by IDF troops, unless the security fence falls; and then they must enter, armed, into Israel under the cover of the masses and carry out terror attacks.’

And surprise, surprise, Iran (which has been funding and training Hamas for some time) is behind this:

‘From the information we have, it appears Hamas is encouraging and sending protesters to the border fence in order to carry out violent acts and damage security infrastructure. In addition, it was found that Iran is providing funding to Hamas in order for it to carry out these violent activities along the Gaza Strip’s border fence,’ the Shin Bet said.

For the media to portray this as a protest – moreover an unarmed protest – is to perpetrate a lie that is beyond wicked. Those 55 dead Arabs, and however many more will be sacrificed tomorrow and the next day as cannon fodder on the basis that the Western media will report this as ‘unarmed protest’, are therefore being killed for the BBC and other media who have been dutifully playing their role in this infernal propaganda charade.

The British government is scarcely any better with its morally obtuse behaviour. ‘We are concerned by the reports of violence and loss of life in Gaza,’ said a spokesman. ‘We urge calm and restraint to avoid actions destructive to peace efforts.’

Oh, really. When did the British government voice its concern at the threatened invasion of Israel and slaughter of its citizens? I must have missed it. The British government has a moral duty not only to support Israel against this invasion but also to tell the British people the truth about what is happening and why Israel is being forced to take such action. It has not done so.

Instead, Mrs May’s government continues to help the Arabs weaponise the issue of Jerusalem – and therefore delegitimise Israel’s existence – by refusing to accept today’s game-changing US embassy move to Jerusalem; and furthermore is opposing and undermining the US-led attempt to neutralise the Iranian regime that daily threatens Israel with genocide.

Now also we can see the profound antisemitism of Amnesty International and others. Amnesty tweeted: ‘We are witnessing an abhorrent violation of international law and human rights in Gaza . . . This must end immediately.’

We are witnessing an abhorrent violation of international law & human rights in #Gaza. 38 confirmed dead, including 6 children, with close to 2000 people injured. Many are reporting injuries to the head and chest. Over 500 injured with live ammunition. This must end immediately.

What Amnesty means is that Israel’s self-defence must end immediately. We must therefore conclude that Amnesty would be unmoved by the inevitable consequence: the invasion of Israel and slaughter of Israelis. For Amnesty, it seems, Jewish lives don’t matter.

And that goes for everyone else demanding that Israel now desists from doing what every other country on earth would do if facing a potential mob of 250,000 invaders bent on conquest and mass murder: defending itself as best it can.

Not a word of condemnation of the Hamas for attempting a violent invasion. Instead, Amnesty screams that Israel is breaking international law. Israel is breaking no law by defending itself. It is Hamas which is guilty of multiple war crimes in using unarmed Arab civilians as cannon fodder behind whom it hides its weapons.

But here’s the really revolting thing about the West’s Israel-bashers. What really gets them is that no Jews have been killed today. They think it’s outrageous that 55 Arabs were killed and not one Israeli. So just how many Jews need to be killed in order to even up this debauched notion of equivalent worth?

Jews have died in their millions over the centuries at the hands of those who simply hate Jews. Hamas are the latest manifestation of this evil. But in Israel, the Jewish people now has the means to defend itself; and it goes to enormous lengths to guard every life because so many have been lost.

Yet these Israel-bashers complain that this is somehow not cricket, that the Jews need to die – because it’s not fair that they are killing their would-be killers instead. So they portray the Jews as the killers and their genocidal Arab attackers as their victims. Just how disgusting is this?

At times like this we can see how these parts of the West are signing their own death warrant. Well, guess what – in Israel, the Jewish people said ‘never again’. This is what that looks like.