NewsPaperthe art of publishing
HomeNewsWho’s Who? A real woman or a man in disguise?
84

Who’s Who? A real woman or a man in disguise? 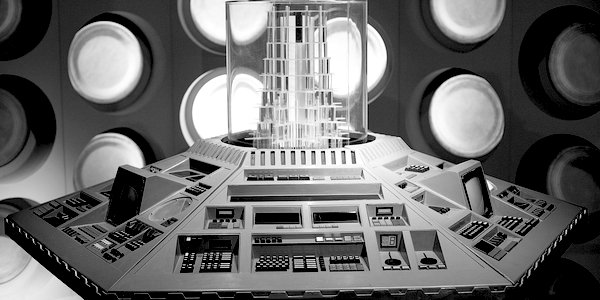 Last Sunday saw the much-heralded first episode of the latest Dr Who series. With ever-increasing ballyhoo we were introduced to the 13th Doctor, Jodie Whittaker, the first female in the role. This was hailed as a bold step forward for women, another glass ceiling shattered, another cultural blow against the patriarchy.

But look at the supporting cast of the Doctor’s companions and the nature of the production is revealed. The actors themselves are a credit to the casting director’s skill. With the parts they play, however, we are presented with stereotypes.

Ryan, a young vlogger played by Tosin Cole, ticks three boxes. He is both black and a tortured soul locked in anxiety because of dyspraxia. His difficult relationship with his step-grandfather tosses in intergenerational conflict. Ryan is a bit of a loose cannon, ever ready to rush into action without a great deal of thought.

The step-grandfather Graham is played by Bradley Walsh. As a middle aged/elderly white man, Graham is naturally enough the ninny of the Doctor’s companions. British Asian actress Mandip Gill plays Yasmin, a trainee cop who is the only clear-headed member of the supporting cast. So far so stereotypical.

But it is Jodie Whittaker who carries the weight of the series. The intent of the BBC in having a female Doctor was neatly summed up by the reaction of Lucy Mangan in the Guardian, ‘I hope intersectionalist feminist propaganda is always this much fun’. One Reddit contributor applauded the change with the hope that ‘it’ll redress the representational balance in the cultural universe an infinitesimal fraction’.

However, contrary to the BBC’s intent, the programme is likely to be yet another feminist blow to the cause of women.

Although only the first episode has been screened and the character of the new Doctor is still to evolve it appears likely that we are being presented with the usual substitution of a female playing a male role. The only thing which changes is the sex of the actor; the character remains a man. Will Whittaker’s Doctor be qualitatively different from the previous 12, or will the character remain the essentially male Doctor merely played by a female?

Probably the worst example in a crowded field of sex substitution was the recently screened Donmar Warehouse Shakespeare season. Julius Caesar, one of Shakespeare’s most masculine plays with only two small parts for women, was set in a women’s prison. Harriet Walter was, as we would expect, excellent as Brutus. It was possible to forget her sex and just see good acting; she played Brutus as a man. But, as with the rest of the resolutely edgy production, we were forced to ask: What is the point?

The argument goes that in Shakespeare’s day males played the female parts and that today’s all-female productions redress the balance. But there is a difference. In Shakespeare’s day everyone knew the actors playing women were men pretending to be women, the actors knew it and the audience knew: it was acting. Today we have substitutions where we find actresses openly playing male characters as women but the characters are still essentially masculine characters. It is not men pretending to be women; it is women saying: ‘We are men.’

The classic example of substitution in the cinema is the all-female Ghostbusters which bombed at the box office. The original movie’s all-male crew were replaced by an all-female team who basically brought nothing feminine to the roles. They were only women acting as women being men. The progressive mantra is that anything a man can do a woman can do at least as well and usually better. Instead of remaking Ghostbusters as women being women they chose to use women being replacement men.

This is conventional today. In the 2017 Wonder Woman starring Gal Gadot we have not just the woman being a man, but the woman being the Superman. In a telling scene, after mostly clearing a village of enemy soldiers, the unit headed by Wonder Woman is pinned down by an enemy sniper in a church tower. The unit’s own sniper, the Scotsman Charlie, is unable to take out the enemy sniper although having him in his sights. The male is impotent, and so Wonder Woman has to assume the male role. The men prop up a steel shield and Wonder Woman uses this as a platform to enable her to leap the top of the church tower and demolish it.

Earlier in the film we had seen Wonder Woman leap prodigious distances and heights, but it was necessary for the film’s propaganda message for her to stand on men to solve the problem. The church, the masculine symbol of power and tradition, is destroyed and the people are freed from the enemy. Yet throughout all this Wonder Woman is not actually a woman, she is just a more shapely Superman, Batman, or any other male comic book hero.

Perhaps the new Dr Who will be a female Dr Who and not just a woman playing Dr Who. But given that this is the BBC, don’t hold your breath.

Share
Facebook
Twitter
WhatsApp
Email
Previous articleCan Right and Left ever be friends?
Next articleMary, Mary, quite contrary, how do you come up with this nonsense?