NewsPaperthe art of publishing
HomeNewsWhy, and what next? The questions Stephen Hawking couldn’t answer
0

Why, and what next? The questions Stephen Hawking couldn’t answer 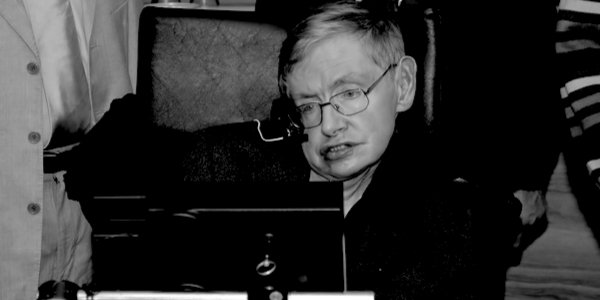 Did the universe have a beginning? How did it begin? Why did it begin? The world’s most iconic cosmologist and mathematical physicist answered two of the three most fundamental questions of existence. The first two questions are cosmological. The third question is philosophical.

Stephen Hawking became a blazing symbol of how a tenacious human spirit can triumph over a frail body. He refused to let motor neurone disease disable his prodigious scientific mind. Sadly, the genius who was elevated to Sir Isaac Newton’s chair of Lucasian Professor of Mathematics in Cambridge at the age of 37, ended his existence without answering the third question.

Should a professor of physics attempt to answer a question of metaphysics? Evolutionary biologist and atheist Stephen Jay Gould was emphatic that science and philosophy (or theology) were two separate conceptual domains. The Harvard professor coined the acronym NOMA (Non Overlapping Magisteria) to describe the Berlin Wall of separation between the two disciplines.

Hawking dared to transgress the boundaries between physics and metaphysics and boldly address the question of ‘why’. He attended the Vatican Conference on Cosmology in 1981 where Pope John Paul II was addressing the ‘unanswered problem concerning the beginning of the universe’. Hawking’s biographers White and Gribbin describe how ‘Hawking sat impassively in his wheelchair listening’. At this conference Hawking announced his ‘no-boundary’ theorem – a scientific attempt to explain the origin of the universe.

Seven years later, Hawking would write the bestselling but little-read book (on average, readers get 7 per cent of the way through it) on cosmology, A Brief History of Time: From the Big Bang to Black Holes. The book ends with Hawking asking the ‘why’ question. ‘What is it that breathes fire into the equations and makes a universe for them to describe? . . . Why does the universe go to all the bother of existing?’ Disappointingly, Hawking is unwilling or unable to answer the most important question of existence.

The mystery of existence would plague him over the next two decades until he returned to it in The Grand Design (2010). ‘We wonder, we seek answers . . . Where did all this come from?’ he wrote. ‘Did the universe need a creator? Most of us do not spend most of our time worrying about these questions, but almost all of us worry about them some of the time.’

Hawking restated the ancient philosophical questions. Why is there something rather than nothing? Why do we exist? Why this particular set of laws and not some other? ‘Some would claim the answer to these questions is that there is a God who chose to create the universe that way . . . We claim, however, that it is possible to answer these questions purely within the realm of science, and without invoking any divine beings,’ Hawking replied.

He ruled out a supernatural being as first cause of creation but in its place offered an answer that was by the same token non-material and metaphysical! It was also philosophically unreasonable and scientifically unverifiable. ‘Because there is a law like gravity, the universe can and will create itself from nothing. Spontaneous creation is the reason there is something rather than nothing, why the universe exists, why we exist. It is not necessary to invoke God to light the blue touch paper and set the universe going,’ he contended.

The greatest scientific mind of the century, who developed the Big Bang theory (first proposed by the Belgian priest, astronomer and cosmologist Fr Georges Lemaître in 1927) and demonstrated that the universe did indeed begin at a point in time, failed to answer the question of why the universe began at all. Why did nothing not remain nothing? How did something come from nothing?

Hawking could have drawn on philosophy to answer the question of ‘why’. ‘Traditionally these are questions for philosophy, but philosophy is dead,’ he wrote with an uncharacteristic flash of hubris. Ironically, his statement about philosophy was ‘manifestly not a statement of science’ but ‘a metaphysical statement about science,’ observed Oxford mathematician Professor John Lennox in response to Hawking.

Stephen Hawking is dead. Philosophy is still alive. There is a fourth question that Hawking was unable to answer. It is the question of what happens after we die.