NewsPaperthe art of publishing
HomeNewsWhy are we hearing about polio again?
106

Why are we hearing about polio again? 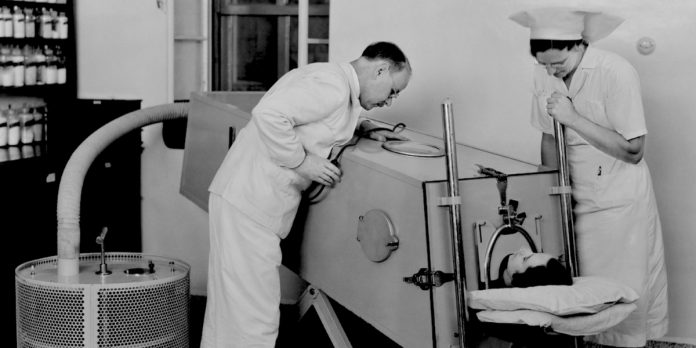 FOR those of us of a generation to think polio had been eradicated, yesterday’s headlines invited us to think again. We have been told that it has been detected in two samples of sewage in London making me wonder for starters: ‘Why is someone slopping about in the London sewers looking for polio?’ followed by a second question is: ‘How did it get there?’ To be fair there will be a routine sampling system ongoing for many bacteria, viruses etc. So, we must take them at their word that that polio has genuinely been found and that it is novel in the sense that it is a re-emergence.

I am old enough to have gone to school with people who had contracted poliomyelitis in their youth and suffered various degrees of paralysis. I don’t need any lectures on how dreadful a disease it is and that vaccines have probably played a major part in its eradication, at least in Britain.

So, the question remains as to where it came from and how it got here. One explanation given by Professor Adam Finn of the JCVI on the BBC PM programme is that this is a vaccine derived polio virus (VDPV), in other words that the virus may be derived from the vaccines. I feel we ought to have been told about this before but, rack my brains as I might, I don’t recall ever hearing of this phenomenon. But, apparently, this is nothing to worry about anyway as there have been previous detections and according to the UKHSA: ‘These previous detections occurred when an individual vaccinated overseas with the live oral polio vaccine (OPV) returned or travelled to the UK and briefly “shed” traces of the vaccine-like poliovirus in their faeces.’

This latter route is not much of a threat these days as only attenuated (ie not live) vaccines are used for polio. But, given that even the attenuated vaccines can also lead to this shedding, it seems remarkable that the solution to the potential problem, according to the UKHSA, is to ensure that children are vaccinated. It would be hard to make this up. It is hard also not to see the tentacles of the Bill & Melinda Gates Foundation in all this. After all, they are up to their necks in the polio eradication programme. The Foundation is responsible for operating polio surveillance and implementing the programme, but it is not clear in their website from whom they purchase the vaccines. However, one company is known to manufacture polio vaccines and that is Merck, fifth in the Big Pharma league in 2020 with profits of $46.84billion. A new market for the vaccines must seem like manna from public health heaven.

But is there another possible source of polio, not detected in the United Kingdom since 1984, which is not being alluded to? I speculate but, by the good offices of Google, it transpires that polio is eradicated worldwide except in Pakistan and Afghanistan, thanks to Muslim fundamentalism and the Taliban. Could this be the problem? We have been the destination for thousands of immigrants from Afghanistan following the withdrawal of western forces  In addition, in 2021 the UK finalised a treaty with Pakistan on illegal immigrants. In that year alone the UK granted more than 53,000 visas to Pakistani nationals. These included 9,700 student visas, representing a 78 per cent increase, and 4,600 work visas, a impressive increase, the British High Commission in Islamabad noted happily, considering the impacts of the Covid-19 pandemic. Lockdown did not deter that travel.

What the British public deserves to know is whether this is a hyped up story about some insignificant vaccine shedding or whether our generous immigration and asylum policy is resulting in once vanquished diseases such as TB and polio being reimported to the country?

The danger is that instead of demanding full medical checks of immigrants, the government puts more pressure on people to be constantly vaccinated whether they need it or not or whether the vaccines themselves are shedding the virus.

In this case that is exactly what is happening – we all invited to get our polio booster. It is a win-win for big Pharma while not so good perhaps for our health?