NewsPaperthe art of publishing
HomeNewsWhy aren’t Brits welcome down on the farm?
0

Why aren’t Brits welcome down on the farm? 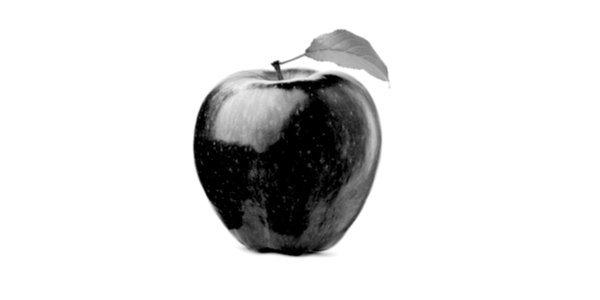 WHY, when so many Brits have had their work lives put on hold or, worse, brought to a crashing halt, are workers being flown in from across Europe to pick up temporary jobs? There are thousands of more-than-capable workers here already.

Reading that around 450 Romanians were ready to fly here to pick fruit and vegetables which would otherwise go to waste, the pessimistic side of my brain grumbled that we lazy Brits just don’t have what it takes to attend to our national needs any more. For once, I was wrong to have taken such a glum attitude.

It turns out that thousands of sprightly Brits are ready – nay, eager – to set to work wherever they are needed. Individual farms and large recruitment agencies have been overwhelmed by responses to their pleas for help.

Charities have been pulling out all the stops in this effort as well. Concordia, for example, has signed up more than 10,000 to help with picking through its ‘Feed the Nation’ scheme. Seventy per cent have never worked on a farm before.

So why are foreign nationals being flown in on charter flights after the Romanian government lifted restrictions on farm workers travelling overseas (how must we look to such countries?)

According to the recruitment firm Hops, only 9 per cent of British applicants are eligible for the jobs. Some of the reasons include the length of contracts, farm locations and work hours clashing with care responsibilities.

This will inevitably be the case for some. But I am sceptical that so many are incapable of accommodating themselves to the requirements. I have been in contact with a number of furloughed Brits who are very keen to find work on farms. Two friends applied to four farms, some local, others not (up to two hours away, in fact), and were very flexible regarding hours. They either heard nothing back or were redirected to various recruiters, again to no end, despite continued effort. I understand, anecdotally, that business owners have put their willing staff forward (seventy, in one case). Yet, again, they have heard nothing.

One explanation is that too many have applied for all to be properly processed, hence the lack of follow-up. But while one farm boss reportedly paid out £40,000 to fly in 150 Romanian pickers, it is hard to imagine similar effort being made to hire all the British workers on offer.

There is a reason for this: cost.

Farmers can pay foreign workers less by accommodating them in on-site caravans, most likely shared by three or four. British workers who have homes locally would not accept this. The Guardian reports that the most-cited reason for turning down farm work is precisely this: the refusal to live on-site in a caravan housing three others.

If there are serious problems for farmers’ profits arising from covering British workers’ pay, why do they not appeal to the government to foot part of the bill, since they are already paying people not to work? Wouldn’t this a better way for the Chancellor to direct taxpayers’ money, and for the economy and our health and food security than importing cheap and exploitable labour, and leaving a capable British labour force locked indoors and kicking their heels?

The head of the British Growers Association has suggested that since most workers on farms this year will be British recruits, experienced foreign workers need to be flown in to train newcomers. This is a sad indictment of the state we are in. It is hardly surprising if inexperienced British farm workers are struggling, as Saturday’s Times reported. Successive governments have consistently failed to bolster efforts to attract British workers into the industry yet immigration is not an optimal solution to agricultural labour shortages.

The advice of Migration Watch should be followed. There should be a progressive taper on the number of foreign permits issued, plus an employer obligation to offer farm/picking jobs first to locally available labour (as Canada’s similar scheme does) while steps are taken to encourage benefit recipients, students and ex-prisoners into the work.

Returning to business as usual when this is all over will not be good enough.