NewsPaperthe art of publishing
HomeNewsWhy aren’t we allowed to know what YouGov is telling the Government?
129

Why aren’t we allowed to know what YouGov is telling the Government? 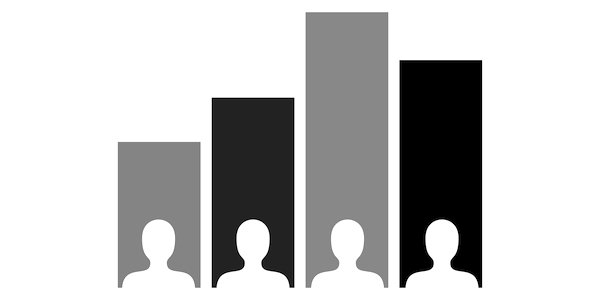 AS most observing minds will not have failed to realise, whenever a new government measure is released, invariably there is a poll produced to back up whatever has been floated by the Government and SAGE. This begs the question of what relationship exists between polling firms and the Government.

Over the course of 2020, polling firms (YouGov, Kantar, Ipsos MORI) received a total of £3.2million from the Cabinet Office, of which £2.4million went to YouGov. The figures are taken from the CO’s monthly declared spending over £25,000.

The results of the polling are reported to the Covid-19 Communication Hub, which is part of the Prime Minister’s Office and Cabinet Office. In terms of total significance for YouGov, the contract represents somewhere around seven per cent of the firm’s annual revenue from its UK-based operations (based on YouGov’s figures for the year ending 31 July 2020, p.55).

In response to a Freedom of Information Request I made to the Cabinet Office, which asked whether any of the polling data had been published, I was told it is in the ‘public interest’ to keep such information hidden. The Cabinet Office claimed this is in order to maintain ‘good government’ and ‘preserve a safe space for the development and implementation of policy’.

The adoption of wokeist claptrap such as ‘safe space’ itself is a deeply worrying sign of the extent to which Leftist ideology has permeated throughout government.

Nevertheless, given the significance of the decisions that are made in response to such polling – it seems clear that government is led by these polls, not by any conviction or ideological beliefs (as those once held by the Conservative Party; for example, small state, low taxation) – it is highly debatable that keeping this information secret is somehow in the public’s interest.

The citizens of the United Kingdom must know what information is being used to steer government decision-making during these unprecedented times.

Aside from the secrecy, there are some other facts of interest regarding the contract and its awarding.

YouGov was co-founded by the current Parliamentary Under-Secretary of State for Covid-19 Vaccine Deployment, Nadhim Zahawi, although he is no longer a shareholder in the company.

Nevertheless, until January 2018, Zahawi was a 50 per cent shareholder in ‘Zahawi & Zahawi Ltd’, after which stock was transferred to his wife, with her becoming the controlling party. Previous versions of the Register of Members’ Financial Interests have YouGov as one of Zahawi & Zahawi’s clients, but it is unclear in what capacity they were linked.

While there may be a perfectly reasonable explanation for such changes, one wonders whether it is an attempt at obfuscation.

Grounds for scepticism exist in taking Zahawi’s dealings purely at face value, notably in his volte-face earlier this year surrounding the introduction of vaccine passports.

In January he stated that: ‘We have no plans to introduce vaccine passports … no one … will be required to have a vaccine passport.’ This was followed just three months later by the claim that it would be ‘remiss’ not to consider their introduction. Readers must forgive me if, after such an abrupt 180-degree turn, my trust is not at an all-time high.

As stated, YouGov won the £6.5million contract in January this year. The description of the contract put out for tender stipulated the following broad requirements to be fulfilled: Lot 5 – Public Polling of a national representative sample of the UK public on a daily, weekly, monthly and ad-hoc polling requirement delivered primarily through an on-line panel with approximately one million participants.

On YouGov’s website, under the ‘Panel Methodology’ section , the company promotes its ‘carefully recruited’ panel of ‘over one million British adults’ which it uses in its polling process.

There are not many firms that can equal this claim. Of online polling organisations, only Survation claims a panel of a similar size, but since the start of the pandemic it has not done any polling whatsoever for the Cabinet Office. Populus claims a panel size of 150,000. I have been unable to find figures for other polling companies such as Opinium and ICM.

The contract’s requirements appear to match YouGov’s own promotional material quite handily, raising the question of whether perhaps the contract was so formulated for YouGov to win from the start.

It is also perhaps worth noting that Stephan Shakespeare, YouGov’s CEO, is a one-time Conservative Party general election candidate and former owner of ConservativeHome.

Given the apparent importance with which YouGov’s polling is treated by the Government, it is clear that its data must be of the utmost accuracy. This begs the question of where YouGov’s ‘carefully recruited’ respondents come from.

The answer is that anyone is free to sign up and start answering questions. I now rank among this elite, carefully-selected group, having spent 30 seconds filling out the required information. Demographic information forms part of the sign-up process, although at no step is there any attempt at verification of your details.

Indeed, searching online for information about filling out surveys for YouGov, I found myself linked frequently to a message board called ‘Beer Money UK’ , in which people discuss ways to earn small amounts of money online in order to have ‘beer money’ each month.

Given the grave, countrywide implications of polling results, one may hope that the opinions being relied on are not merely those seeking to earn a few quid on the side to buy a few cans of Heineken.

More broadly, it begs the question as to whether the kind of people who spend their time filling out online surveys for very small amounts of money are representative of the country at large, and what kind of demographic self-selects for such a task.

I would wager it is not the kind of people the country relies on to keep ticking. YouGov claims to adjust its polling data to take account of such things, but I remain sceptical.

During the course of the last year, the Government has grown increasingly unaccountable for its actions, granting itself powers unprecedented in British history. This has been done in the name of protecting the public from the risks of a virus.

Nevertheless, it is clear that government decisions are in large part informed by polling data that it commissions from YouGov – the results of which it is unwilling to reveal to the public despite the urgent need for transparency.

Further question marks are raised with the knowledge of interestingly specific government contracts put out to tender, the wife of the co-founder of YouGov – now current vaccine minister – repeatedly changing names on corporate filings for a company that used to have YouGov as a customer, and a ‘carefully recruited’ online panel of people trying to earn beer money informing the most vital policy decisions of a British government since 1945.

Perhaps everything is entirely above board, but we have a right to know on what basis life-altering restrictions to basic freedoms are made. The need for transparency is greater now than ever before.