Why beards don’t belong in the Army 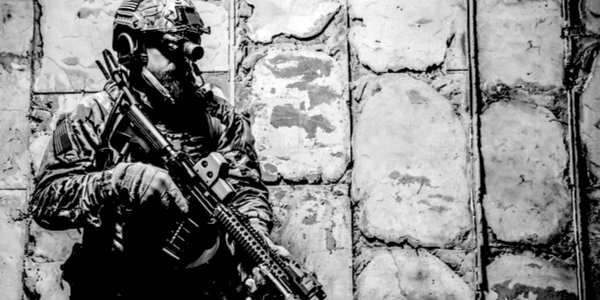 I SUSPECT that the early 21st century will be a fascinating time for anthropologists. In the City I watched the demise of the tie. When I started (1994) suit and tie was de rigueur (women were excused the tie, but still wore business suits). Contrary to some myths, the ties were most often spotted or patterned, sometimes loudly. I remember with affection a pink tie with blue dinosaurs. Then the emerging hedge funds, largely based in Mayfair, not the City, discarded ties and the habit spread like wildfire (not least because at the time hedgies were making vast sums).

Beards remained rare. Mrs Thatcher famously did not tolerate facial fuzz. The firebrand Labour MP Robin Cook shaved his when he became Foreign Secretary, presumably because of overseas disapproval. Fashion has moved on and now beards are very much part of the look for many young males. But not in the Army. In America a debate is developing, with a petition on the website change.org to allow beards in the US Army (whose senior Sergeant Major seems against). This ill-conceived campaign will no doubt be taken up by the mischievous in the UK.

So, what’s the big deal? Is a bearded soldier likely to shoot less straight, run less fast or be less brave? No, but that’s not the point and is the reductio ad absurdum argument.

The blindingly obvious point about soldiers is that, unlike every civilian profession, the individuals are undertaking a duty that comes with an unlimited liability of death or serious injury. They have also undertaken to kill. Delivering on that solemn and sombre duty in the challenging chaos of a battlefield requires strong group cohesion. Building that, in part, comes from a uniform appearance which betokens a tight culture, unlike anything in the non-military world. Self-discipline is another part of it, and smart turnout (shiny boots, pressed clothing etc) is a further contributor.

As regards beards, the mainstream British Army has eschewed them for over a century, although moustaches are allowed within certain constraints. There are exceptions for special forces troops operating under cover, for medical and religious reasons as well as, bizarrely, for the pioneer sergeant in some infantry regiments. There is at least one practical reason: beards don’t easily fit under gas masks. In the Cold War, where much of the Army was permanently at six hours’ notice to fight World War Three, wearing a beard was simply not sensible.

It may well be that there are now some arguments for wearing beards – in some cultures they are a sign of wisdom. It’s hard to see the Army making it mandatory of course, as that would discriminate against women.

It’s also unarguably the case that the Army has bigger problems: an equipment programme that’s in a mess, organisational challenges, the fact that half its infantry is light-role and unlikely to survive on a modern battlefield.

Measuring the cohesion of a subculture such as the Army is nigh on impossible. Traditions, appearance, iconography and the like all contribute intangibly. While many traditions may be inherently silly, chipping away at them one by one is risky (one does not know the important ones until they’re gone) and adds nothing.

The current campaign was, it seems, started by a serving American soldier. Which bit of ‘no beards’ had he (presumably) not noticed when he joined? I hope the crusade withers, but fear it will become a cause célèbre and quite possibly a cause Celeb.