Why Biden is Putin’s appeaser and enabler 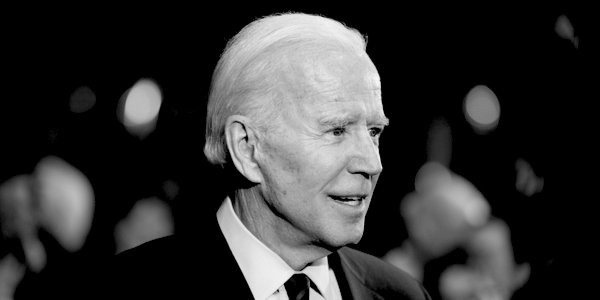 It claims that today, Wednesday, is the likeliest date for Russian invasion. But Ukraine itself denies that invasion is imminent. Ukrainians go about their normal business and hit the ski slopes at weekends.

How to explain the differing US and Ukrainian postures?

One possibility is that the Ukrainian government is underestimating the risks of war in order to lower the economic risks.

The Ukrainian currency is weak. Since 2021, most Western governments have cautioned against travel to Ukraine. But I doubt the Ukrainian government is distorting the risks.

The Ukrainian economy is not dependent on foreign direct investments. Most of its military imports arrive as aid. And in January of this year, the European Commission proposed financial aid worth more than 1.3billion dollars.

Another explanation for the gap between US hysteria and Ukrainian denial is intelligence failure. Ukraine has better human intelligence, while the US has the best technical intelligence.

They must be sharing their intelligence on Russian deployments, even if they do not reveal methods and sources. Yet Ukrainians refute US estimates of ‘imminent’ Russian invasion.

Westerners too should be sceptical. Remember August 2021? The US intelligence community failed to reach a consensus about the origins of Covid-19 despite a presidential directive for a community-wide reassessment. Meanwhile, Afghanistan collapsed before Biden’s scheduled withdrawal.

Biden blamed the estimates. The intelligence community leaked estimates that predicted collapse. But they were still off by weeks to months.

A US drone subsequently killed an Afghani aid worker and his family, who the Biden administration touted as the leader of the Islamic State suicide bomber that killed 13 American servicemen at Kabul airport.

In February 2022, the normally loyal American media questioned the administration’s claim that the Islamic State leader in Syria blew up himself and his family, rather than be taken by US special operators. The administration slapped down journalists’ requests for evidence of Abu Ibrahim al-Hashimi al-Qurayshi’s alleged familicide.

In the same week, the administration claimed that Russia had filmed a fictional crime by fictional Ukrainian troops as a pretext to war. Ned Price, the State Department’s spokesman (and a former CIA officer), briefed journalists about ‘declassified intelligence,’ then refused to produce it.

During an impatient rebuttal, he unguardedly revealed that the community is not ‘confident’ enough to release this intelligence.

The final discreditation of the administration’s intelligence is the ambiguity of its own responses. If the US knew that Putin was intent on war, it should have reconciled its policies back in November, when it warned of 100,000 Russian troops on Ukraine’s border – or back in April, when it expressed alarm about Russian military exercises on the same border.

For months, the administration has described invasion as ‘imminent.’ Nevertheless, only in the last couple of weeks has it evacuated diplomatic personnel and transferred military personnel to Ukraine’s neighbours. These movements, by the way, won’t be complete until after today’s supposed optimum invasion date.

To be fair, Putin’s intentions are unusually difficult to estimate. He is deploying forces on bare steppes for every satellite to see, but capabilities do not prove intent.

In November, anonymous intelligence officials leaked their community’s assessment that either Putin hasn’t decided what to do, or has kept his decision to a tight circle. (Years ago, his regime took to recording certain correspondence on electric typewriters that cannot be hacked).

On January 26 this year Biden said, in one of his rare unscripted comments: ‘I don’t even think his people know for certain what he will do.’

Speaking for myself, I estimate that Putin deployed his forces to gain concessions from Nato and Ukraine, without intent to invade. He has succeeded so far. Yet, perversely, the Biden administration is raising the risk, by both overestimating and under-controlling it.

Overestimating the risk prepares the public for bad news. If Putin were to invade Ukraine, Biden could say: ‘I told you so.’ Then he is less likely to be criticised for ignorance or unreadiness. Indeed, this might have been the root motivation for the administration to over-estimate the risk all along.

Furthermore, the administration’s overestimates and poor evidentiary standards are easy for Putin to spin as American threats and disinformation. Both Biden and Putin are primarily manipulating ambivalent domestic electorates.

Over the many months in which the administration has focused on the issue, it has avoided any commitments to defend Ukraine. The few belated reinforcements it has ordered are for Nato members. Ukraine, as a Nato partner, has received equipment, training personnel, and advisers – not defenders.

Instead of promising to defend Ukraine, Biden has pledged to punish Russia. The punishment would be delivered after any invasion. And it would be economic, not military.

His regime is less vulnerable to sanctions today than in 2014. It has signed trade privileges with China, on-shored its finances, and expanded its State-owned fuel exports to continental Europe. Biden’s loyal media admit none of this, except to blame Putin’s boldness on Germany’s fuel insecurity.

Britain, which is not dependent on Russian fuel or EU policy, pledged ‘unwavering support for Ukraine’s territorial integrity’ back in November. Thereafter, Boris Johnson had to fall in with Biden’s subsequent policies to threaten more sanctions against Russia, increase aid to Ukraine, and send reinforcements to Ukraine’s neighbours.

Criticising the US does not deny the failure of Nato’s European members, bar Britain, to invest commensurately in the alliance. More importantly, criticising the Biden administration’s reaction is not the same as endorsing Putin’s proaction.

Putin should not be appeased or enabled. The point that Biden’s loyal media avoid is that Biden is Putin’s appeaser and enabler.

After Biden initiated Western advisories for citizens to leave Ukraine, Britain’s Defence Secretary Ben Wallace said: ‘It may be that (Putin) just switches off his tanks and we all go home, but there is a whiff of Munich in the air from some in the West.’

Like Hitler, Putin is an indecisive expansionist but a rash opportunist. When the other side appeases and enables, opportunists escalate. Putin learned this in 2014, when Biden was vice-president. Unfortunately, Biden has learned less than Putin from the Obama administration’s hubris.

President Xi Jinping of China has learned too. Putin and Xi have moved from economic co-operation to military co-operation. They recently issued a joint declaration against Nato expansion.

Contrary to pleas from otherwise astute American politicians, to forget Russia in order to focus on China, appeasing one emboldens both.