NewsPaperthe art of publishing
HomeNewsMy nightmare editor Paul Dacre and why he should get the Ofcom...
127 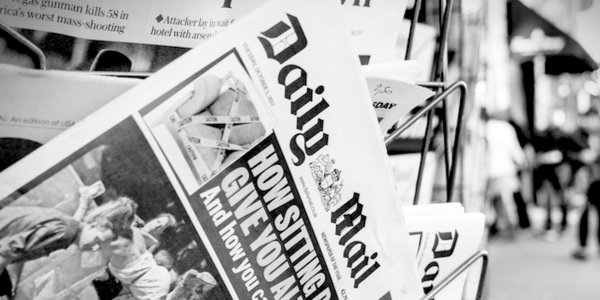 RECENTLY there was a selection process to find the next chairman of the media regulator Ofcom. The former Daily Mail editor Paul Dacre, by all accounts the Prime Minister’s favoured candidate, was interviewed with three others on the shortlist. So far, so routine. Mysteriously, however, the process was stopped at this point and Culture Secretary Oliver Dowden announced that it would be re-run. According to various reports, including this one in the Telegraph, there had been intensive lobbying against Dacre by Big Tech including Facebook and Google. To my mind, nothing could be clearer evidence that Dacre is the right man for the job.

Paul Dacre is seven months older than I am, and I have known him for 41 years, since 1980 when he joined the Mail in London from its New York bureau. I was already on the Mail staff as a sub-editor and I can clearly remember him as a noisy, obstreperous, burly presence in the news room (he has the physique of a rugby player). In 1992 he became editor and from then on he was my boss.

He will take it as a compliment that he was a nightmare to work for. Anyone coming into the office at 9.30pm, when the paper was 15 minutes from the deadline when it was due to go to the printers, would have seen Dacre in full flow, yelling and screaming because every single thing was wrong, and would have wondered where on earth were the men in white coats. He would often be so angry that he could barely get the insults out. I can tell you that trying to write a headline with a furious Dacre haranguing you from six inches away is not conducive to inspiration. (He was generally polite to women – on one occasion he swore graphically at someone standing just behind me and immediately followed it with ‘I didn’t mean you’ to me.)

Dacre and I crossed swords several times. I won’t go into detail save to say that I think we came out of it honours more or less even. I am now (enormously happily) retired while Dacre, at 72, is languishing on the top floor of the Mail building in Kensington as editor-in-chief of the Mail group. In practice this means watching his successor as editor, Geordie Greig, undoing all the work he did over 26 years.

Despite all the foregoing, Dacre is honest, and you can’t say that about every Fleet Street figure. He rarely stabs people in the back: he does it from the front. He is not emollient – he says what he means. He would find it very difficult to lie or dissemble, and that is why Facebook and Google have got it in for him – he doesn’t conceal his view that they are too big and powerful. There will be no desire at the BBC either to see him in charge of Ofcom, given his vociferous criticism of the corporation on umpteen occasions.

I am out of every loop and I have no knowledge of what has been going on in newspapers over the Covid ‘crisis’. What I am as certain of as I can be is that if Dacre had been editor of the Mail he would not have published the outright lies that have been the stock in trade of the MSM throughout. The sins have been of omission as much as commission, for example talking of frightening numbers of ‘cases’ without qualifying that by saying how many are actually unwell (very few), and quoting hospital admissions without similarly giving the numbers being discharged. The numerous protests against restrictions have gone virtually unreported. The pronouncements of the discredited Professor Neil Ferguson and his mob at Sage are treated as holy writ. My guess is that it has been forcefully pointed out to the editors, in so many words, that the welcome torrent of government advertising which has come their way is dependent on their toeing the line. My further guess is that if they had tried that on with Dacre he would have used some of his habitual obscenities and then reported the bribery attempt on Page One.

Well, Paul, you’ve been a big part of my life, and sometimes I have not been all that happy with you. However you have great strengths and if your honesty and forthrightness mean that you do not get this job for which you are so well suited, it will be a shocking travesty. Best of luck.

PS: Facebook’s emissary is Nick Clegg, so that’s a good start for you.