Why Canada’s culture of death concerns us all 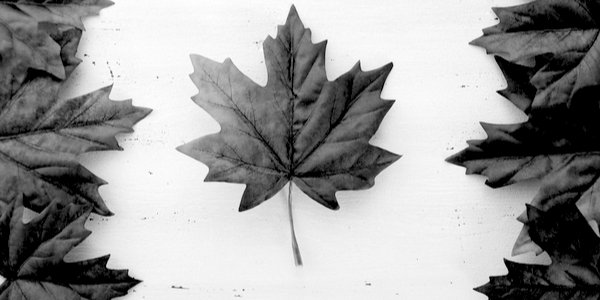 CANADA is poised to legalise euthanasia for disabled and mentally ill people.

Euthanasia is a horrible subject for open discussion as it scores high on the Richter scale of both fear and emotion. The Slippery Slope Argument and the shadow of eugenics can cloud out any hope of rational discourse. The debate naturally swings from individuals’ right to live, and hence to die, in a manner of their own choosing, to whether a just society ought to seek all means to preserve life.

In the US, Canada’s neighbour, euthanasia is illegal in every state, including Oregon where folks have nonetheless been killing themselves under legislative cover of the Death with Dignity Act (DWDA) since 1997.The statute permits ‘terminally ill Oregonians to end their lives through the voluntary self-administration of a lethal dose of medication, expressly prescribed by a physician for that purpose’.

It has been hailed as a great success, and a bonus is that as ‘participation’ under the DWDA is legally not suicide, the costs may even be covered by insurance.

Canada’s Supreme Court was clearly influenced by events in Oregon, and imposed a positive right to euthanasia in 2015 with its ruling ‘Medical Assistance in Dying’ (MAID). Parliament then legislated to include ‘some protections’, prime among them being that death must be ‘reasonably foreseeable’ to qualify for a lethal jab.

MAID was only the start for Canada. Advocates for euthanasia continued to agitate to expand eligibility, citing developments elsewhere in the West, such as Germany, Switzerland, and Holland, who all have forms of euthanasia. They filed multiple lawsuits, one of which was successful in coercing doctors to participate by a court ruling that a patient’s right to be euthanised trumped their doctor’s conscientious objection.

There has been resistance, notably from disability rights campaigners and religious groups, but last month the ‘Liberal’ Party, aided by the  Bloc Québécois, pushed a Bill that will massively expand eligibility for euthanasia in all Canadian provinces through the House of Commons.

The Bill, which is expected to pass the Senate, includes the following provisions:

·         The requirement for a‘reasonably foreseeable death’is deleted, introducing the possibility of euthanising people with non-life-threatening disabilities, individuals diagnosed with dementia though still competent, children, and the mentally ill.

·          People whose solemedical problem is mental illness will explicitly qualify for euthanasia.

·         There will be no waiting period required between request for death and ‘termination’ for people whose deaths are reasonably foreseeable. This means that someone with an unspecified life expectancy could theoretically be killed immediately upon request.

A committee of ‘experts’ (always a concern) is to be established to review the next steps in the development of the programme, and to consider, for example, whether to permit those diagnosed with dementia to instruct in an Advance Directive that they be killed at some point in the future when they become ‘mentally incompetent’. The committee will also examine access to palliative care, which is currently available to only 15 per cent of Canadians, and give ‘full consideration’ to how to ‘facilitate’ pediatric euthanasia (the killing of minors).

Disability rights activists have fought these developments long and hard, and they are shocked by the speed at which their elected representatives have acceded to them. It will take them time to regroup and to rethink their position.

Why does any of this matter to the British? Canada is a sovereign country and makes its own way in the world. It does, however, retain Elizabeth II as Queen and Head of State, it is a member of the Commonwealth, and much of its population continue to be linked to this country by strong familial ties.AsWesley J Smith writes from the USA: ‘If the culture of death can take root so quickly and deeply there, it can here, too’.