Why can’t the royal wedding planners run the railways? 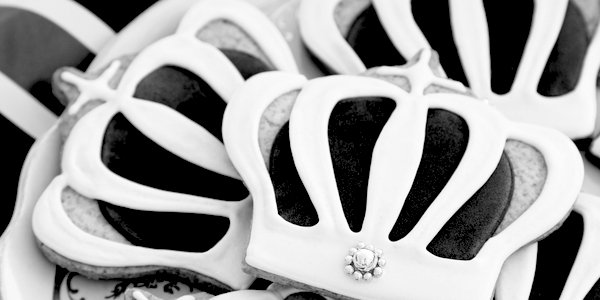 I had no interest in this royal wedding. From the yards of news coverage in the weeks beforehand, and from glimpses of overweight women camped out in the streets of Windsor wearing idiotic Union Jack spectacles and silly royal face masks, I got the impression that two rather dull people were about to get married in circumstances of the utmost vulgarity. The nuptials were due at noon. As I was going out at 11.30am to a much more important event – life painting in the local community centre – I switched on the TV just to see what was happening in unlucky Windsor.

The patriotic crowds were still there, braying louder than ever, and guests were going into St George’s Chapel. After a few moments I found myself fascinated by the lack of fascinators, those minute bits of wire and feathers you used to fix on the side of your head for a huge price; they’d obviously been replaced by brightly coloured satellite dishes and tall vertical feathers. One woman was sporting what looked like a knife block.

Then came George and Mrs Clooney, she in a dress and hat the colour of richest, deepest free-range egg yolk. That was the moment that I hesitated about going out. I sat down again and began celeb-spotting and commentator-questioning. Posh and Becks arrived, she dressed for a pauper’s funeral, wearing the face of a poisoned shrew. Almost everyone was in couples, but Fergie turned up quite alone, making her usual gauche gestures. None of the BBC reporters mentioned her at all and pointed out John and Norma Major only after they’d gone in.

Princess Beatrice, famous for wearing a loo seat as a hat at the last wedding, fought very shy in a sedate turban. Camilla, however, had managed to stick a gigantic pink dahlia on her head. I didn’t see them until I returned in the late afternoon and had to wait several hours for the TV highlights. I had been secretly wondering about the wedding all day and felt watching it would be quite an indulgence. I wasn’t disappointed. It turned out to be the most interesting and entertaining TV event I’ve seen in years, and what I feared might be vulgarity turned out to be more than great fun.

Most viewers were captivated by the black American bishop, Michael Curry, who preached the sermon. He had a fairly simple theme: God is love. But his delivery was a combination of Woody Allen and Frederick Douglas: lively, profound, funny, feisty and forthright, qualities we so rarely get in English Anglican sermons these days, when clergy usually address their dwindling congregations as if they are speaking to five-year-olds.

It has been suggested that this infantilism has occurred because the church has become so feminised. Because it is unable to pay the kind of salaries needed by family men, there are so many women vicars that the whole culture has changed to the womanly way; touchy-feely, kissy-huggee, everyone being very sweet to each other – and deeply boring. Their methods have not increased the size of CofE congregations or the amount of religious education in schools. It was sad to think that thousands of viewers probably thought Bishop Curry was from some kind of Pentecostal Church. Many would have been bewildered by his references to fire, never having heard anything about Pentecost, the current church season.

Then there was the musical entertainment, from traditional hymns to the gospel choir where Karen Gibson, in dusky pink dress and wearing what looked like a silver wig, inspired beautiful singing from the London-based Kingdom Choir with a stirring yet subtle arrangement of the 60s hit Stand by Me.

It was a day of divine synthesis: the traditional and the contemporary, different races, cultures and, most difficult of all, classes. The service had something for everyone, and left me with questions: who decided to invite Bishop Michael, who decided on the music, the young cellist and the gospel choir? I don’t think it was Harry or his bride. Where is the all-controlling intelligence which can construct royal funerals and weddings even at short notice, with such skill at planning, attention to detail and excellent taste? These events, rather than being vulgar, display a high level of education. Why do we never see that kind of brain-work in any other area of British life: our railways, road building, the NHS, our state schools?

I remember Princess Diana’s lavish funeral, obviously at short notice, how they flew a soprano from Australia and she learned the music on the way. After hearing the extraordinary lament at the Queen Mother’s funeral I tried to find out about Scottish pipe band music. Kate and William’s wedding was also a perfect blend of old and new, with no glaring attempt to modernise and none of the ugly anachronisms of modern culture.

For a couple of hours on a sunny day, the beauty and success of Saturday’s ceremony gave all of us who watched a new and positive perspective. The bishop was right: all we have to do is increase our level of altruism and obviously everything in the world will be OK. I had one uncharitable reservation. Despite Justin Welby’s love affair with Islam, also known as his ‘interfaith dialogue’, at the royal wedding there was not a Muslim to be seen. For the first time since Kate and William married, we were allowed a truly British, Christian affair. Later on Twitter there were sneering comments about racist Brexiteers having to put up with a new black member in the royal family, but it was obvious at Windsor that black and white citizens can get on very well, if they are allowed to, removed from the orbit of those using race as a lever for political discontent.

The service was an undeserved boon to the CofE and blew out of the water Left-wing, republican malcontents, Scottish nationalists and all those who think the country is bitterly divided and on the path to perdition. But it would really be very helpful if someone could dig out the brains behind these royal events, shift them out of their secret palace offices and force them to take on extra duties in government and all our public services.