NewsPaperthe art of publishing
HomeBBC WatchWhy did this vicious ‘joke’ not get Jo Brand banned?
0

Why did this vicious ‘joke’ not get Jo Brand banned? 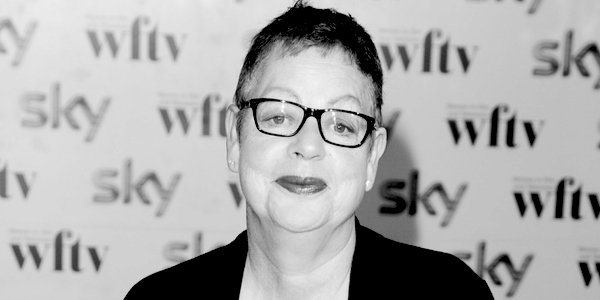 SOME years ago the comedian Ricky Gervais said he didn’t think there was anything off-limits as regards making jokes. ‘I just think it depends what the joke is. Comedy comes from either a good or a bad place.’ Anybody who’s been at a Gervais gig and heard nervous laughter knows that sometimes even the most woke audiences (Brighton, for example) can’t work out quite what that is. Confidence is a given for practitioners of stand-up and nobody could charge Gervais with not being confident about what he feels is a ‘good place’: Aids, dead babies, paedophilia. It may be the Gervais genius, or the fact that he is more warm than cruel, but the stand-up material is funny in these daunting areas because he is sending himself up. Tellingly, he has never felt the need to be apologetic to his critics. Frankie Boyle, a comedian of lesser stature, is another who has got himself into a certain amount of bother over his material. He has made jokes about disabled children, IRA terrorism and a few years ago his entire performance was cut from the broadcast of a BBC fundraiser show.

Jo Brand, a comedian who some feel is not in Gervais’s league nor even Boyle’s, is the latest to make a joke and find that not everyone is laughing. During an appearance on the BBC R4 Heresy programme, Brand said that because there were ‘unpleasant characters’ such as Nigel Farage in British politics, ‘Why bother with a milkshake when you could get some battery acid?’ With at least some in the studio audience laughing, she warmed to her theme, adding that she wasn’t ‘going to do it, it’s purely a fantasy, but I think milkshakes are pathetic, I honestly do, sorry’.

The quip caused an immediate backlash. A furious Farage demanded police take action against Brand for ‘incitement to violence’, Piers Morgan tweeted ‘Disgusting . . . shame on you, Jo Brand’, and there was condemnation from Brendan Cox, the widower of Jo Cox, the Labour MP murdered by a neo-Nazi fanatic. The BBC ignored a deluge of calls to rid itself of Brand on the grounds that the remarks were ‘not intended to be taken seriously’. This leaves the broadcaster wide open to charges of hypocrisy and double standards, given the speed with which it sends packing some poor-taste transgressors, for instance Danny Baker.

Programme host Victoria Coren Mitchell expressed the hope that the remark had not caused offence, claiming that the show was set up ‘to test the boundaries of what it’s OK to say and not say’. Responding to the fury of Farage, recently at the wrong end of a milkshake himself, Coren Mitchell decided to accuse him of double standards. She chirped to ‘Nigel!’ in a tweet that she was ‘genuinely disappointed’ as she had him down as a ‘free speech man’. Of course, one pretty much knows what Coren Mitchell and the coterie at Comedy Central regard as free speech and what is fair game and OK to say, viz. any attack on someone right of centre politically.

How about jokes about crossbows, Victoria? Jo? What about Grenfell? Anything funny about that? Any comic potential there just, you know, in the name of free speech? Or how about this one: a man trying to pass himself off as a woman? Or what if a male comic had quipped about an attack on a female politician whose position on anything had annoyed him? Could he joke about her being shut up by the opportune appearance of an acid thrower, a rapist or just a common-or-garden thug? And then slyly add the caveat ‘I’m not suggesting anyone does that, of course.’ No, I wouldn’t have thought so.

There isn’t anything funny about the idea of an acid attack either. On anybody. Whatever their politics, whatever their views. Brand is a former psychiatric nurse and one might have imagined she’d retained a bit of the humanity and empathy she presumably once had in a professional capacity before she jacked it in for the comedy circuit. The stupidity of her remark beggars belief. It’s perfectly obvious why the hurling of acid at anyone is an especially despicable crime. Apart from the appalling physical pain, it’s a crime that causes enduring psychological distress as a result of the damage to the face, that crucial sense of identity and selfhood.

Thanks to the mass addiction to social media, with all its nasty little troll-filled echo chambers where even normally reasonable individuals can pile in with casual and unthinking cruelty, we now unfortunately find ourselves in ‘a bad place’. This is where, given the escalating tensions and divisions of Brexit and the intolerance generally of those with different opinions, there are all kinds of argument-strapped morons for whom throwing something is the only option. Context is key here in light of the recent inclination to cretinous milkshake-throwing. That is why, simply in the name of consistency, if the police can be brought in when mere words are defined as ‘hate crimes’, then there may well be a case for them to take a look at this particularly nasty comment by Brand. At the very least, they might insist upon a re-education programme for her where she could learn about why acid attacks are never a laughing matter. Just an idea. It’s one way of dealing with the profoundly ignorant.

On the upside, at least Brand is only a comedian, even if only for those who don’t mind the constantly recycled, tired old material that all men are rubbish and cake is really nice. We know now a bit more about who Brand really is (check out some Freud and his line on jokes). That’s why we can thank our lucky stars that she’s no longer in a more important job on a ward round of some sort.