NewsPaperthe art of publishing
HomeNewsWhy do those pesky women refuse to listen to feminists?
127

Why do those pesky women refuse to listen to feminists? 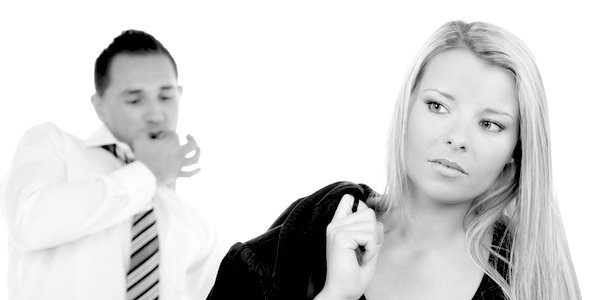 IF there is one thing a woman hates more than receiving a wolf whistle, it’s not receiving a wolf-whistle – an aphorism which in 2019 only the most foolhardy would dare repeat in public. Except perhaps in Denmark: earlier this year an international YouGov poll found that Danish women are more inclined to accept wolf-whistling than to regard themselves as a feminist.

‘I don’t want to be equal in all senses,’ said Helene Frost Hansen, a 37-year-old accountant in Copenhagen. ‘I don’t mind [wolf-whistling] so long as it’s done in a nice way. I see it as a compliment, actually. A lot of Danish women say that they would like men to be more like in southern Europe and tell you how nice you look.’

That is a sentiment much less likely to be heard across the Øresund: the same survey found that almost half of Swedish women ‘consider themselves to be feminist’, compared with only a quarter of their Danish sisters.

It is safe to assume that Madelaine Gnewski, a Swede of Polish descent based in Copenhagen, identifies as a feminist – the Guardian would not publish her otherwise. In an article earlier this week, Ms Gnewski was extremely cross that despite Sweden’s fixation with gender neutrality and institutional egalitarianism, in Europe’s most feminist country too many pesky women still are ‘limiting their professional careers and slipping into gender roles reminiscent of past generations’.

Of course in Sweden, as in the UK, the majority of women (and men) who work do so out of necessity in ‘jobs’ rather than in more privileged ‘professional careers’. Ms Gnewski’s lament is that in the land of her birth, the Scandinavian equivalent of the Guardian-reading class is failing to set the correct example.

Despite ‘having one of the world’s most gender-equal systems’, including the option for Swedish parents to share generous postnatal leave, Gnewski complains that ‘mothers often take the majority of that flexible leave’. Well, fancy that. The two reasons she advances for this unsurprising fact are ‘traditional gender dynamics within couples’ – her implication being that the woman traditionally is downtrodden – and ‘expectations in which workplaces pressure fathers to take only those weeks specifically allotted to them’.

In fact, as Jordan Peterson repeatedly has told anyone who will listen, social policies in Scandinavia have had ‘the opposite effect that the gender equality types predicted’. Seen here last year schooling Sophie Walker, the founding leader of the Women’s Equality Party, Peterson patiently explained for the umpteenth time that ‘the scientific data is clear . . . as countries become more egalitarian, the differences between men and women grow, they don’t shrink’.

The notion that a mother might prefer time with her young children to being back on the corporate hamster wheel, along with the possibility that many women genuinely want to be the family’s primary carer, seemingly is too ridiculous for Madelaine Gnewski to contemplate. Instead, ‘we need to look at educating families in gender equality’ and ‘help women and men understand how they need to change’.

Re-education and helping people ‘understand how they need to change’ – there speaks the authentic and authoritarian voice of the Left. Madelaine Gnewski cannot comprehend that in Sweden and elsewhere many mothers still willingly – and in her opinion, stupidly – adhere to what she derides as ‘outmoded, conservative social expectations’. Evidently she is yet another feminist who expects women only to make choices of which she approves.

Madelaine’s Gnewski’s Guardian article can be read here or viewed below.