NewsPaperthe art of publishing
HomeNewsWhy do we call it Boxing Day?
0

Why do we call it Boxing Day? 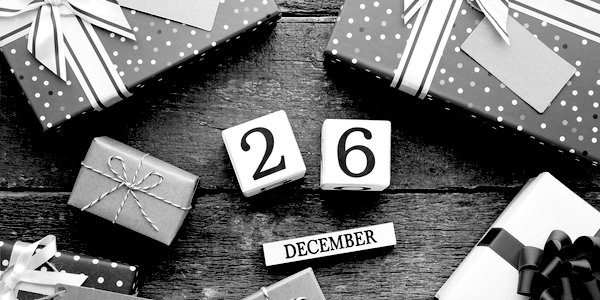 LIKE most traditions, the origin of Boxing Day is unclear. The prevalent theory is that the day after Christmas used to be when tradesmen and servants received a ‘Christmas box’ or gratuity for services rendered during the year. In earlier times servants would have the day after Christmas off to visit family, and were sometimes given a box containing gifts and leftover food to take home.

Another suggestion is that the tradition stems from the Roman era when money paid by spectators at athletic games was collected in boxes. Amongst the ruins of Pompeii, boxes made out of earthenware with slits in the top full of coins have been found. Later the Romans brought the idea of collecting boxes to Britain, and monks and clergy soon used similar boxes to collect money for the poor at Christmas. On the day after Christmas, the priests opened the boxes and distributed the contents to the poor of the village. Thus, according to the theory, this day came to be called Boxing Day.

December 26 is also the feast day of St Stephen, the first Christian martyr. He was probably a Jew who spoke Greek and he lived in Jerusalem. He converted to Christianity and was ordained a deacon, then attempted to spread the word among the Jewish community. In about AD 36 he was summoned to appear before the Sanhedrin, the supreme rabbinical court, charged with ‘speaking against this place and the law.’ In his defence he made a long speech attacking Jews and accusing them of killing Jesus.

The crowd at the court were infuriated by this and as they rushed at Stephen, he looked skywards and said: ‘Look! I see heaven open and the Son of Man standing on the right hand of God!’ In other words, the recently executed Jesus was at God’s side.

The crowd dragged him out of the city. Some of them must have been wearing expensive garments which they did not want to soil, because they took them off and gave them to a young man named Saul to hold. Then they began to stone Stephen. His dying words were: ‘Lord, don’t hold this sin against them!’ He is believed to have been aged 29.

Later Saul was converted to Christianity and became known as St Paul. His guilt at being an accomplice at the death of Stephen lived with him the rest of his life.

Stephen is now the patron saint of deacons and masons. He is often portrayed as carrying a pile of rocks, or with rocks on his head.