Why family life is the true key to equality 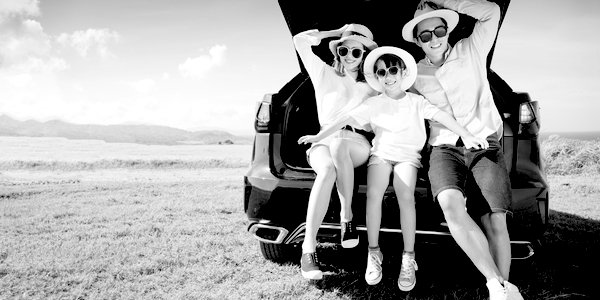 Last weekend I was at the Hay Festival debating the future of the family with Yasmin Alibhai-Brown, the self-described ‘leftie liberal, anti-racist, feminist, Muslim, part-Pakistani’ but also Oxford M.Phil social commentator, the philosopher Adam Swift and Baron Adebowale, who has been chief executive of the government-funded ‘social care enterprise’ Turning Point since 2001.

As you can imagine I was up against it.

I have divided my contribution to the debate into two sections, one to post today and the second tomorrow. On Friday I will share my co-debaters’ responses and present my thesis in more depth.

In the first part today I argue that the utopian quest for equality which involves abolishing all family privileges has perverse and contrary consequences:

Would a truly equal world abolish all family privileges?

But what I want to suggest is that the family is potentially the greatest leveller. We are all born to a mother and a father and, to the extent that we actually have these most basic resources, other advantages will follow in their wake.

I want to suggest a rhetorical question. Imagine two societies. One where wealth and education is entirely evenly distributed but the types of family people belong to are completely random. Some have a nuclear family with a loving, supportive mum and dad. Others grow up in a children’s home, others with foster parents and others have only a mum or only a dad. Wealth is equally distributed but there is a full range of family formation and family functioning.

In the second society everybody has the ideal family with supportive parents, but wealth and education are extremely unevenly distributed.

My contention is that equality would be far greater in the society where everyone had the equally supportive families.

This is because it is the family which leads to well-being – ‘the family is the most powerful, most humane and by far the most economical system known for building competence and character’, as Bronfenbrenner explained.

When we facilitate strong families we give people a fishing rod and we teach them how to fish. When we give them resources we just give them a can of sardines.

And the evidence for this? Look who does well in schools.

For example many migrant groups perform well despite coming from backgrounds with poor language skills and little cultural or financial capital. But they have traditional family structures and that may make up for the rest. And we see throughout the education system by every measure of attainment children with two parents at home do better than children with one.

Almost every single measure of disadvantage from crime, imprisonment, unemployment, ill health, drug abuse, teenage pregnancy – you name it – correlates most persistently with the absence of a father in the home.

But having two parents is the prerogative of the wealthy. In Europe 84 per cent of those in the top fifth of household income are married as opposed to 42 per cent of parents in the bottom fifth.

In our own society an influential social commentator – Polly Toynbee – argued that the role of the state was to ‘shape a society that makes a place for women and children as family units self sufficient and independent’. This sort of thinking was unlikely to help.

The greatest family privilege is two loving devoted parents. If we abolished this society would disintegrate. But promoting the family is the most effective way of promoting equality in the world.