Why fathers are better men 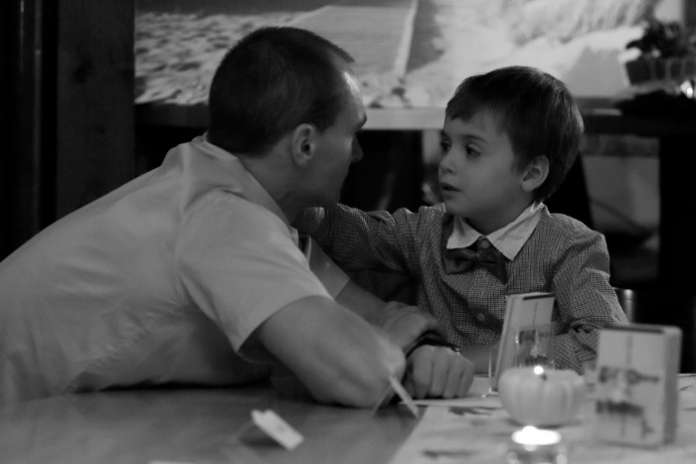 Pupil: Will Western Civilisation come up on the exam paper, Master?

Pupil: But will it be Western Civilisation as whole, or split into the USA part, or the Europe bit?

Teacher: You will find out in the exam, my child, so study both.

This is what they will ask at some point in the future, in a different civilisation. Perhaps it will be a long time ahead but there is a good chance it will be sooner than we think. The fertility rate in the US has hit an all-time low, we were told this week. This is a big deal because last year was also a record low. We keep thinking it will recover, say the experts. But it never does.

Pupil: And who was this Ronald McDonald man, Master? Will he come up? He seemed to be a great god the westerners worshipped. His Golden Arches were discovered right across North America (as it was then known) to London (as it was then known) all the way to Rome? He was almost as popular as the other one – the One who appeared on the Cross. Will they come up?

Teacher: The exam will tell.

And so, Western civilisation will fall in large part because of stupid pieces like this one in the Irish Times. The paper took time out of its ‘Let’s kill the next generation while they sleep in the womb’ campaign to tell us that ‘The childless aren’t here to compensate for those who have kids’. Laura Kennedy asks: ‘Why should the time of this man be less valuable than that of his colleague, who had chosen to have children?’

Once you get past all the guff about sandwiches in the article, Kennedy describes overhearing a conversation between two men. One was complaining because ‘he found it unacceptable that a colleague sometimes left the office early to attend his son’s football matches. The complainer, through a mouthful of hummus or some other such drab and mysterious goo, pointed out he would consequently be late for, or miss entirely, his own evening football practice as the colleague’s absence meant he had more work to do before he could leave.’

Kennedy continues: ‘Surely our time is our own, and if we choose not to procreate, but instead to do laughter yoga or theoretical physics or whatever else in our own time (replica Victorian hat-making, researching the antidotes to various snake poisons – take your pick) then that is as valid as anyone else’s choice?’

This tyranny of choice must stop. All choices are not equal. If, for instance, I choose to watch Friends on Netflix instead of feeding my kids then that is not as moral a choice as if I did feed the kids.

She admits: ‘Parenthood is a sacred and important duty, but it does not entitle parents to make demands on others.’ Only it does. That is why a good neighbour will help you out in a childcare emergency if necessary. That is why grandparents take on childcare. That is why in fact Ireland still has universal child benefit. It will literally take the resources of the childless and distribute it to those with children. It is why Ireland has recently introduced free health care for children.

So, sorry, the time of a father is in general more valuable than the time of a childless man. Only a dying civilisation would think otherwise.