Why Hague is so wrong about the PM 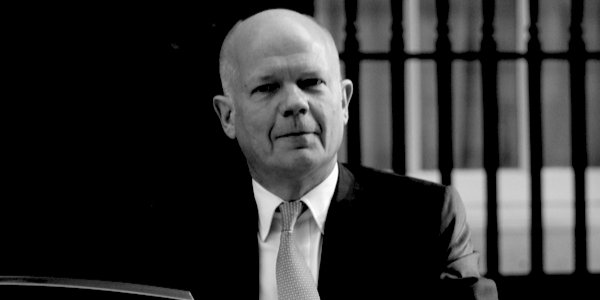 FORMER Tory leader William Hague wrote in the Telegraph on Monday that Mrs May’s motives for setting her face against a no-deal exit from the EU are ‘misunderstood’.

He says a major consideration for her is the unity and integrity of the United Kingdom, and this is best served by her Withdrawal Agreement.

‘So as she travels to Paris, Berlin and Brussels to ask for yet another delay, and keeps alive the talks with her mortal enemies in Westminster, give her some credit for a sense of duty to the whole country of which she is Prime Minister. And bear in mind she has been driven to these steps by some people [the ERG] who are also meant to believe in the Union, but have consistently given it less care, thought and priority than she has.’

If I may, William Hague, I would say the wisdom of unlettered men – to which Edmund Burke attributed Britain’s freedoms and liberty – understands the situation very well and it goes something like this.

1) The only deal available from Mrs May is her WA.

2) Her deal is not Brexit and is a single-track route to rejoining the EU by 2025.

3) Her deal has been firmly rejected by Parliament three times.

4) Mrs May has formed a Grand Coalition of Remainers in Parliament to tie the UK into a Customs Union and probably other measures (possibly making it irreversible by a successor government or Parliament) all of which amount to variants of Remaining in the EU.

5) Mrs May’s alternative to her deal if rejected a fourth time, is to delay Brexit indefinitely or cancel it.

6) Mrs May is working now in opposition to her Cabinet, her parliamentary party, the grass roots membership of her party and the electorate and in breach of her party’s election manifesto.

7) Mrs May and Corbyn and the Grand Coalition of Remainers in Parliament are working against the national decision to leave the EU, single market, customs union, take control etc etc.

8) The difficulties of leaving on WTO terms have been greatly exaggerated – deliberately by this government and Remoaners.

9) The Irish border problem has been shown to be the fabricated issue it always was.

10) The law of the land as it stands (pre Cooper-Letwin) should be left to run its course.

11) Mrs May and the Grand Coalition of Remainers in Parliament must be stopped.

If the situation were that a minority government had the support of the public and its party and only the opposition were blocking a measure that is clearly in the national interest I would agree with you on the sense of talks with the opposition. But it is not. And the solution is that UK should exit on WTO terms on 12 April, Mrs May should be thrown out, the Tories should elect a new leader and then a general election called. (NB: After UK becomes independent, not before.)

Then we can use our democratic processes to restore proper functioning self-government. All our options on any future relationship with the EU and with the rest of the world, ie most of it, will be open. We will be free to grow and prosper as we decide for ourselves.

That is the wisdom of unlettered men, so admired by Edmund Burke and so much more sensible than the sneering arrogance of the French revolutionary intellectuals, as Burke described them, and today’s technocratic supra-nationalists.