NewsPaperthe art of publishing
HomeNewsHolly Hamilton-Bleakley: Raising a human being is not "nothing". It is everything
0

Holly Hamilton-Bleakley: Raising a human being is not “nothing”. It is everything 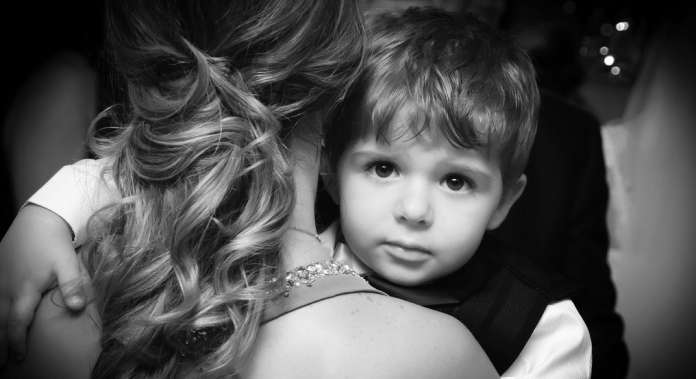 There’s an article that’s been sweeping the net for the past month or so by a woman named Amy Glass, called ‘I Look Down on Women with Husbands and Children and I’m Not Sorry’.  Here are some of her arguments:

‘Do people really think that a stay at home mom is really on equal footing with a woman who works and takes care of herself? There’s no way those two things are the same.’

‘These aren’t accomplishments, they are actually super easy tasks, literally anyone can do them. They are the most common thing, ever, in the history of the world.

They are, by definition, average. And here’s the thing, why on earth are we settling for average?’ ‘If women can do anything, why are we still content with applauding them for doing nothing?’

‘You will never have the time, energy, freedom or mobility to be exceptional if you have a husband and kids.’

In one way, these provocative comments aren’t worth our attention.  On the other hand, I still think it’s important for parents to defend themselves against this kind of criticism.

Frankly, Ms. Glass has articulated a view that is shared by many in our society:  looking after children is ‘nothing’.  Or, it’s ‘something’, but not a very valuable ‘something’.

Sadly, this is a view which even I myself have had in the past.  It took a good, prolonged case of post-natal depression after my first child was born for me to understand that I did not value the huge effort it was taking to raise my child.

The key to overcoming that depression was to change my whole mindset about what was important and what was not.

As I tried to do that, I started to see our culture in a way I had not seen it before.  The idea that looking after children was ‘nothing’ was much more prevalent than I had noticed previously.

In fact, I started to realise that it was implicit even in some of the great philosophies upon which our modern, western societies have been built.

The best way to explain more about how I came to this realisation – that some of our society’s formative philosophies do not value parenthood – is to tell the story of what happened to me, both emotionally and intellectually, when I became a mother.

Before I had children, my husband and I were students at the University of Cambridge.  When I got pregnant half-way through my PhD studies, I believed deep down that bringing a child into the world was going to be ‘nothing’.

So many people do it, how hard could it be?   I would be able to carry on with my life pursuits in pretty much the same way after the baby was born.

And I got the impression from my fellow academics that they thought along these lines as well:  having a baby was OK, as long as it didn’t change anything –that is, as long as it was ‘nothing’.

During my pre-baby PhD studies, I especially loved political philosophy.  In Cambridge at that time there were a group of scholars who were interested in the origins of what is known as ‘liberalism’.

Liberalism (not to be confused with the way we use the terms ‘liberal’ and ‘conservative’ to describe our current day political ideologies) is a political philosophy which espouses the importance of individual rights and individual liberty.

It is considered by many to have its origins in the 17th century philosophies of Thomas Hobbes and John Locke.  It has different varieties, but a concept that is common among many of them is the idea that human beings are ‘prior’ to the state.

Humans possess certain ‘natural rights’ which they have simply in virtue of being human, independently of the state.  These rights include (depending on the philosopher) things like the right to live, the right to liberty, and the right to acquire property.

One implication of such an idea is that the primary purpose of the state is to protect these rights.

Liberal theorists argue that human beings, using their powers of reason, came together and consented with one another to form the state, because they could see that they would be better able to exercise their rights and freedom within the protective framework of the law.

I was passionate about freedom and rights, and I was fascinated by how these ideas developed in our culture.

I spent my time going to lectures, and thinking and writing deep thoughts in a very big library about what it meant for a human being to have a ‘right’,  to be ‘free’, to have ‘reason’, and what it meant to create a state by ‘consent’.  I felt free, and it was bliss.

When my daughter was born, I went into what could best be described as a state of shock.  I simply hadn’t understood how radically my life would change with parenthood.  I had lost my time, energy, mobility, and most importantly, my freedom.  I started to slip into depression.

The flip side of depression is anger, and indeed, at this time I also started to feel very angry.

I wasn’t angry at my baby – I was angry at the message that raising a child was ‘nothing’, that motherhood was an inferior role taken on by inferior people, that it was OK to be a mother only if you could do it without having to sacrifice anything.

If this was nothing, then why was it the most challenging thing I had ever done?

My thought process went something like this: ‘Why is having a child only OK if it affects nothing else in one’s life?

I have a human being here.  Losing my time, energy, mobility and freedom are the sacrifices required to raise a human being.  If I don’t raise this human being, I will have to pay someone else to do it for me.

I didn’t have time to attend many lectures anymore, or even to sit in the library for hours on end.  Those were luxuries I could afford now only in very small amounts.

When I did attend lectures, however, they didn’t seem relevant to me in the same way as before.  I would sit and listen to graduate students and academics who I knew didn’t have any children talk about freedom and rights.

Yet, now that I had been inducted into parenthood, I started to view human beings with different eyes.  It started to seem like something was missing from these academic discussions.

It’s important to talk about freedom and rights for human beings, but did any of these people know how much work it was to raise a human being?

Surely freedom becomes meaningful when we can choose a certain way of life, and we can only exercise our choice when we are rational enough to have a conception of what is good in life.

Yet, we don’t automatically develop our reasoning about what is good.  We are taught to develop this reasoning by those who raise us, and that takes a lot of sweat and tears.

But there was no mention in these political philosophy lectures of family or parenthood.

In the same way, I found that something was missing from the great liberal texts that I once enjoyed reading.  They didn’t seem to be talking to me anymore.

They were talking to ‘man’ – a single entity who thought and acted only for himself, a human being who had no life-altering commitments to another human being.

I wanted the liberal texts to tell me how important my new, all-consuming job as a parent was – but it wasn’t there.

Suddenly as a parent I felt shut out of these political discussions of freedom and rights – like I was on the outside, looking in.

The focus in liberalism was all on the freedom that the individual enjoys as a rational, fully developed adult.

There was no mention of how the individual comes develop his rationality.  That part, and this is extremely important, was taken for granted.

That’s when it began to dawn on me:   In our society, we value ‘the individual’.  We value individual rights and individual freedom.

Yet, we do not seem to value the process of raising ‘the individual’.  We seem to think that will happen naturally, without much thought or effort on the part of anyone.

All this happened nearly 16 years ago.  I’ve studied a lot more philosophy since then, and I am happy to say that it’s not all bad – there are philosophers who do not take for granted the process of raising a child.

For me, Aristotle stands out as one of these philosophers.  The more I read Aristotle as a parent, the more I appreciate him.

He is interested in how human beings become rational enough to know what is good.  And he believes that how a person is raised makes all the difference to her ability to reason about what is good and what is bad.

So, parenting is not ‘nothing’.  On the contrary, the efficacy of our western values of freedom and rights rest upon people who try to do it properly.

So, when women – or men – choose to stay home to do it, we must open our eyes and recognise our indebtedness to them.