NewsPaperthe art of publishing
HomeStatesideWhy I love, and trust, the American working class
0

Why I love, and trust, the American working class 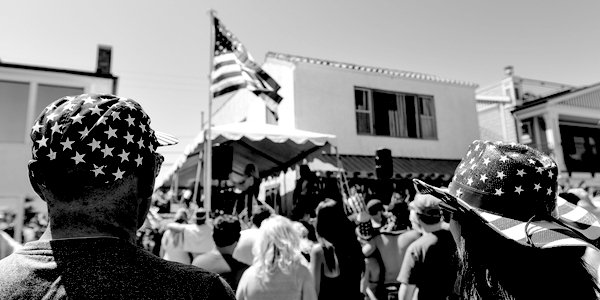 DRIVING around the leafy western suburbs of Minneapolis recently in the beautiful autumnal sunshine, listening to George Gershwin and Duke Ellington whilst trying not to be distracted by the magnificent fall foliage and far from those parts of the city that bore the brunt of the violence and destruction following the death of George Floyd, I was reminded of how much I love the United States.

Few nations in world history, except perhaps the nation of my birth, have contributed so much to humanity, helping to defeat the dehumanising and brutal tyrannies that befouled the twentieth century and acting as a beacon to freedom-loving people wherever they live. At a time when political, cultural, educational and now even corporate elites, on both sides of the Atlantic, are accusing the United States of being riddled with systemic racism and other forms of bigotry, millions of men and women who live outside of the US, many of them persons of colour, dream of beginning a new life in what Hegel called ‘the land of the future’.

There was a time when I was one of those people seeking opportunity in the New World, having moved here from England with my American wife in 1983, during the latter stages of the Cold War when Ronald Reagan, Margaret Thatcher, and Pope John Paul II bestrode the world of politics and diplomacy. Despite occasionally pining for the lost England of my childhood, I have never regretted my decision to settle in the birthplace of the woman I love.

Since coming to America all those years ago, I have grown to like and admire the people very much indeed, especially those who would be described as ‘working-class’ in Britain. Dubbed ‘blue-collar’ on this side of the Atlantic, these are the people who tend to work with their hands or in the service sectors of the economy. It is their essential decency, levelheadedness, kindness and generosity of spirit, not to mention their suspicion of authority, especially authority wielded by government, that make living in this vast and complex society such a delight at times.

If such people happen to be white, chances are they belong to that despised demographic which Hillary Clinton, at an LGBT fundraiser in 2016, consigned to what she called ‘the basket of deplorables’, a phrase that was greeted with applause and laughter by her affluent and urbane audience. She went on to slander those who supported Donald Trump as ‘racist, sexist, homophobic, xenophobic, Islamophobic’. More recently, Joe Biden, arguably the most corrupt person ever to run for president, with the possible exception of the venal and power-worshipping Clinton, has called the very same people ‘chumps’, ‘ugly folks’ and ‘just not very good people’, utterances that grate against his man-of-the-people-growing-up-on-the-mean-streets-of-Scranton routine.

Clearly, these reprehensible types of Americans, many of whom live paycheck-to-paycheck and receive none of the benefits that non-white minorities receive through affirmative action and countless set-aside programmes, are, to use a favoured term of the Leftward-leaning establishment, ‘problematic’ or even, to borrow a phrase from the lexicon of Marxism, suffering from ‘false consciousness’. It is no wonder these people are perplexed and angered when they are told they are the recipients of ‘white privilege’. Cultural elites tend to ignore them or hold them in contempt for being ‘on the wrong side of history’, preferring instead to highlight the plight of illegal immigrants or asylum seekers, a demographic that competes for jobs and other services especially with the urban poor, thereby depressing wages for all working-class, native-born Americans and immigrants who are here legally. If you relied exclusively on taxpayer-funded public television and radio for your news and understanding of the United States and the world (which would be a very bad idea) you could be forgiven for being almost entirely unaware of America’s white working class – except, that is, until you need something fixed or built.

As everyone knows by now, considerable numbers of these people voted for the racist, would-be fascist dictator and fount of all evil, Donald J Trump, although it is often overlooked or deliberately ignored that many of the same people voted twice for Barack Obama. While they do most of the work that keeps this country functioning, they have little prestige in a nation that prizes being a successful corporate lawyer or hedge fund manager or the chair of a university gender studies department way above being a plumber or a mechanic or a truck driver or a construction worker, or being one of the legion of women employed in healthcare or looking after the children of the bourgeois professional woman who is doggedly battering her way through that pesky glass ceiling, pretending not to notice the positive discrimination that often favours her over male candidates for promotion. One of the biggest surprises I experienced after moving to this famously egalitarian country from class-ridden Britain is how little cachet those doing manual or service-sector work enjoy. Indeed, class is the identity that dares not speak its name in a nation increasingly and, I think, dangerously obsessed with race.

As I write this, America is hours away from a historic election that will decide the course of this nation for many decades to come. As a historian, I can think of no presidential election since that of Lincoln in 1860 where the stakes have been so high. If Trump is re-elected, it will not only be a miracle of sorts, given the massive combined forces of the cultural establishment mobilised against him; it will also provide the American people with a reprieve from what I can only call the totalitarian tendencies of the Democrats, a once moderate and patriotic party now evermore beholden to all the toxic ideological effluvia emanating from academia. Trump’s re-election will also help stem the tide of the noxious form of racialised Marxism associated with Black Lives Matter and the thugs of Antifa and the well-heeled priesthood of the new religion of Critical Race Theory to which they are being subjected in their places of work and classrooms, and allow for a possible check on the cultural revolution that has been sweeping through America for decades, and was given a massive adrenaline shot by the demented and dementing reaction to Floyd’s death earlier this year.

I have no idea who will win. The smart money is on Biden, as it was on Clinton in 2016. If Biden does win, and the minions of political correctness and advocates of Orwell’s ‘smelly little orthodoxies’ follow inevitably in his trail, then it is to the common sense, bloody-mindedness and essential decency of America’s working people that we must look for that sustaining glimmer of light that will help get those of us who believe in the free exercise of individual human agency through the approaching deluge