Why I’ll steer away from driverless cars 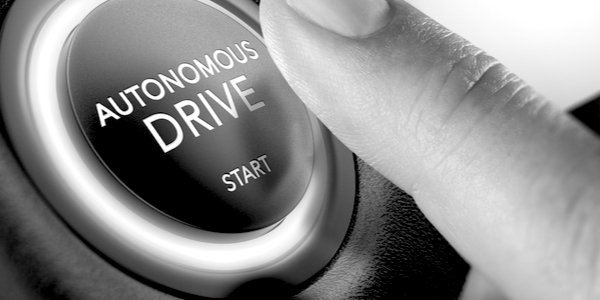 I’M mostly baffled by the complexities of the modern automobile – lift the bonnet and all you can generally see these days is a big black box. But what I’ve always been sure about when it comes to cars is that they have one purpose … being driven.

Now, however, the days of getting your hands on the steering wheel and your feet on the pedals may be numbered. For the Highway Code is being revised to start Britain along the road of legitimising self-driving cars.

In the first instance – maybe later this year – owners whose vehicles are fitted with lane-keeping technology will be allowed to take their hands off the wheel in traffic moving below 37mph, such as on a congested motorway.

They won’t even have to keep an eye on the road. Although using mobile phones will still be banned, they can while away the time by watching TV or a film on a dashboard screen, or checking their emails.

But such non-drivers will have to be ready in a split second to take back control if prompted by the car’s warning system. (Good luck with that if a bloke in a contraflow on the M6 at night is binge-watching Bridgerton and it’s got to the bonking bits).

The Government believes even limited use of the technology will make the roads safer by reducing driver error. But the progression to fully self-driving cars on all roads is still apparently a long way off.

That’s all very well, very go-ahead and futuristic. But it prompts a question from an old fogey like me: What’s the point in having a car if you don’t drive it?

I’ve never been a petrolhead or a boy racer, and these days I’m even less so. I was once given a ride in a souped-up rally car driven by a speed maniac and felt like I’d been through a washing machine spin cycle followed by a turn in the wringer. I hated it.

I just see cars as a convenient way of getting from A to B, my only caveat being that they shouldn’t break down and that they should get me there in one piece. But I can still remember what a fulfilling experience it was passing my driving test and getting behind the wheel unsupervised for the first time.

It gave you freedom and responsibility – the freedom to go basically where you pleased, and the responsibility of doing so safely; to be able to use your skill and judgment and to gain experience on the roads, to literally be hands-on.

I used to drive 500 miles a week, mainly long motorway journeys, latterly in an ageing Peugeot 406 diesel which motored on effortlessly and never seemed to need filling.

It was a tiring slog, to say the least. But even had the car been able to drive itself for all those endless, boring miles and I could have sat back watching The Ten Commandments (three hours 40 mins running time, plus ten minutes intermission) I wouldn’t have done it.

Luddite I may be, but I just wouldn’t trust self-driving technology over my own instincts. It’s simply too counter-intuitive. I want to drive my car, with any inherent risks of being a fallible human being, not have it driven by some microchip or algorithm.

I know technology has transformed the world and has generally made our lives immeasurably better, but it can still sometimes go horribly wrong.

On an extreme scale, look at the tragedy of the Boeing 737 Max jetliners. They were fitted with a computer program that basically overrode the pilot’s manipulation of the controls and put two planes into a death dive, killing a total of 346 passengers and crew. As for driverless cars, there have been several crashes and at least two deaths in the US involving them.

I know these automatic vehicle systems are in their infancy and will doubtless improve. And I’m not saying driverless cars are necessarily going to kill or injure anyone in Britain. But I’d want to see a lot more testing on them before anyone was allowed to use them widely.

For instance, can driverless cars spot potholes? What about a ball bouncing into the road, followed by a child?

All these computerised, robotised, depersonalised gadgets being infiltrated into our lives are said to be ‘smart’ technology, implying that they are beneficial and advantageous. But I’d mistrust anything with the word ‘smart’ attached to it. If it was that smart, they wouldn’t have to say so.