NewsPaperthe art of publishing
HomeNewsWhy is Hodge demanding the university’s money – and why do they...
0

Why is Hodge demanding the university’s money – and why do they want to give it to her? 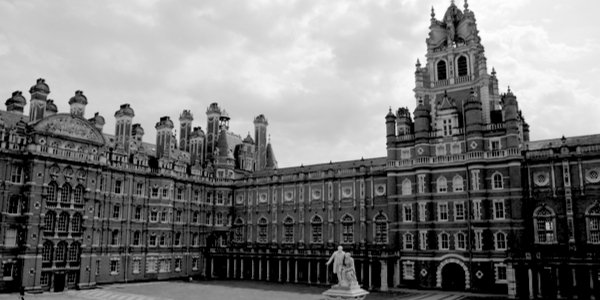 Professors traditionally mistrust politicians; politicians return the compliment by quietly despising academics. From Egham, Surrey, came a story last week that tells us a great deal about both classes, to the credit of neither.

Royal Holloway, University of London, housed in an enormous and rather splendid high-Victorian pile just off the A30, needs a new Chair of Council to replace ex-diplomat Stephen Cox. It has advertised the position for anyone interested. Within a university, councils of this sort act as a kind of part-time supervisory board; they generally consist of a number of members elected from staff and others within the university, together with some outsiders from business and elsewhere. Payment for services does not normally come into the picture; you do this, if at all, for love of the institution.

Some 100 applicants put their names forward on these terms. But there was an outlier. Labour former minister and current Barking MP Dame Margaret Hodge said she’d be happy to take the job, but on one condition: she wanted £20,000 per year to do it. Reminded that Royal Holloway’s statutes forbid remuneration for the position apart from reimbursement of expenses, she stuck to her guns. Royal Holloway reportedly backed down and is now initiating the necessary legal changes.

This is, to say the least, curious. As regards Dame Margaret, it’s not as if she seriously needed the money. She has her substantial Parliamentary salary of nearly £80,000, plus various expenses. In addition she is the widow of High Court judge Sir Henry Hodge, previously a wealthy solicitor, Blair groupie and member of the “Thousand Club” of leading Labour party donors. And as if this was not enough, it is worth remembering that her family is wealthy in its own right (it used to own international steel distribution conglomerate Stemcor). No doubt £20,000 a year would come in useful to supplement her income, not to mention any future Parliamentary and ministerial pensions (she is 73, after all); but it would equally pay for a fair number of books in a library or half a junior lecturer.

It is hard to avoid the conclusion that this is a matter of misplaced self-importance and amour propre. Like many Leftish politicians, she can’t really understand the mentality of people who do substantial unpaid work on the basis that if society has done well by them they might put something back. She seems to prefer the idea that, well, she is Margaret Hodge, and it’s only right and proper that someone in her exalted position shouldn’t be expected to go to this trouble for nothing. As she rather pompously put it when cornered by the press, ‘My application was made on the basis that I would receive modest remuneration for the work associated with this position.’ Of course.

Nor does Royal Holloway come out of this well. It is true that a Chair of Council needs to have tact, forcefulness of character and an ability to do hard and often boring work; but it’s not rocket science, and it’s not high-powered CEO stuff (which is reserved for those in the serious money, like Vice-Chancellors). It is hard to believe that none of the other 100-odd applicants could have done this job. And if this is right, why not simply say, ‘Thanks, but no thanks?’

The answer is that the perceptions of those in charge of our universities have changed. We’ve already seen the problems that arise when you stop regarding an institution as a good cause in itself that demands the best input from teachers and students, and instead set yourself up as a seller of education services to consumers looking for student satisfaction, rather like the jeggings sold to overweight joggers at Asda. This is the other side of the coin. Royal Holloway’s official response was a typical A Spokesman production: ‘Dame Margaret is a high profile and respected public figure and will bring a great deal of experience and knowledge to this role.’ But even if true (and Dame Margaret in her previous incarnation as leader of Islington Council attracted, shall we say, mixed reviews), it says a great deal about the attitude of the academic great and good. Don’t accept that services ought to be provided by those well disposed to you who would like to give something back; that’s so twentieth-century. Instead regard them, like Oscar Wilde’s cynic, who knows the price of everything and the value of nothing, as just yet another commodity to be bought in to balance the books.