Why is the economy stagnant? It’s feminism, stupid! 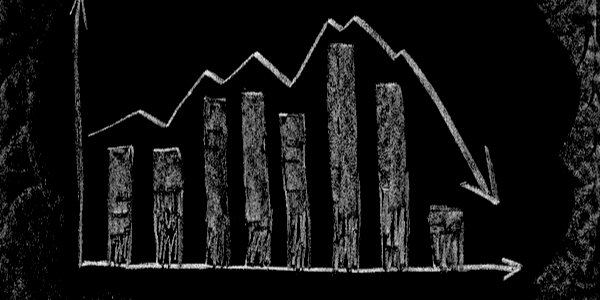 Brexit is the great obscurer. All economic news is filtered through its supposedly overpowering influence according to tribal affiliation.‘Despite Brexit’, ‘Because of Brexit’, ‘Brexit Bounce’, blah, blah, blah.

We can’t see the wood for the trees: long before our exit from the EU seemed remotely likely, our economy, and those of the Western World generally, started to slow down seriously. Indeed, its recovery since the banking crash has been the very weakest on record.

Recovery from recession has been slowest of any period since the 2020s pic.twitter.com/iFFUxSEr6r

It is another of those great debates we fail to have in our so-called representative democracy, which busies itself with second-order issues more congenial to the careers of politicians. The media is slightly better, at least attempting to address the subject from time to time.

Doubtless there are many reasons behind our economic stagnation: waning demography, poor resource allocation, high government and personal indebtedness, maybe even hard boundaries to scientific progress and thus innovation.

May I suggest a further cause: the feminisation of society and consequent male alienation.

As anyone who doesn’t live on Jupiter knows, throughout the Western world during the last 30 years there has been the eulogising of feminine virtues and the demonisation of men and masculinity, the consequence not just of militant feminism but of a rich, decadent and arrogant elite in society having decided that masculine virtues are no longer required.

The extent to which this has lead to economic decline is not easy to gauge: feminisation has certainly gone hand in hand with a health and safety obsession that borders on the neurotic, severely affecting the development of new technologies such as fracking that interact with the physical world. The inevitable result is to skew innovation into virtual or information-related technologies that do not appear to lead to the large productivity benefits we have seen from technological change in the past.

As for male alienation, it has always been a factor in our society. Men have always disproportionately wound up in prison, drunk themselves to death or emigrated in search of better opportunities, and we simply do not know whether this is really a bigger factor than it was in previous generations. About the only piece of concrete evidence I am aware of is the modern reluctance of men to get married – something known to lead to a marked increase in their economic productivity as they take on the responsibilities of the provider role.

We don’t have much hard evidence because society is simply not concerned. Politicians are not interested in finding out, because the alienated do not vote. The media focus only on freakish exotica such as the rise of sexbots, which are surely likely to be an extreme manifestation of a much more broadly based problem. The fact that a few men decide to get it on with a mass of latex and circuitry is much less important than alienation’s more subtle manifestations: the promotion not pursued, the idea left unrealised, the hour of overtime not worked. Anecdote is a very poor substitute for proper research, but I surmise most of us know men whose estrangement from modern life has lead to moderate underperformance rather than bizarre behaviour or spectacular self-destruction.

I imagine it is the gut feeling of many readers, as it is mine, that colossal damage has been done by the demonisation of men over the past few decades: the effects are now being felt, and the reasons continue to be compounded. Our effete, politically correct elites have shown a zealousness in pursuing a feminist agenda that approaches religious mania, even when it severely damages corporate performance.

Perhaps, as Paul Joseph Watson has suggested, they judge this as a price worth paying for the creation of a placid, stagnant but stable society bereft of masculinity’s disruptive influence. After all, when you have substantial wealth and your family’s future is secure, the status quo has far more attraction than the turbulence of a go-getting, risk-taking society that inevitably means a few of the elite may be knocked off their perches. Politicians will be deeply reluctant to treat the issue seriously: repairing the damage will take decades, and they will not wish to do anything to redress the current imbalance and injustice that risks annoying the key electoral demographic of professional, middle-class women.

In summary, the outlook for economic stagnation looks good.