NewsPaperthe art of publishing
HomeNewsWhy is the Tate so keen to rubbish Britain?
199

Why is the Tate so keen to rubbish Britain? 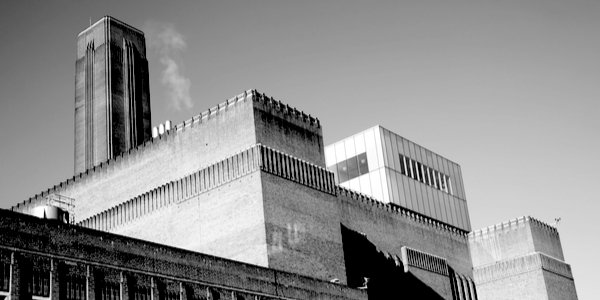 ACCORDING to the New York Times, American artist Kara Walker has just taken a ‘monumental jab at Britannia’. And our artistic establishment seems delighted.

The ‘jab’ is an art work entitled Fons Americanus. It’s an attack on our colonial past. As the Guardian puts it, ‘a monumental rebuke to the evils of empire’.

It’s on display in the Turbine Hall at London’s Tate Modern Gallery, probably the most prestigious place in Britain to show an art work.

All the Tate’s visitors, typically more than a hundred thousand per month, will until April 5 next year be greeted by a huge statement condemning this country.

Artists should be free to make such statements and choose whatever subjects they wish, including the darker side of our imperial past. And Ms Walker and the Guardian are right that our empire involved many evils, which mustn’t be forgotten. But there are myriad subjects the Tate could have chosen for its leading theme, shown in its most visible and iconic spot. Why choose one that presents this country so negatively?

I can’t imagine that the Tate will consider the subject in a spirit of honest inquiry or its full context. This simply looks like an exhibition of the anti-British attitudes to which many of our elite subscribe. The reverse patriotism of the intelligentsia that George Orwell identified: ‘England is perhaps the only great country whose intellectuals are ashamed of their own nationality. In left-wing circles it is always felt that there is something slightly disgraceful in being an Englishman and that it is a duty to snigger at every English institution.’ Sadly, what Orwell wrote in 1941 is still true.

The image of Britain Ms Walker’s work presents uses highly selective history. Whatever crimes we committed, there was nothing exceptional about our past misbehaviour. Organised violence and the aggressive acquisition of territory was not invented by Britain. You will struggle to find any nation with a long history, on any continent which, given the means and opportunity, has not violently expropriated the lands of others.

Every European nation that was capable – Italy, France, Belgium, Germany, Spain, Portugal, Holland, Denmark – had overseas ‘possessions’, while others simply invaded their neighbours. By all means discuss our sins, but don’t single us out.

The Left attacks European colonialism but ignores it elsewhere. You can’t avoid culpability for a crime by changing the subject to talk about another; if you condemn one, you should condemn all.

There’s a very long list of African or Asian empires, not forgetting America’s bloodthirsty Aztecs and others. These empires were not abandoned through a sudden conversion to human rights but were simply out-competed by better organised and armed Europeans. Morality was never relevant to any.

Africa’s last hold-out against European colonialism was Abyssinia (now Ethiopia), which survived until Mussolini’s savage invasion of 1936. It wasn’t a land of freedom. It was feudal and oppressive with its different component peoples held together by force. It called itself an ‘empire’ for good reasons. Much of its economy was based on slavery, which was abolished only in the 1940s.

Our empire’s sheer size didn’t mean Britain was more evil than others. It simply reflected our industrial, military and maritime prowess. We were no more rapacious or cruel, just more efficient and with better kit. As Hilaire Belloc wrote in 1898 of our ability to annex foreign lands, ‘Whatever happens, we have got/The Maxim gun, and they have not.’

The Zulus once terrorised Southern Africa, building their empire through brutal aggression. What if they had possessed rifles and artillery and steamships to reach our shores? And if our defenders had only been armed with Zulu spears and cow-hide shields? You can imagine how that would have turned out.

British imperialism had its points of real shame: the genocide of Tasmania’s aborigines, the murderous concentration camps of the Boer War, our horrible assumption that a person’s worth was dependent on skin colour. There are many others you could name. But the scale and longevity of Britain’s empire makes the picture far more complex. At times, it was a force for good.

Some nations, such as Basutoland, applied for admission to the protection of Pax Britannica to escape the chaotic world around them. Some ex-colonies miss us. The Jamaican newspaper, the Gleaner, reported in 2017 that a majority of Jamaicans thought independence from Britain had been a mistake.

This example might prove little, but still helps demonstrate that our imperial history is far more complex than sometimes claimed. It’s certainly true that our empire wouldn’t have been so successful without the active and enthusiastic support of many of its subjects. No long-term empire ever rested solely on force.

Artists were once supposed to push boundaries and challenge conventions. But there’s no imagination, originality or courage needed to say that imperialism was generally bad. We don’t need to be persuaded not to establish colonies any more. Our empire is long gone. Anti-colonialism has become a cliché for the pious.

If an artist really wants to say something different, he or she could create work pointing to the huge contributions, material and moral, that this country has made to human advancement despite past sins. And the Tate should be unashamed to celebrate the nation that supports it.