Why it is vital to object to Drag Queen Story Hour 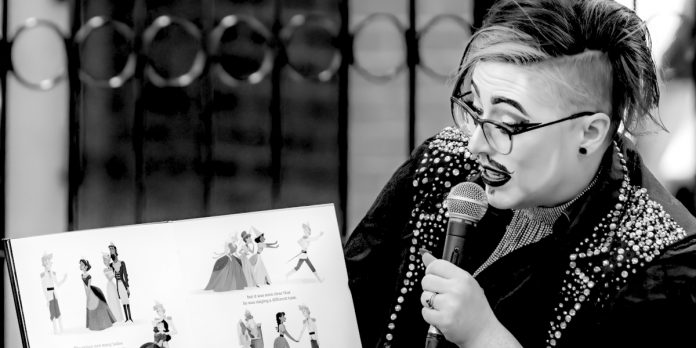 THERE are some deluded fools out there who believe that being ‘woke’ is all about ending injustice and being kind. This is a lie. There are also some mistaken individuals who think the culture wars are minor, a petty sideshow that should be left to others, while We get on with the Important Business of cutting tax in seven years’ time.

Let me tell you something that is important, dear reader: protecting the innocence of children is far more important than a 1 per cent tax cut. Having drag queens, who until five minutes ago were considered ‘entertainment’ strictly for adults, reading Red Riding Hood to small children is not a sideshow. Objecting to ‘Drag Queen Story Hour’ is critical if we want to preserve Western civilisation which, as it is based on Christianity, protects the innocence of the young and does not seek to exploit that innocence or sexualise children for commercial gain, individual gain or indeed group gain.

The woke revolutionaries are just that – revolutionaries. Their aim is nothing more than to create Year Zero in the West, by any means possible, so they can build their utopia. As barrister Allison Bailey said in her discrimination case, she had been ‘thrown to the hate mob’ by her chambers, adding: ‘What I have never tried to do to anyone in chambers or elsewhere is to say that because you do not agree with me I am going to ruin your reputation and deprive you of your livelihood. That has been the stock-in-trade of the trans rights movement.’

The way the woke radicals paint themselves as the victims who just want kindness, decency and justice is a form of gaslighting. These instigators of online hate mobs, real life hate mobs, perpetrators of criminal damage and eager beavers ready to trans the kids given half a chance, are the nastiest, meanest bullies around. The one thing bullies hate is being stood up to. So stand up to them.

Those of us who stand for justice (be it racial justice, the rights of children not to be put on puberty blockers that no one knows the long-term effect of or the rights of children to a proper education) used to be called Christians. It was St Paul who pointed out, a long time before the woke mob came along, that ‘there is neither Gentile, nor Jews, circumcision nor uncircumcision, Barbarian nor Scythian, bond nor free. But Christ is all and in all.’  Racial and other distinctions fell away at the foot of the Cross. God doesn’t play favourites, and I don’t need a diversity officer to tell me that, thanks very much.

However, ‘Christ is all and in all’ doesn’t mean there is a free-for-all when it comes to behaviour. It doesn’t mean you can destroy the distinctions between male and female, or destroy the bodies of children through transgender surgery, or destroy their innocence by having them watch hyper-sexualised TV, or exposing them to violent music. The attack on children has been around a long time.

In addition, do not be under any illusion, dear reader, about how serious the fight is, or that you can just opt out. You can’t. The woke revolutionaries want to destroy and then build from nothing everything from the education system, classical music, our lived space, our language, relations between men and women and between parents and their children, the academy, popular culture, the justice system and the police. They are not interested in reform: they are interested in destruction, and if they have to destroy you and your family, they will.

If you get in their way, they’ll pull you down and toss you in a river along with one of the many statues they don’t like. So, man up and be prepared to fight. If you don’t, it leaves more work for the rest of us.