Why it pays to be a white Aborigine 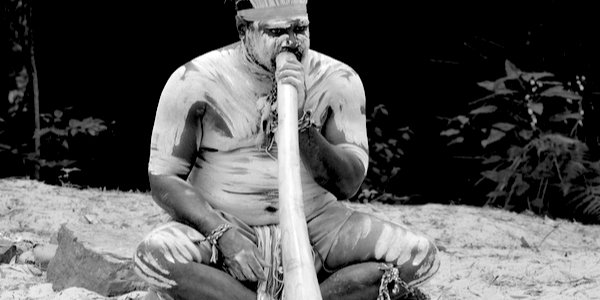 THE idiocies of identity politics are spreading themselves around the English-speaking world. In a recent post on The Conservative Woman, Jane Kelly highlighted how in the USA and UK, the identitarian Left wants you to be able to choose not only your own sex, but your race too. White people can be black if that’s how they wish to identify.

Australia offers its own trans-racial opportunities with the chance, for some at least, to be a ‘white Aborigine’.

All you need is a little bit of indigenous ancestry; it really needn’t be much. You can then ignore all your other antecedents and declare that you too are an Aborigine. It’s become a real phenomenon with people claiming full membership of their ‘ancestral tribes’ despite almost their entire extended family tree being of European descent.

You might be a strawberry blond brought up by fair-skinned parents in a Sydney suburb or look like the Milky Bar Kid’s twin brother,  but if you say you’re a Ngaanyatjarra or Taribelang tribesman you can’t be contradicted; questioning your Aboriginal authenticity is deeply offensive.

As white Aborigine Georgia Mantle has written, ‘I don’t deny my white skin . . . Aboriginal identity is not represented through my pale skin, but through my very essence and being.’

Without questioning Ms Mantle’s motivations, discovering such an ‘essence and being’ can have real advantages. Much public money goes to supporting projects to give Aborigines a hand up.

Apart from these tangible rewards, other prizes are possible, such as victim status, the trump card of identity politics. Certainly, many Aborigines were victims in Australia’s history. Terrible abuses were inflicted by European colonists, some of which continued until quite recent times. A shameful record of killing and dispossession with the white incomers often treating the indigenous population as barely human – an impediment, little more than wildlife to be cleared from the land. By murder if necessary.

We should be respectful of these facts but they are in the past, not a part of modern Australia life. However if you are a grievance-seeking narcissist, these awful events can be a honeypot. You too can suffer, even if only vicariously, under the cultural oppression of white hegemony, despite everyone previously assuming you were a member of that white hegemonic oppressor racial grouping yourself.

Then there is simple romanticism. If you’re dissatisfied with your mundane existence, why not reinvent yourself as a hunter-gatherer from a timeless people? Rousseau’s ‘Noble Savage’, now working in a Melbourne call-centre and paying the mortgage? How much more glamorous and exciting your new-found identity makes you!

Some of these white Aborigines are useful allies of the Left in their identity-based culture war on modern society. Take Bruce Pascoe, an ‘Aboriginal’ amateur historian. By Pascoe’s account, all his great-grandparents were white except for one Aboriginal great-grandmother. Pascoe has based his identity on her, not the other seven.

He has written a revisionist history book, Dark Emu, which reappraises pre-colonial Aboriginal society. He argues, in the face of generations of anthropological, archaeological and historical opinion, that rather than being nomadic hunter-gatherers, Aborigines were often farmers with sophisticated agriculture, living in stone houses in settled communities up to one thousand strong. The reason there is no surviving evidence of this? The wicked white colonialists destroyed it all.

In saner times, this wouldn’t matter much. Pascoe is entitled to his views, however outlandish. But he’s become a darling figure to the  Left as he helps discredit modern Australia and feed the beast of grievance politics. His book has won ‘a swathe’ of awards, sold in large numbers to Left-leaning Australians. There is even a children’s edition in use in schools.

The Australian Broadcasting Corporation (ABC), which seems to hold   the same cultural and political prejudices as our BBC, is just about to launch a TV serialisation of Dark Emu. Its website already treats Pascoe’s ideas as established historical facts.

But they are not. Serious historians have ripped them to pieces. You can see much of their criticism on the website Dark Emu Exposed.

One of its contributors, writer Peter O’Brien, has just published A Bitter Harvest, a strong rebuttal of Pascoe’s whole work. O’Brien scathingly describes Dark Emu as ‘worthless’ history and attacks Pascoe for promoting ‘a divisive victim-based agenda that pits one Australian against another’.

Here, O’Brien gets right to the heart of the dismal cult of identity politics.

Another critic makes an even more interesting charge: that Pascoe isn’t an Aborigine at all. Australian Sky News commentator Andrew Bolt, already a critic of Dark Emu, worked with genealogical researchers to identify Pascoe’s great-grandparents. He claims that all eight were born in England or to English immigrants; not one was Aborigine. Bolt wrote to Pascoe asking for an explanation but got no reply.

Though he did receive a slamming from Pascoe’s supporters, including the obligatory accusation of racism.

Now it’s got worse for Pascoe as the tribes to which he claims affiliation are starting to deny any connection. One, the Boonwurrung, has issued a statement that ‘we do not accept Bruce Pascoe as possessing any Boonwurrung ancestry at all’.

Perhaps the important thing is not whether Pascoe’s claims about his ancestry or Aboriginal agricultural prowess are true or false. Rather, it’s the fervour with which some on Australia’s Left and in the cultural and educational establishment have welcomed someone who has done so much to help exacerbate existing divides in Australian society, in spite of a huge body of evidence contradicting him.

The crimes that Aborigines endured were bad enough: the massacres, rapes and expropriations of land. There is no need to add  the destruction of a non-existent farming culture to make real Aborigines think they experienced more abuses than the ones we know took place. The Aborigines have suffered more than enough without becoming pawns in the culture wars of the modern world.