#MeToo could take a leaf out of the prohibition ladies’ book 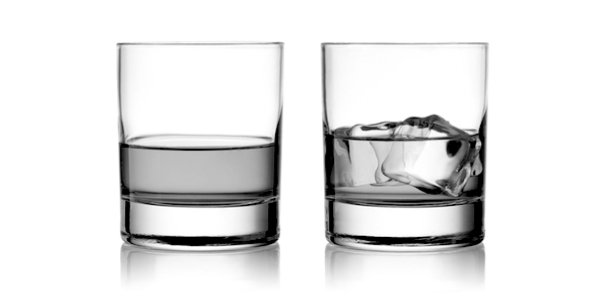 The amendment declared the production, transport, and sale of intoxicating liquors illegal, though it did not outlaw the actual consumption of alcohol. Shortly after the amendment was ratified, Congress passed the Volstead Act which declared that liquor (or spirits), wine and beer all qualified as intoxicating liquors and were therefore banned. Prohibition began on January 17, 1920, a year and a day after the amendment was ratified.

The Eighteenth Amendment was repealed by the Twenty-First Amendment on December 5, 1933.

If you would like to know more about the Eighteenth Amendment and the great victory of the temperance movement, which had both conservative and ‘progressive’ elements, I encourage you to watch the Ken Burns documentary on Prohibition which is available on Netflix.

The rights and wrongs of Prohibition are not confined to the past. In this piece, Kay S Hymowitz at City Journal examines the parallels between the temperance movement, which was largely driven by women, and the #MeToo movement, also driven by women.

Hymowitz: ‘Extraordinary as this post-Harvey Weinstein moment may seem, it’s not the first time that American women have risen up to protest male misbehavior. During the nineteenth century, women were in the vanguard of reform movements dedicated to fighting licentiousness, most of it male, and much of it sexual. If you squint hard enough to blot out the Victorian archaisms, these #MeToo prototypes can yield considerable insight into today’s reckoning.’

Women fought against prostitution and then quickly moved their attention to the saloon. Hymowitz again: ‘The temperance era’s Victorian evangelicalism has made it something of an embarrassment for modern feminists and progressives, but it has more in common with #MeToo’s rebellion against male license than these antique details suggest. In a rough-hewn frontier nation struggling toward bourgeois stability, the temperance ladies weren’t being prigs in viewing whiskey obsession as a threat. Women were not immune to demon drink, but drunkenness primarily followed evenings in dark, rowdy, male-only saloons. Drunkenness really did make life miserable for many nineteenth-century women. Every town and urban working-class neighborhood whispered rumors about sodden husbands who beat their children, raped their wives, and impoverished their households.’

Women, armed with ultimate moral power over men, fought hard against the demon drink and ‘it wouldn’t be exaggerating to call the temperance movement the most significant organized challenge to male authority since, well, Lysistrata’. Further, the organisational skills and power women gained from the temperance movement were crucial for First Wave Feminists and securing the right to vote.

Hymowitz points out some home truths that many feminists deny, namely that first, ‘a human, especially a male, tendency toward libertinism is an old, even universal, social challenge. Every society has had to figure out ways to contain it. Liberal societies have a smaller toolbox that can contain it’.

Ultimately, however, the #MeToo movement will struggle to win even the pyrrhic victory the temperance women achieved. The temperance movement demanded that men match the moral behaviour women displayed day in and day out. The same cannot be said for today’s feminists, who wish to hold men to higher standards then they themselves would ever have.

Hymowitz: ‘The temperance movement also raises some questions about the viability of #MeToo, despite its internet microphone. Nineteenth-century women weren’t just wagging their fingers and shouting prayers at wayward neighbors; they were speaking in a common dialect embedded in Protestant morality and an American vision of individual rights. With those sources of wisdom weakened, #MeToo is hamstrung by a central paradox: it is a moral-reform movement without an intelligible morality. The sexual revolution, Second Wave feminism, and a general loosening of manners in the second half of the twentieth century disabled most of the familiar language and customs for regulating sexual relations.’

The lack of a coherent sexual moral system may prove fatal for the #MeToo movement which maintains that men and women are essentially the same in matters of sexuality and offers consent as the only limiting principle to sexual behaviour. It is doubtful whether any previous society has been able to contain male sexuality on these limitations alone.