Why painful memories must not be locked away 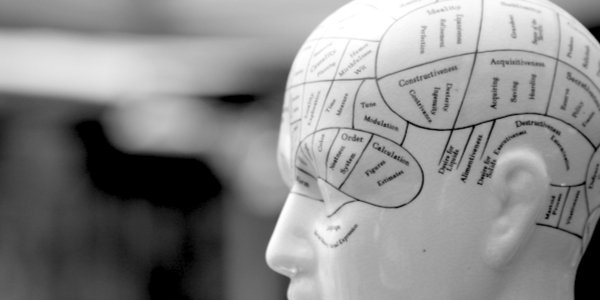 THOSE up on their psychology will be familiar with the phrase Nature and Nurture. This encompasses everything that causes a living being to be what it is and act as it does. Our ‘faults’, if we can call them that, are not in our stars but in our genes and synapses; plus our good friend the environment, which takes care of those things that shape our character once we are born, and which are not dependent on genetic processes.

What about Free Will, I hear you ask. Does that not enter into the equation at all?

It does, but not to the extent we would suppose. Some environments, intentionally or inadvertently, break a child’s will.

A child’s environment can be sympathetic to his particular needs and aptitudes, or antagonistic. A person who has had an unsympathetic, antagonistic childhood will frequently push unpleasant memories out of his conscious mind. This is one of the worst things that can be done with unpleasant memories, because excluding them from the conscious mind does not eradicate them. It shuts them out of awareness, but it also puts them beyond appraisal and interrogation, and they remain unchallenged and insidiously active.

This activeness manifests itself in a complex constellation of behavioural tendencies, inhibitions, attitudes to the self, to other people and to the world at large. These tendencies are rigid and reflexive, for example: hostility, dependency, anxiety, lack of trust, stubbornness. The person responds in a habitual way regardless of the particular circumstances; not always to his benefit, and frequently to his detriment. He becomes a type of puppet.

Such a person becomes discomfited and evasive when asked questions such as:

Did you grow up in an environment where harsh rules were enforced and you were punished if you rebelled?

In an environment of chaos and anarchy where you were left to sink or swim?

How were you punished? Physical assault; castigation; withdrawal of affection, toys, food; humiliation; banishment (cupboard under the stairs)?

Were you constantly compared with others? Favourably or unfavourably?

Were your opinions, likes and dislikes considered and respected?

Were you in deadly competition with siblings for attention, food, gifts, praise?

Were you expected to meet demanding standards which made you fear failure? For example school work, physical drill, tidying your bedroom?

If you created something original (craftwork, story, performance) was it praised, criticised, pointed out how it could be improved, ignored, ridiculed, discarded or destroyed?

Did your parents proudly attend plays or concerts in which you appeared?

Were you publicly shamed if you wet the bed?

Were you promised things and frequently disappointed?

Were you ever told that you were beautiful? Ugly?

Did anyone accompany you on your first day to school, and be there to collect you?

When there are repressed, painful memories fermenting within a person, he will feel ill at ease much of the time, but not know why. This interferes with his enjoyment of life and ability to form relationships. If he has a modicum of curiosity he may search for reasons for his lacking confidence, having a failed marriage or being unable to hold down a job. He will usually arrive at one of two conclusions. The first, that he is defective; the second, that it is not he who is defective, but the world around him. Which of the two conclusions he reaches will govern his subsequent behaviour.

None of the options addresses the nub of the issue. A person can act on himself or the world as much as he pleases, but his childhood remains the same, its baleful influence persists. One type of person internalises the problem, the other externalises it. Both are puppets: one is hamstrung, the other a blockhead; one a menace to himself, the other a menace to everybody else.