Why remembering the Holocaust is more important than ever 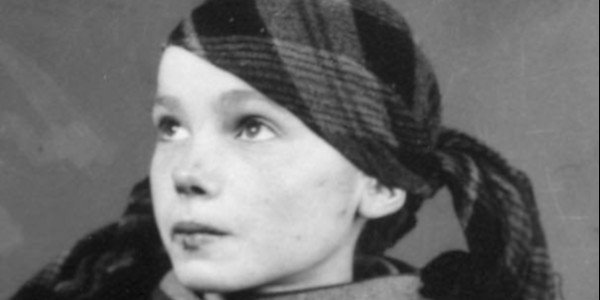 TODAY is the 75th anniversary of the liberation of Auschwitz. To describe those awful buildings as ‘gas chambers’ is to confer undeserved sophistication upon them. It implies piping, pumps, valves, stop-cocks, pressurised bottles, and a control console directing all the grisly fluid mechanics. Instead there were squat windowless constructions with hermetically sealable entrances. There were small holes in the flat roof through which pellets containing the poison were poured. Exposure to atmosphere and the heat from the crowded bodies did the rest. It was a simple and cruelly efficient method of murdering thousands using cyanide. The man who knowingly supplied the Zyklon-B pellets to the SS for mass murder, Dr Bruno Tesch, was tried by a British Military Tribunal, convicted, and sentenced to death. Rather than being gassed himself, he was hanged by Britain’s chief executioner, Albert Pierrepoint. Tesch had also organised the training of SS men in the techniques to be used in the murders.

Stalin stated that while a single death is a tragedy, a million deaths is a statistic. It is difficult to the point of impossibility to envisage the enormity of the crime, as the sheer size renders the victims anonymous. This is sadly normal. The news coverage of the death of Iran’s Chief Terrorist and the deaths of the airline passengers Iran killed may be equal. Certainly, none of the victims of an incompetent air defence has had the same exposure as the proxy war-maker.

The Twitter account @AuschwitzMuseum tries to break down the anonymity of the mass murders by making posts featuring the individual victims. There were two kinds. The first were those who were processed by the SS and put to work in the numerous slave labour factories that fed the Nazi war machine. For these, the site has access to the SS records including the profile shots the SS kept on all its slaves. The second were those for whom the SS had no use; they were sent straight off the cattle trucks, stripped naked and herded into the gas chambers. For these murder victims, the site has to rely on family photographs. We are given the victim’s date of birth, nationality, when they arrived at the camp and when they died. Those who died in the inhuman work and living conditions are described as having ‘perished’. Those who went to the gas chamber are described as ‘murdered’, a term rarely used to describe what actually went on.

The digital artist Marina Amaral has brought these monochrome images to life by colourising them. Through the application of flesh tones these images could have been taken yesterday. One of the most poignant has to be that of the battered face of Czesława Kwoka (above), a Polish Catholic who arrived with her mother at the camp on 13 December 1942. The photographer told the story behind the picture in the Daily Mail:

‘She was so young and so terrified. The girl didn’t understand why she was there and she couldn’t understand what was being said to her. So this woman Kapo (a prisoner overseer) took a stick and beat her about the face. This German woman was just taking out her anger on the girl. Such a beautiful young girl, so innocent. She cried but she could do nothing.

‘Before the photograph was taken, the girl dried her tears and the blood from the cut on her lip. To tell you the truth, I felt as if I was being hit myself but I couldn’t interfere. It would have been fatal for me. You could never say anything.’

Czesława Kwoka died on 12 March 1943 aged 14 in unrecorded circumstances. She outlived her mother by less than a month.

The majority of Nazi Germany’s murder victims were Jewish. Nazi Germany had been persecuting Jews for years before the ‘final solution’ of industrialised murder was devised. Before death, Jewish people were economically exploited through expropriation and slavery. After they had been murdered, their bodies were recycled. Their hair was taken and the gold from their teeth found its way into the European banking system, including those of neutral countries. Nothing was spared to make the task of mass murder economic and profitable.

The British and French Empires declared war on the Third Reich not because of the persecution of the Jews by Nazi Germany. Instead war was declared in response to Germany’s invasion of Poland. The prevention of the Holocaust was never a strategic objective of any Allied power, as any effort used in such a manner would detract from the effort to defeat Nazi Germany militarily and thus prolong the war. The end of the Holocaust could come only with the end of the war in Europe. The pre-war anti-Semitic activity of Nazi Germany and other continental countries was documented, in amongst other journals, the Britannica Book of the Year, in the editions of 1938, 1939, and 1940. Anti-Semitism would be documented in specific articles in subsequent editions until that of 1949; it then became an occasional subsection of the annual article on Jewry.

Anti-Semitism expressed through legislation and open violence had always been a feature of Eastern Europe, but unlike for Christians living in certain Ottoman territories, there was no protecting power willing to go to war to defend the life and liberty of Jews. The horrific lesson of the Holocaust for the Jews was that no other country would ever completely protect them. The logical conclusion was the necessity to found a Jewish state where Jews could enjoy unconditional safety and protection by being able to defend themselves by force of arms should the need arise.

It is this compelling logic that drives the Holocaust denial of anti-Semites. Deny the Holocaust and the establishment of the state of Israel is driven only by the ideological sentiment of Zionism. The Holocaust was and is a major justification for the existence of the state of Israel. It is also paradoxical that those who support the idea of Islamic republics oppose the existence of a Jewish republic, but then Zionism is not comparable to Islamism, the latter containing the supremacist elements of Nazism, including the desire for mass-murder.

All countries have common memories that drive their public agendas. Germany has the fear of inflation from 1923 in addition to the ghosts of Hitlerism, France has the desire for equality from 1789, America the love of liberty from 1776 seeded by the traditional English suspicion of state authority from 1640. Israel has the Holocaust, the culmination of centuries of persecution of the diaspora from the Holy Lands. The persecution has not stopped in the Middle East, but is now properly defended and retaliated against by well-trained and -equipped soldiers of the Israel Defence Force as well as the intelligence agents of Mossad.

Israel is not a utopia, but it has grown and allowed Jews to live in an environment of wealth, safety and freedom that is guaranteed by self-government as an ethnic majority rather than being a minority and thus subject to the whims of an electorate. The fact that the Labour Party in the last four years had become a haven for politicised anti-Semitism is evidence enough that Jews cannot even look to democratic governance outside Israel as a line of defence. It is not clear how many votes were lost in December by Labour due to its structural anti-Semitism. Certainly Labour’s revival in 2017 shows anti-Semitism was not at that time an issue that resonated with the voters, but it had exploded into the public consciousness only a few months previously with the exposure of Naz Shah’s public support for the transportation of Israelis out of the Middle East. The months between the last two general elections were a period of mounting fear amongst British Jews, to the lasting shame of those who made a career out of defending and promoting the leadership of Jeremy Corbyn.

With today’s anniversary, the Holocaust is moving out of living memory such that the majority of the survivors were children when they were put behind the wire by the Nazis. In the next two decades, natural causes will take them from us and the human link will be severed. This will mean that there are no living witnesses to refute the perverted claims of the denialists who seek to alter historical fact as a way to destroy the legitimacy of Israel as part of an anti-Semitic agenda. For the sake of the murdered millions and the safety of those now living in the state of Israel, we must never forget.

It may seem unbelievable, given the scale of the atrocity, but there were still Jews living in the Eastern German city of Dresden in early 1945. Some sixteen days after the first Soviet soldiers liberated Auschwitz, Victor Klemperer was amongst those commanded to deliver to each Dresden Jew orders instructing them to assemble for transport on 16 February 1945 at 6:45am. Only hand luggage and provisions for a march of about three days was allowed. They were to bring work clothes and bedding, but money and bank records were verboten.

I will detail what happened to the Jews in Dresden in 1945 in a future article.