NewsPaperthe art of publishing
HomeLaura PerrinsWhy risk our soldiers’ lives to save a girl who’d have been...
591

Why risk our soldiers’ lives to save a girl who’d have been happy to see their heads cut off? 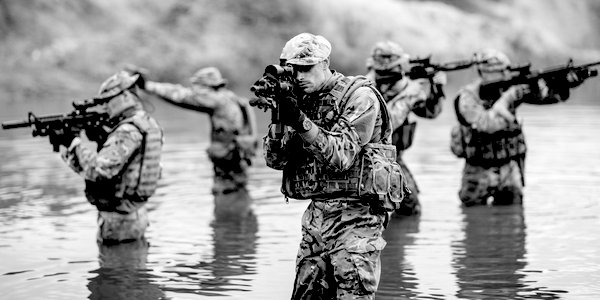 IF YOU are like me, dear reader, you will have been beside yourself with worry over Shamima Begum. She is the girl from Bethnal Green who decided that she would leave her life in London and go to Syria with two classmates to marry an ISIS fighter and have his kids. You remember ISIS, right – they are the ones that chop people’s heads off and post the video on the internet. Lovely bunch.

Ms Begum had two babies who died in the war-torn country and is now pregnant again. Realising that she might lose the third as well, she now wants out. Not because of the all the severed heads, or the brutality or the evil spread by ISIS, no, but because she realises it would be better for her child if she went ‘home’ to Britain.

All the usual suspects are telling us that since Ms Begum was only 15 when she left Britain to join our enemy we should do all we can to ‘bring her home’. We are to believe that she was groomed or brainwashed or manipulated or some such nonsense. We are to ignore the fact that it must have taken some cunning, determination and organisation to board a plane and get to Syria.

Never mind that millions of refugees in Syria who have seen their country destroyed by ISIS would risk life and limb to do this journey the other way around, no, it is Ms Begum that is the victim here. Oh, and if we are to believe Labour on the voting age, we should also have given Ms Begum the vote when she was 16, not that she would have been in the country to exercise it.

It would be one thing if Ms Begum managed to make her way back to Britain and turned up at Heathrow airport. If that were the case I probably would let her in, put her child in care and look to prosecute her for whatever offences were available. In this prosecution, she would of course be entitled to due process and have her youthful idiocy taken into account upon sentence. But that is not what we are dealing with here.

What the do-gooders are asking, what they are demanding, is that the British government use the resources of the British taxpayers and put lives of British soldiers at risk in trying to extricate Ms Begum from Syria. This would be morally wrong. That would be morally bankrupt and irresponsible – saying in effect that British citizens can go and give comfort and aid to the enemy and we will then rescue them when it all goes pear-shaped.

It takes a certain amount of self-loathing or delusion to want to risk the lives of British soldiers to rescue a girl who would have happily seen her husband cut off the heads of those same soldiers. I just cannot understand the thinking behind it.

It is not compassion – it is a kind of moral evil that we have come to expect these days but somehow barely notice. Only a government that loathes its own citizens would sign off on such a thing. So far, the Conservatives have held firm. They should hold the line.