Why the Leftie thinkers despise the white working class 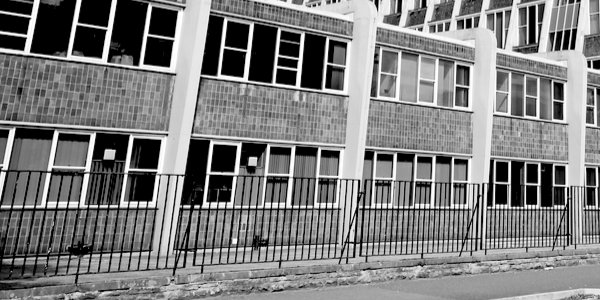 WHY is it that socialist intellectuals no longer care for the white working classes? Perhaps it is because, for the first time, they had to go to school with them.

One emerging sociological trend is the recognition of the culture of at best indifference and at worst discrimination against what is described as the ‘white working class’. This social group was easy to define in the era of full employment and a thriving industrial sector. It is less easy to do so now. While socialists of all hues used to champion labour with a small l as the be-all and end-all of human existence, their political successors by their actions appear to abhor what used to be their natural constituents. They prefer to advance the causes of groups based on innate or an acquired identity stated to be innate, rather than on their position in the UK economy. The result is that the white working class have been shunned and ignored to the point where they have stopped supporting the party set up to represent their interests, the Labour Party.

The decline and fall of the white working classes from the pedestal the Labour Party erected for them has been going on for about half a century, and mirrors the fall in mass employment in the manufacturing and industrial sector. The irony is that socialists who fetishised central planning did not plan centrally for what to do should the sector that employed their political client base vanish, other than proposing to declare an economic emergency and establishing a siege economy. In all fairness, they did not care too much, as their real clients were always the trades unions, who have persisted to this day, even as they haemorrhaged members.

But this is all an argument from a social and economic perspective. It does not explain the cultural indifference to the white working classes that is now exhibited by the Left.

An example of this indifference is what occurred in Barking and Dagenham in east London over the last two decades. This was a solidly white working-class neighbourhood, home to the largest council estate in Europe. The biggest employer was the Ford Motor Company. The pay settlements reached with Ford workers in the era of statutory wage control in the 1970s set the standard for pay rises across the country. Then things started to change. Ford closed its car plant in 2002. Demographic change coupled with a failure to build new housing meant that the offspring of existing council tenants could not follow tradition and live close to their parents, and the new demography was blamed. The BNP became the official opposition on the local council. As usual, Labour put the blame on the voters rather than their own policies. But that does not explain an indifference that borders on hatred for the section of the populace that was once Labour’s raison d’être.

Another social change of the last half-century is the abolition of grammar schools and their replacement by comprehensives. And this is where my personal experiences come in.

I went to a comprehensive school in Dagenham in the 1970s. While grammar schools had been abolished, there was still streaming according to ability. In the year I joined, the school merged with a neighbouring one that had served a council estate. The estate was on the other side of a barrier in the form of of an arterial road that was so forbidding it featured in the film Harry Brown as such. The area of Dagenham I came from was an enclave of private housing that consistently returned councillors from the ratepayers’ association. So this was my first real exposure to young people from the estate.

It was not positive. While most of the pupils were as pleasant as the ones I had known from my own junior school, there was a hard core of disruptive thugs. Fortunately, I was in the top academic stream, so my direct experience of classroom disruption was minimal. I fear for today’s pupils who have to endure mixed-ability lessons. In the 1970s the national mood was dominated by strike action that destroyed UK trade while the perpetrators of the strikes demanded a greater share of the fruits of this diminished trade. At my school, this culture translated into what could be described as industrial action by the thug element against being taught. Pupils such as myself were seen as ‘blacklegs’ for trying to get on and do well. This culture of hostility, exclusively by elements of the white working class, went far beyond the japes of Dennis the Menace against the softy Walter. It was relentlessly abusive, violent and cruel.

One particular incident is etched into my memory. I was the lucky recipient of free music lessons on the ‘cello. We were rehearsing with a teacher in a classroom one lunchtime. One of the cohort of the thug element outside in the playground jumped up and saw through the window what was going on. He and his cohort then started banging on the windows. Further practice was impossible. Worse, there was no prospect of any of the thugs ever being punished for their actions, even though a teacher had witnessed them. This was against a background of almost daily abuse, not because of my race, colour or creed, but just I wanted to do well at school.

At that moment I hated them with an impotent rage. No fate was too bad for them. They were being offered the tools and skills to make a better life for themselves and not only were they refusing them, they were preventing others from benefiting from them as well. In my mind they were true scum.

The culture of hostility to education by this thug element extended to causing two major fires at the school during the time I was there. In one case a culprit was caught when the bottle of the Molotov cocktail he used retained his fingerprints. He died in a remand home, choking on his own vomit from sniffing glue. His picture was on the front page of the local paper. I felt a sense of natural justice.

The thuggery was not exclusively directed at me and was not peculiar to my school or even that decade in secondary education. Years later, I canvassed my office colleagues, and they all stated they had similar experiences of comprehensive education.

While classroom disruption is deplored, it is possible to vilify only white working-class perpetrators without being accused of being racist. In our culture, if school classes are disrupted by those of another identity, an excuse for inaction over negative behaviour has been institutionalised as being the result of which is described by Left-wing educationalists as a ‘disadvantage’.

It is quite possible that the intellectual culture of contempt has developed as a consequence of a proximity that previously did not exist. How many state officials carry with them some negative experience, like the one described above, at the hands of a member of the white working class during the years of compulsory state education, and how many are informed by this in their official actions as a kind of collective punishment through a form of neglect? If they see someone who resembles a grown-up version of the yob or thug who made their formative years miserable and they have some power of decision over this person, how do they act? The evidence seems clear.

In the first half of the 20th century, socialist intellectuals championed the white working class and endeavoured to raise them out of the desperate conditions in which they were living. This no longer seems to be happening. It is reasonable to argue that this is because for the first time in history, the descendants of these intellectuals have had to go to school with the kind of people they should want to help and now feel they do not want to help them any more.