Why the Lefties hate fast fashion 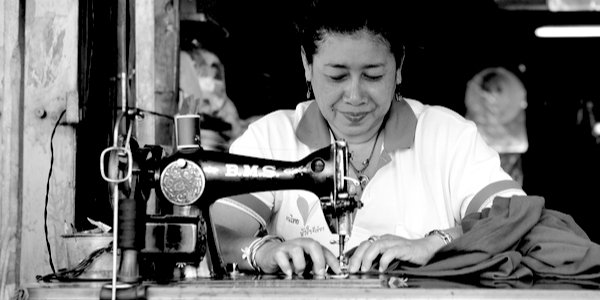 APPARENTLY there is a retail trend called ‘fast fashion’. The ‘fast’ element seems to be that the time from design to retail availability has speeded up, presumably because of the rise of information technology. The ‘fashion’ bit is that taste in clothing might be changing an awful lot quicker. Fast fashion clothes are quite affordable by those on modest incomes. Some are shameless imitations of pricier items popularised by celebrities. According to the ‘right-on’, this is a Bad Thing.

What is interesting is the use of language surrounding fast fashion. It is never made clear that the bulk, if not the totality, of the consumers of fast fashion are women. The totality of the public are branded collectively guilty for the success of a business model aimed squarely at the fairer sex. This is as bogus as stating that only Britain and the USA were responsible for the global slave trade. It is not clear why women are not explicitly targeted by fast fashion’s critics, but it is possible that being a woman is seen by the mass media as a ‘protected characteristic’, and as such women cannot be demonised for their constantly changing preferences informing their purchases. Perhaps it is that the only target of public demonisation will always and exclusively be the white, middle-class, middle-aged heterosexual male. Poor us.

Fast fashion is a consequence of free markets, where free, independent women make free choices how to spend their money. Another aspect of fast fashion is that the clothing is cheap and not necessarily designed for long-term, repeated or rugged use. Again, it is reasonable to state that it is only women who will wear an item of clothing designed to make them look distinctive on a small number of occasions before relegating it to the back of the wardrobe and finally disposing of it. It is the manner of disposal which at present seems the most controversial. Rather than donate the unwanted garments to a charity shop or dumping them in one of those large recycling bins for redistribution in the third world, they are put into bins to end up in landfill, where it apparently takes thousands of years, as it seems to be for everything that goes into landfill these days, for them to degrade.

Fast fashion is actually a reward of our modern capitalist economy. All clothing used to be expensive, but affluence and third-world countries lifting themselves out of poverty by becoming trading nations manufacturing cheap goods has created a win-win situation. We in the UK get cheap clothing and third-world countries take another step to developing their economies and lifting their people out of primitive village-based subsistence agriculture into urbanised modern wealth creation. The road to affluence is not easy or entirely pleasant, but it is the only road. Women worldwide are benefiting from global capitalism. This probably explains the opposition to fast fashion. Those who oppose fast fashion in particular also oppose capitalism in general.

So activists’ virtue-signalling is bogus in two directions. They want to restrict choice for women in the UK and raise clothing prices which will affect the poorest of their number, while also throwing workers, mostly women, in some of the world’s poorest countries out of a job and pack them off back to a bleak peasant existence. And they do this by pretending to save the planet. If the alleged price of saving the planet is a return to peasantry and penury, then the price is way too high. Let’s develop a space programme and colonise other planets. Or use them for landfill. Rockets powered by liquid hydrogen do not pollute.

The attack on fast fashion by metropolitan liberals is yet another evil socialist project, designed to interfere with open choices made by women in a free market by trying to make them feel guilty for wanting to spend their hard-earned money to look distinctive in a social setting. It is a form of closeted elitism, saying that only rich women may have a changing wardrobe of attractive clothes, while poor women may only look at magazine photographs of clothes they can never own. The Liberati complain about inequality but seek to promote it. When all sorts of goods were rationed in wartime, those with money could spend it to cushion themselves from the privation imposed by national emergency. And privation bypassable by affluence is quite openly the object of environmentalists. Once again the killjoys of disguised socialism have found a way to stop people’s fun using a form of concealed misogyny. But then it is, or should be, common knowledge that socialism is anti-women, while pretending it is not. Behind all the sham talk of equality, socialists want ‘common’ women across the country to know their place. And it does not involve letting these women on modest incomes look good on a Friday night.