Does Rupert Murdoch know what’s going on at News UK? 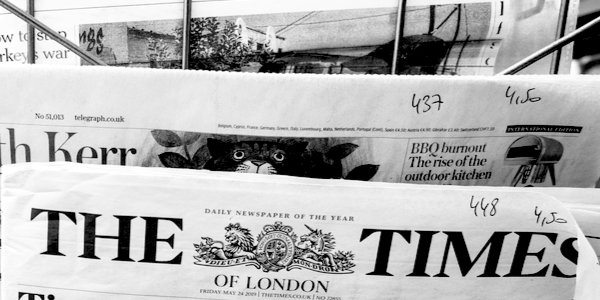 I’VE written before on this site about a virulent strain of ‘wokism’ which has infected both Times newspaper titles.

The Sunday Times is edited by Emma Tucker, who is described to me by one News UK source as ‘openly Left-wing’ and ‘fully on board with the desire to make the company more politically correct’.

Initiatives at News UK of which Ms Tucker would surely approve include the appointment of Shelley Bishton as the company’s ‘head of creative diversity’.

But it was the Times which ended 2020 scoring maximum PC points. On New Year’s Eve somebody in a senior position chose to devote space on its highly prized obituary pages to George Floyd, whose death in Minnesota in May sparked Black Lives Matter protests around the world.

It was odd that Floyd’s passing was marked fully seven months after he died and scores of readers of its online edition wondered why as well.

On its website, the Times explained its decision as follows: ‘When George Floyd died while being arrested in Minneapolis in May of this year the Times, in common with most other newspapers around the world, did not run an obituary for him. Yet in the weeks and months that followed, his death took on a level of significance that more than justified one, not least because it brought the Black Lives Matter movement into the mainstream of public discourse on both sides of the Atlantic. Protests took place in London, Leeds and other cities across Europe.

‘Premier League footballers, rugby players and cricketers began “taking the knee” before matches, as did Grand Prix drivers before races. Media companies, universities and public bodies including the Historic Royal Palaces and the National Trust started examining the role of statues and other monuments that commemorate slave traders. For some, action could not come quickly enough: in Bristol, a bronze statue of Edward Colston was toppled by protesters, daubed in paint and dumped in Bristol harbour.

‘Seven months on, the impact of George Floyd’s death is still being felt on the international stage. Here then, as 2020 comes to an end, is a belated account of a life that certainly did matter.’

This justification may have satisfied the Times, but, as many readers pointed out, the obituary was pretty thin and certainly light on detail when it came to Floyd’s various brushes with the law. The fentanyl intoxication and recent use of the stimulant methamphetamine which were noted in his autopsy report were absent from the account of his life.

One reader, Hawkeye, commented: ‘And these were only the crimes he was arrested for. Most crimes go unreported and unrecorded. As a former probation officer I was amazed at how many criminal acts a person could get away with before actually popping up on the police radar. I pity Mr Floyd for the mistakes he made but I think we have to also consider his victims.’

Another, Tony R, wrote: ‘This obituary is showing respect for the dead, and so it should, but it contains a number of omissions and inaccuracies, and that is to be regretted.’

A third, Asterix, stated: ‘Hmm . . . two of my posts deleted – clearly for mentioning (politely) a few ‘inconvenient’ facts that can easily be corroborated on the internet – but which don’t support the “approved” narrative. Time to delete my account . . .’

Joseph McGuinness opined: ‘Gushing and skips over so much. Very partial. “Gregarious young Floyd”? Really? Armed robbery and you say “but he was released on parole”. That ‘but’ is incongruous because you make it sound as if his conviction was overturned – it wasn’t and getting parole is routine. Obituary is more like a fan letter or college yearbook entry. What was that famous editor’s remark about if you have a choice to print the legend or the truth – print the legend.’

Steven Taylor summed it up for many when he wrote: ‘Pure hagiography!’

There are 208 comments so far, and it isn’t possible to repeat them all here. Suffice to say the overwhelming majority could not understand what the Times was up to.

Many others will wonder the same. The Times appears to have been paralysed by a spasm of middle-class white guilt which is quite at odds with its core readership and, one can fairly safely assume, its owner, Rupert Murdoch, who knows instinctively what’s good and what’s bad for business.

One wonders if he is aware of an email sent by Rebekah Brooks, CEO of News UK, to all her staff last October and forwarded to me by someone who works for News UK. Look no further for the explanation for this seemingly odd obituary decision. This is part of the email:

As a media company – more than any other corporate – it is important that at News UK we reflect the diverse make-up of the UK and Ireland and give voices to people from differing backgrounds and viewpoints. As a publisher and as a broadcaster we have a responsibility to our audiences to reflect society as a whole, both in our content and in our workforce. In doing so, we may also attract new audiences.

News UK’s Diversity Board has taken a deep look at the business and it is clear we need to take some proactive steps. I am grateful for all their efforts in this area. We now have a Diversity Strategy in place, which will challenge us to be more representative of all the audiences we serve.

This new strategy is focused on three priority pillars:

* attracting, developing and retaining young talent from a much broader pool

* driving gender and ethnic diversity in our wider leadership

In the next few weeks, HR Director Briony Hughes will be dropping into Town Halls and Huddles with other members of the Diversity Board so that everyone across the business has the chance to hear more about the strategy in detail and can be part of the conversation. We’ll also be organising a series of events aligned with Black History Month and I would encourage you to get involved.

‘Go woke, go broke’ has become a familiar mantra in recent months. Is the Times happy to lose money for the sake of appeasing the self-appointed cadre of career minority spokesmen who are currently calling the shots  – and who probably don’t buy the newspaper in any case?