NewsPaperthe art of publishing
HomeNewsWhy the Treasury can’t balance the sexes (or balance the books, for...
68 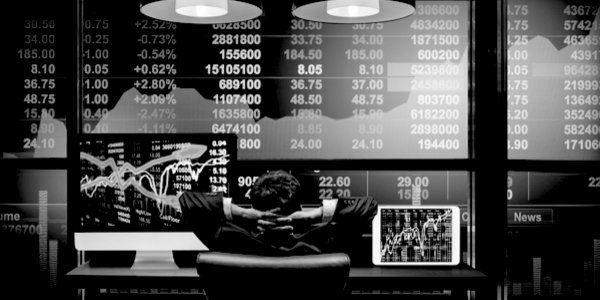 Today’s comedy turn from Westminster is a letter written in response to a report by the Treasury’s Women in Finance Committee. According to the Telegraph, this work of genius demands an end to the alpha male culture in finance, the removal of the ‘stigma of flexible working’ and for men to ‘lead by example’. Its authors, John Glenn and Victoria Atkins (who are ministers, it seems, not an astronaut and a diet designer), go on to observe that there is a long way to go before the financial sector becomes diverse (whatever that means).

The letter seems to have the support of the chairperson of that committee – the intellectual colossus that is Nicky Morgan MP – who said: ‘The gender pay gap in financial services is partly due to the woefully low number of women in leadership positions. The committee’s report said that, to overcome this, firms should change their culture, specifically around bonuses, to support the progression of women.’ Thanks, Nicky, start preparing your Nobel Prize acceptance speech.

My first thought is that, notwithstanding its target of 50 per cent women at all levels, the Treasury is not actually doing a very good job at running the nation’s finances. This is blindingly obvious to those who can count: we still have a national debt of £2trillion, the budget still is not balanced and the City has barely reformed in the wake of the 2008 crash. Public services notoriously squander money thorough inefficiencies. The NHS is a funding black hole and the state pension is a Ponzi scheme. While part of this is due to officials, far more of it is due to the weak (often misguided) oversight by politicians. Only a towering intellect such as Nicky Morgan could see through a generation’s worth of problems and spot that the root cause is a lack of women in senior management.

The City, which is the largest and most profitable financial centre on the planet is actually doing rather well and making lots of money – not least for pensioners (whose wealth it manages) and the government (to whom it pays tax). Some parts of the City, such as trading floors (which are now an integral part of banks) have a high proportion of males, and alpha males at that. There are two possible explanations. A fool like me would assume that it might be something to do with the fact that the mindset to buy and sell using your own, your boss’s and other people’s money and live with the consequences requires, among other things, high levels of numeracy, self-confidence to the point of arrogance and an amount of aggression (you need the best price, not just any price). If such people were no good at it they would lose money, which would be noticed and they would be out of a job.

As for aggression, as I have posted before on TCW, there are few (that’s actually zero at the moment) women in the infantry, where aggression is fundamental. There are quite a lot of alpha males.

If it is the alpha males who generate the profit, it is likely to be the alpha males who are promoted. There are plenty of other males (and females) in the City, but they tend not to get to the top for the simple reason that they do not have an instinctive understanding of the core business. It might also be that the non-alpha has no desire to be in charge of a bunch of alphas either.

Of course, silly me, I have neglected the other possibility, which I am grateful to Nicky Morgan for revealing to me, which is that there is a male conspiracy to exclude women from the City – even if doing so adversely affects the company’s ability to generate wealth. Nicky has a degree in law, so she can make an argument, but her maths was limited to adding up her fee income.

Nicky’s committee is more interested in making the Treasury balance the sexes at the probable cost of efficiency than she is in either ensuring effective regulation of the City (which is in bad need of it) or indeed running the government finances honestly.

And she has missed one other possible explanation – many women might not want to work in the City, so they don’t apply for the jobs there. Or is that a misogynist thought?