Why they can’t blame Trump for this latest mass killing 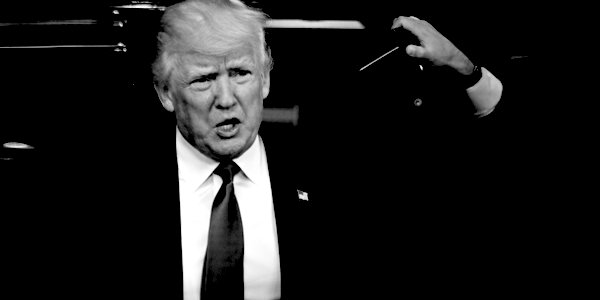 A MAN of 21, Robert Aaron Long, is in custody in the US accused of killing eight people and injuring several others in shootings at three ‘Asian’ massage parlours in the state of Georgia. The MSM has been quick to attribute his savagery to ‘white supremacist ideology’.

This is the latest mass killing in a country notorious for them. Last year alone, 615 mass shooting incidents resulted in 521 deaths and 2,541 injuries.

Six of the eight people Long is accused of murdering were Asian (four Korean and two Chinese women) and the incident is reported to have terrorised Asian Americans, already said to be traumatised by increased attacks and harassment during the Covid pandemic.

According to the 2017 Census Bureau population estimate, there are 18.2million Asian Americans in the United States; more recent estimates put the number above 20million. The group is highly diverse and includes origins in many countries of the Far East, South East Asia and the Indian subcontinent. The largest populations are to be found in California, New York, Texas, New Jersey, Illinois, Washington, Florida, Virginia, Hawaii and Massachusetts.

Guess who is to blame for this mayhem? Yes, Donald J Trump. From the outset of the pandemic the former President has made a point of referring to the virus as ‘the China virus’ or the ‘Wuhan flu’. The MSM point to this as the catalyst for Long’s actions.

Two things make this analysis problematic. Firstly, the gunman himself has told police that the attack was not racially motivated, but the result of his ‘sex addiction’.

Secondly, Trump’s labelling of the virus was not unusual. In fact, until 2015, viruses were ordinarily named after the area or locale where they originated, for example, Ebola, Hendra and MERS.

The World Health Organisation (WHO) then changed this protocol, calling upon scientists, governments and the media to adhere to what it called ‘best practice’. Its aim was to reduce ‘unnecessary negative effects on nations, economies and people’.

The WHO’s Dr Keiji Fukuda said ‘the use of names such as swine flu and Middle East Respiratory Syndrome (MERS) have had unintended negative impacts by stigmatising certain communities or economic sectors’ and may even ‘provoke a backlash against members of particular religious or ethnic communities’.

There is no doubt that being associated with the pathogen first discovered in Wuhan has caused distress to many Asian Americans, and indeed to people of Chinese origin in the UK. Reports of ‘hate crimes’ are said to have risen by 150 per cent over the last year. Some Asian Americans have been assaulted, spat on and told to go ‘back home’.

Anti-Asian bias is nothing new. In 1871, a group of Chinese men were lynched in Los Angeles. The internment of Japanese Americans during World War II is a stain on the country’s history. Asians have, however, made great progress socially and economically in the US, and there is no evidence that Trump ever showed any negative bias towards them.

The shootings are a symptom of a sick society, another dreadful tragedy in a USA already riven with uncertainty and fear. It is not the time for Asian Americans to join the Grievance Culture.