Why this woman – I repeat, woman – says Stonewall must go 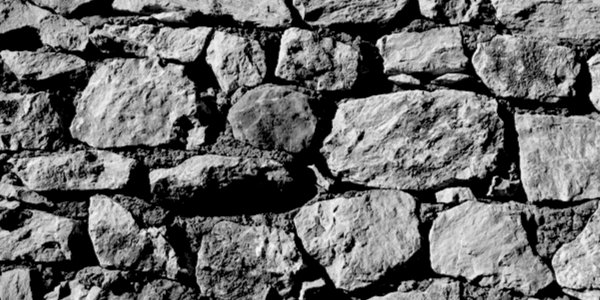 IT IS time to decommission Stonewall. You know Stonewall, right? This is the group which defends the rights of LGBT people, allegedly, and which politicians, especially Conservative politicians, love to pay homage to. This is the group that has probably been in and out of Downing Street more times than you or I have had hot dinners. Theresa May paid tribute to Stonewall when she was Home Secretary, David Cameron was a huge fan, huge, when he was Prime Minister, ditto Boris and Carrie Johnson.

So much love, just so much love for Stonewall. Anyway, the lads (and the lads who do not identify as lads) down at Stonewall are currently in a legal battle with Allison Bailey, a black, lesbian, feminist barrister. These identity markers are important for the case, even if they should not be important to the rest of us.

Ms Bailey is, according to her Twitter feed, ‘suing Stonewall Diversity Limited to stop them policing free speech’. She ‘helped to set up a new organisation for lesbian, gay and bisexual people, the LGB Alliance, to provide an alternative to Stonewall. In retaliation, Stonewall had me investigated by my chambers in an attempt to cost me my livelihood’.

This dispute is ongoing, and some pretty remarkable things emerged from the tribunal this week. Evidence was given by Stonewall’s ‘Head of Trans Inclusion’ Kirrin Medcalf (who had the support of a therapy dog, his mother and another person). Medcalf had some interesting things to say in evidence.

According to reports on Twitter, Medcalf confirmed in court that Stonewall policy says that even acknowledging or recognising the fact that trans women have male bodies is ‘transphobic’. The corker was, when replying to the question, ‘You define women as anyone including men who say they are women?’ came the answer, ‘Bodies are not inherently male or female. They are just their bodies.’

I cannot think of a bigger lie and bigger anti-science statement than a denial of the male and female. We are not ‘assigned gender at birth’. We are all either of the male or female sex, long before birth. That’s why at the 12-week scan you can often tell whether your unborn baby is male or female (although the policy is not to tell parents until the 20-week scan).

You can understand why the lesbians are a bit worried about the whole ‘there is no such thing as sex or the female body’ mantra. If you are same-sex-attracted, you are attracted to someone of your own gender. The fact that your body is female, and the body of the person you are attracted to is female, is quite an important detail. It is not just a sideshow. But Stonewall will say, people who are same-sex-attracted must have equal rights and also there is no such thing as sex. Confused? I dare say you are, dear reader, I dare say you are.

What annoys the feminists so much is how women are targeted on the basis of their sex and on basis of their bodies. In fact, the reason why NHS policy is not to tell parents the sex of their unborn baby at a 12-week scan is because some babies, if female, will be targeted for termination by their parents. It is a tiny minority, but it happens (Sir Keir Starmer refused to prosecute one of the cases that the Telegraph exposed, but I digress). To those unborn baby girls, their body is inherently female, so much so that it could cost them their right to life. Just ask the women in India or China if being female is ‘just a feeling’.

So I for one am done with the Stonewall. These people are in the schools, in Downing Street, in corporations pushing this anti-science, anti-woman nonsense, or disinformation, to use the parlance of our time.

Stonewall are the threat – they are the people who want to put rapists in women’s prisons if they say they are women. They are the ones who say how very dare you object to a man being in a changing room with your daughter? Well, I do dare. I dare very much.

So the next time you see a Conservative politician sucking up to Stonewall, remember just what Stonewall are advocating – that is the erasure of women. It’s high time they were told to wind their necks in.