Why we must protest about WHO lockdown plans 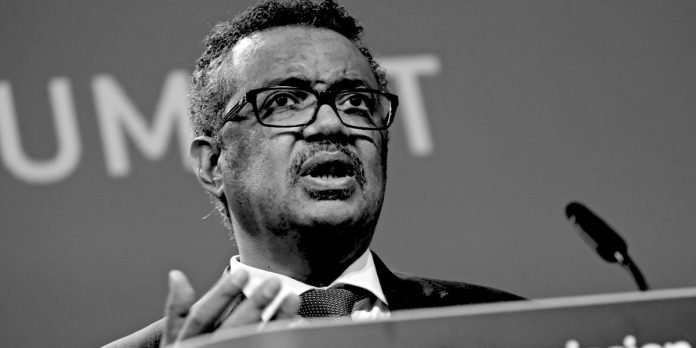 THE World Health Organisation is to make lockdowns and other non-pharmaceutical interventions intended to curb the spread of viruses part of official pandemic guidance.

The revelation comes in a report scheduled to go to the WHO’s World Health Assembly later this month. This is not part of a new pandemic treaty and does not require the endorsement of member states. The report says the implementation is already under way.

Many have raised the alarm about a new WHO pandemic treaty. However, as I’ve noted previously (and as Michael Senger notes here), there isn’t a new pandemic treaty on the table. Rather, there are amendments to the existing treaty, the International Health Regulations 2005, plus other recommendations (131 in all) put forward in a report from the Working Group on Strengthening WHO Preparedness and Response to Health Emergencies.

Most of these amendments and recommendations relate to information and resource sharing and preparation for future pandemics; none of them directly interferes with state sovereignty in the sense of allowing the WHO to impose or lift measures. However, that doesn’t mean they’re not dangerous, as they endorse and codify the appalling errors of the last two years, which began with China’s Hubei lockdown on January 23 2020.

The recommendations in the report originate from WHO review panels and committees and were sent out in December 2021 to member states and stakeholders in a survey to seek their views.

Non-pharmaceutical interventions appear three times in the recommendations, once under ‘equity’ and once under ‘finance’, where states are urged to ensure ‘adequate investment in’ and ‘rapid development, early availability, effective and equitable access to novel vaccines, therapeutics, diagnostics and non-pharmaceutical interventions for health emergencies, including capacity for testing, scaled manufacturing and distribution’.

While rapid development and early availability of non-pharmaceutical interventions sounds worrying enough, it could be interpreted in a number of ways by states.

Where it really gets alarming, however, is in the ‘leadership and governance’ section. LPPPR 29 states (emphasis added):

‘Apply non-pharmaceutical public health measures systematically and rigorously in every country at the scale the epidemiological situation requires. All countries to have an explicit evidence-based strategy agreed at the highest level of government to curb Covid-19 transmission.’

The requirement that a country’s pandemic strategy must aim to curb viral transmission is a major change from the current guidance. The UK’s existing pandemic preparedness strategy, prepared in line with previous WHO recommendations, is completely clear that no attempt should be made to stop viral transmission as it will not be possible and will waste valuable resources, stating this in three places:

‘It will not be possible to halt the spread of a new pandemic influenza virus, and it would be a waste of public health resources and capacity to attempt to do so.’

‘It almost certainly will not be possible to contain or eradicate a new virus in its country of origin or on arrival in the UK. The expectation must be that the virus will inevitably spread and that any local measures taken to disrupt or reduce the spread are likely to have very limited or partial success at a national level and cannot be relied on as a way to “buy time”.’

‘It will not be possible to stop the spread of, or to eradicate, the pandemic influenza virus, either in the country of origin or in the UK, as it will spread too rapidly and too widely.’

But now the WHO says that curbing viral transmission is to be the aim of pandemic response. This is a disaster.

Worse, the report says this recommendation will be incorporated into the WHO’s ‘normative work’, meaning it will be part of official WHO guidance to states during a pandemic. Worse still, it says it’s already being implemented – it doesn’t need a treaty or the agreement of member states to do this, it’s already happening.

Expect to see new guidance appearing at the international and national levels over the coming months and years which incorporate this presumption that restrictions should be imposed to curb viral spread. This is despite the last two years only confirming the wisdom of the WHO’s previous guidance that this is not possible and not worth the attempt.

This matter must be raised at the highest levels so that lockdowns and other non-pharmaceutical interventions are kept out of all pandemic planning.

Sign the parliamentary petition against the latest moves by the WHO here – now at more than 121,000 signatures.

This appeared in the Daily Sceptic https://dailysceptic.org/ newsletter and is republished by kind permission.