Why we must remember Auld Lang Syne 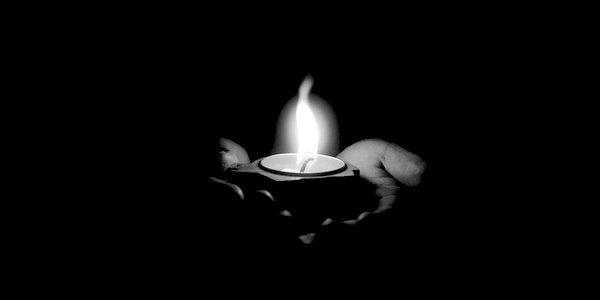 JUST as the year end approaches, Scotland’s First Minister Nicola Sturgeon has ordained that Edinburgh’s Hogmanay street party is cancelled. This is an event which normally attracts up to 30,000 revellers, but in spite of the fact that Public Health Scotland had assured everyone ‘We’re Covid safe and regulations complicit’, this most important celebration of the year has been called off due to tightening Covid regulations. Television and press coverage already shows city centres desolate and lifeless.

Meanwhile, London Mayor Sadiq Khan has cancelled the fireworks display for a second year running, as well as the concert spectacular in Trafalgar Square. But at least English party-goers will be able to celebrate in pubs and restaurants without new restrictions. Prime Minister Johnson has pledged to rely on ‘guidance to limit socialising over the New Year, rather than legally binding rules’, while reiterating ‘I urge everyone to get their first, second, or booster jab without delay, to protect yourselves and your loved ones.’ But just to be on the safe side, he will ‘continue to monitor the data carefully’. Well, that’s all right then.

Actually it’s not. The experience of last year’s ‘festivities’ fills me with a sense of regret at what we’re going to be deprived of again this December. And it’s not the missing fireworks, or the blaring bands, or the pricey big tickets that most alarm me. All that is just Americanised carnival superimposed on the authentic celebration I remember from my Scottish youth – the bells, the dram, the handshake. Last year I realised that the very essence of the moment was missing. It was the abandoned ritual of Auld Lang Syne.

Probably the most famous, most frequently and widely sung song in the world, it was written in 1793 by my local Ayrshire poet Robert Burns. It has come to be sung on every conceivable occasion where people gather – parties, weddings, christenings, conventions, assemblies, reunions, sports, Olympics, concerts, and in particular at the year’s end. But only at the end. The amazing thing is that very few of those who sing it actually know the words, and even fewer understand them. Still, they mouth, hum, mime, pretend, bluff their way through, and occasionally come up with the right sound.

It’s the most covered song in recording history, not only with versions by Andy Stewart and Bing Crosby, but even the Beach Boys, and the saccharine Shirley Temple. Chas and Dave gave it a Cockney makeover, and Cliff Richard used it as a setting for the Lord’s Prayer. Hollywood loved it, using it to great effect from The Gold Rush and Tom and Jerry to Sex and The City and of course It’s a Wonderful Life. President Roosevelt had it played to celebrate his second nomination, and Nancy and Ronnie gave it some tearful wellie when he finally stood down. It was even sung in the Christmas Truce during WW1 by every participating nationality.

It’s not just a great tune, with great words, but redolent with that universal sentimentality that, for an expat Scot like myself, never fails to choke you up. This is brought home most poignantly any time I get to re-watch the BBC film from 2013 How Auld Lang Syne Took Over the World (sadly removed from the online archive), in which the Scottish presenter Dougie Vipond shows how Scotland’s best-known musical export has become a worldwide phenomenon. It’s full of celebrity reminiscence, but very few of even these avowed patriots can accurately recite it, not even the first verse and chorus. And don’t get them started on the hand-holding protocols or the unseemly hokey-cokey crush at the end.

To my embarrassment, I’m also aware that I’m not a hundred per cent au fait with the words myself, so it must be quite impenetrable to those unfamiliar with the Lowlands vernacular. But translations and even pronunciations abound and as the authentic text becomes clear, it is a revelation. The familiar starting point ‘Should auld acquaintance’ is a question: what’s the point of all this nostalgia and reminiscence? For Burns it’s obvious. Remember? Yes, of course we must! It’s a duty, an exhortation, to keep the old memories alive, to cherish the ties with the past, friends and family, and even (or maybe especially) when we’re far from home, to cherish and celebrate it. The past matters.

No wonder Sadiq Khan made sure it was absent from his new world order welcome to 2021. Not for him the good old traditions, but instead a slug of NHS worship, a giant BLM fist in the sky, and an eco-reminder on the back, bizarrely, of a turtle. A Woke message in the night sky, with none of the emotional farewell to the Old Year and hopeful ringing in of the New. Well, as John Gray reminds us, he Woke have no coherent vision for the future: ‘They are infantile leftists, acting out a revolutionary performance with no strategy or plan for what they would do in power . . . as could have been foreseen by anyone with a smattering of history.’ All this new world order wants, he continues, is the end of the old order. What a blank and pitiless world is being created.

Forgetting the past is a recipe for disaster and societal collapse. So it’s all the more imperative to sing out this message from Burns. And not just through that amorphous save-the-world and we-are-one Utopian fantasy vision, but by the established bonds and relationships that have worked in the past and, tried and tested, can still contribute to a meaningful future.

In the last verse, there’s the hand-shake. (The buttoned-up revellers of John Knox’s Scotland never really went in for the excesses of those European embraces.) The hand-shake is the true, ancient symbol – of peace (demonstrating that the hand held no weapon), sincerity (when taking an oath or promise) and a gesture that seals a sacred bond. Now farcically replaced with grotesque elbow bumping or just an embarrassed stand-off.

Burns’s final exhortation urges us to shake hands with our known and trusted friends – ‘my trusty fiere’, with whom we have shared experience and always keep in our hearts. It mattered then, and matters now – ‘my ain folk’, those with whom we really share values and beliefs.

It’s a pledge, still relevant for our time. So, more than ever, we should all learn the words, and make sure we understand what they mean. Certainly we should all be belting it out every New Year, especially along the Embankment, down Princes Street and in George Square, to make sure that we’re not regretting The End, but committing ourselves hopefully to a purposeful continuation of ‘auld lang syne’. It’s the perfect conservative anthem.

So, to help you along, and share best wishes for the New Year with all TCW readers, listen to the Choral Scholars of University College, Dublin. Their rendition is a little anglicised, which always helps with the understanding, so we’re denied the mysterious ‘right gude-willie waught’ at the end. But they are young and sincere, and look ahead with style and optimism. Just such a pity they’re forbidden the ritual hand-shake that seals the deal . . .