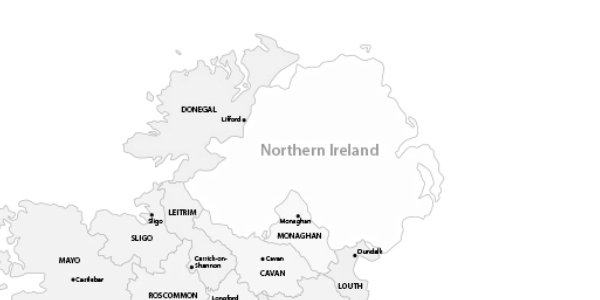 Last week the House of Lords voted down Boris Johnson’s Internal Market Bill in what was generally perceived to be a symbolic gesture. They approved a motion to regret the Bill on the grounds that it ‘would undermine the rule of law and damage the reputation of the United Kingdom’. The Bill will not be affected by the Lords vote, but more worrying is the EU’s attempt to sabotage it that John Hayter details here.

ON October 1 the EU announced that it was taking legal action against the UK over the terms of the Internal Market Bill. The grounds were that clauses in the Bill breached the Withdrawal Agreement (WA) between the UK and the EU.

Those clauses confer powers on the Government to issue regulations which would override parts of the Northern Ireland Protocol, which legally forms part of the WA.

In practice, states quite often disregard treaty obligations or interpret them to their benefit. The EU is no stranger to this behaviour, particularly when it comes to its lack of respect for its obligations under World Trade Organisation Agreements.

International law is built on the custom and practice of states, and there are circumstances where it is generally recognised that states are legitimately excused from complying with treaty obligations.

There are good arguments that the Government’s clauses will not breach international law, contrary to the EU’s contentions:

1 The clauses do not breach anything. Even if passed into law, they simply authorise action in the future.

2 There is a general principle of international law that treaty powers should be exercised in good faith. The EU’s blocking of reasonable ‘goods at risk’ rules, threatening to use treaty machinery to impose tariffs on trade between Britain and Northern Ireland, could be classed as a bad faith exercise of treaty powers. The Government’s clauses would allow Britain to protect itself from abusive exercise of treaty powers by the EU, and therefore can be justified under international law.

3 The Government would be acting in defence of a fundamental aspect of the UK’s constitution, which is built upon internal free trade amongst the different parts of the UK.

After the UK ceased to be an EU member in February the European Court of Justice (ECJ) became an entirely foreign court owing its allegiance wholly to the EU, and not to the UK. Under universal international treaty practice, sovereign states do not subject themselves to binding rulings by the courts of another treaty party. They insist on strictly neutral adjudication.

But not so in Theresa May’s atrociously negotiated WA. She accepted clauses giving jurisdiction over the UK to a wholly foreign court, in complete disregard for normal international treaty practice. Boris Johnson in his renegotiation was unable to remove those clauses.

The Northern Ireland Protocol says that the ECJ and the European Commission have direct jurisdiction over the parts of the Protocol to which the Government’s clauses would apply. The chances of the ECJ accepting a UK Government argument that its clauses are justified under international law are zilch.

The Government must therefore decide how it would deal with an adverse ECJ ruling. First, an ECJ judgment cannot be enforced against a sovereign state. Second, there are credible international law arguments that the UK’s obligations under the WA, including the atrocious and one-sided ECJ jurisdiction clauses, have been vitiated by the EU’s bad faith behaviour over the course of the negotiations.