Why we simply have to leave without a deal

We are trapped in a perpetual Brexit wash cycle. Arguments are circular, accusations baseless or exaggerated, and in true Lewis Carroll fashion, words can mean whatever the speaker chooses. There is no clear way out, and the suspicion grows that many of those at Westminster are not looking to resolve the situation, only to perpetuate the chaos and misery for personal and political gain.

To get some perspective, it is helpful to reflect on how we came to be at this current impasse.

The EU decided that they would not allow any discussions on trade until after the UK left. To justify this ‘red line’, they claimed it was a legal requirement. In fact, Article 50 says nothing of the sort. It was a clear negotiating ploy by the EU to cause the maximum problems for the UK after Brexit.

If the UK were to leave the EU without a trade deal, there would have to be a period after leaving but before they agreed a trade deal which, for convenience, we can call ‘limbo’.

The UK Government believed that we faced economic ruin during limbo as it would leave us without a trade agreement with the EU and unable to negotiate alternative deals with anyone else. It also appears that some Cabinet Ministers wanted to delay leaving the EU for as long as possible to frustrate the result of the Referendum. Therefore limbo evolved to become the transition period, of indeterminate length, which would keep the UK in the EU (without a vote or say) until it agreed a trade deal.

Although our short-sighted politicians focused on the Northern Ireland backstop, many other clauses of this treaty are onerous for the UK. The EU will take control of many areas of UK policy-making post-Brexit, either directly or via the EU-dominated ‘Joint Committee’. Even the interpretation of the Agreement is determined solely by the European Court of Justice. It is a terrible deal for the UK, and a long way short of what most people thought they would get after the Referendum.

It is important to recognise that the WA doesn’t include any trade deal. It only perpetuates the current mutual trading arrangements. As the UK imports a lot more than it exports, the EU is a significant beneficiary of this arrangement.

A direct consequence of the refusal to discuss trade before leaving has been the NI backstop. Essentially all movements across the NI/Republic border come down to services, people and products. Services don’t come under EU regulations and even before we joined the EU there was free movement of people across the border. The ‘problem’ of the border revolves around the lack of any formal trade agreement post-Brexit. Alternatives for trade between Northern Ireland and the Republic exist but the EU has always refused to consider them.

The UK thought it could flank this issue by setting up a side deal with the Irish Republic, but the Irish have so far remained resolute and aligned behind EU policy.

So that is where we are today.

T May’s Withdrawal Agreement that nobody likes is the only deal on the table. B Johnson hopes to agree another deal, apparently still based on May’s Withdrawal Agreement. The Labour Party talk about their deal, but this doesn’t actually exist other than in the mind of Keir Starmer and has never been discussed with the EU. By all accounts it is the worst parts of Mrs May’s deal, with lots of additional concessions to the EU.

But time has moved on since the PM announced the UK was to leave the EU. We have missed the original exit date and are on our second extension. It is not even clear if we will leave on 31 October, or if the EU will demand concessions to permit another extension or how long any extension could be. Events, it seems, are completely out of our control.

The Withdrawal Agreement (with or without the backstop) has no end date. It will end when the EU have the trade deal they want. As they have the negotiating leverage, any trade deal will be favourable to them. Presumably, this purgatory will continue until the EU have tired of dangling the UK on a string and finally agree to put us out of our misery.

The Government has presumed that the UK cannot survive the economic shock of leaving without a Withdrawal Agreement. Threats of a ‘no deal’ Brexit have until recently been just that: empty threats. That situation may change (35 days left!) if Mr Johnson is to be believed. But after more than two years of unproductive and destructive negotiations, it is time to make leaving on 31 October 2019 without ratifying the Withdrawal Agreement our primary object.

This would have the beneficial effect of hitting the reset button on the negotiations between the UK and the EU. Trade talks could start as equals rather than with the UK as a supplicant. There will be no transition period, no continuation of EU regulation and no oversight by the ECJ.

Words such as ‘crash’, ‘chaotic’ and ‘catastrophic’ are thrown around to describe a ‘no deal’ Brexit, but they are negative, alarmist and non-specific. They are used to prejudice and close down discussion.

Even the most ardent Leaver will accept that there will be some bumps in the road by going for a ‘no deal’ Brexit. Whether you consider the bumps too severe will depend on whether you are a Leaver or a Remainer, but the impact on the economy will depend on how well we can navigate the road ahead.

From a balanced perspective, the economy is doing well, is stable and resilient. The severity of the impact of a ‘no deal’ will depend on the actions of business, rather than Government who, by and large, have shown themselves incapable of managing the process to date. It isn’t the planning for the known problems that will have a lasting effect, it will be how well we respond to the ‘unknown unknowns’.

The media have spent too much time listening to a few vested interests weeping about a possible negative impact on their short-term profits. They have had the best part of three years to sort themselves out so if they are not ready now, they never will be, and there is no one else to blame but themselves.

Regardless of which path the country ultimately takes, it’s important for people to understand that many of the present unpalatable options now facing the UK directly result from the EU’s refusal to include discussions about trade in the exit negotiations. 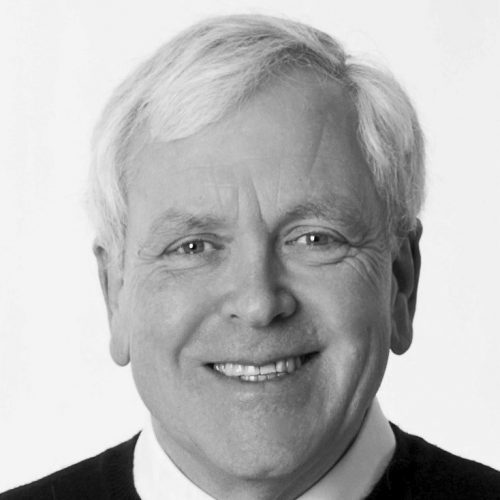