NewsPaperthe art of publishing
HomeCOVID-19Why will so few Tories rebel on Plan B today?
154

Why will so few Tories rebel on Plan B today? 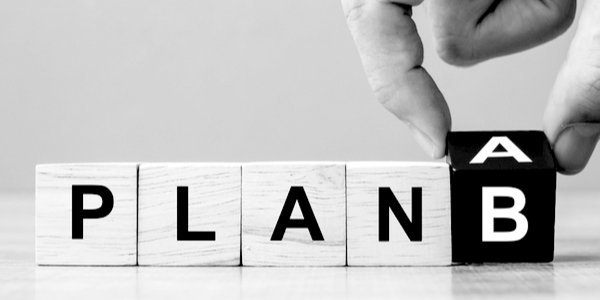 WHY are only 70 or so out of 360 Conservative MPs likely to refuse to support the government’s ‘Plan B’ Covid restrictions when they vote today?

Because David Cameron, Conservative leader from 2005 to 2016, successfully moulded the party in the image of his political hero, Tony Blair. It is therefore entirely fitting that most of them will vote with the authoritarian, neo-Marxist Labour Party to allow the latest measures to cruise through the House of Commons.

The Plan B restrictions, announced by Prime Minister Boris Johnson last week, require masks to be worn in churches but allow worshippers to take them off to sing. At church last Sunday, as I took my mask off to sing the first hymn, the thought crossed my mind that should Boris Johnson fall over the ‘Partygate’ scandal, the Conservatives could well get a leader (and us a prime minister) who would ban singing altogether, mask or no mask.

One can only hope that in their Commons speeches today the Conservative rebels are able to challenge the neo-Marxist health security Stasi who seem to have successfully spooked Mr Johnson into bringing in the Plan B measures. A government body with a Communist-sounding name, the UK Health Security Agency, is lurking behind the latest restrictions.

Even if, in John Humphrys’s clever biblical allusion in his Daily Mail column, the Omicron variant turns out to be ‘a sheep in wolf’s clothing’, would this Blairite Conservative government have the moral courage to stand up to the lockdown establishment in the New Year?

One of the great privileges of being part of a Christian church at my age is being able to mix with families with young children. If I was not part of a church, I would not get to do that in my circumstances, having no grandchildren myself.

My observation is that the lockdown has really taken its toll on young families. Some of the school-age children look as if they are bearing the weight of the world on their shoulders. That is not surprising when lockdown propaganda since March 2020 has been telling them that they were potentially virus-spreading granny-killers.

It would be a boost to our democracy if a good number of the Conservative rebels were to resign their Party Whip after today’s vote. That would certainly register an anti-lockdown presence in the Commons.

I attend an independent evangelical church these days but as I am a conservative Anglican exile from the Church of England, words from the 1662 Book of Common Prayer tend to spring to mind during worship.

The intercession for the governing authorities at Holy Communion seems particularly apt in the dire crisis consuming our parliamentary democracy under its constitutional monarch:

‘We beseech thee also to save and defend all Christian Kings, Princes and Governors; and specially thy servant ELIZABETH our Queen; that under her we may be godly and quietly governed: And grant unto her whole Council, and to all that are put in authority under her, that they may truly and indifferently (impartially) minister justice, to the punishment of wickedness and vice, and to the maintenance of thy true religion, and virtue.’

Ahead of today’s voting, we also publish a reader’s letter to her MP, Lloyd Russell-Moyle, the Labour member for Brighton Kemptown.

I am a constituent living not far from you. I never really get involved in politics but I am dreadfully concerned about how and where we are being nudged along to, as a society.

All eyes will be on the parliamentary vote today on the introduction of vaccine passports.

This is a coercive measure that has nothing to do with stopping virus transmission – the vaccine does not stop transmission, so how will a vaccine passport save lives? It won’t. This is a measure that is about control.

Rather than living in a society where you are free unless you go over the edge and break a law, this is a move towards a society where we have to seek permission based on one’s medical status, to do anything – the vaccine passport is a step closer to a social credit score system – that is also not okay.

This week I saw a video of an elderly Italian lady, (vaccinated/followed the overbearing rules), stopped from boarding a bus by officials because she did not have a smartphone pass. Is that an ‘inclusive society’, Lloyd? Is that where this is heading?

On the other hand, it would be nice on Tuesday to see who is brave enough to stand up against tyranny and protect the people from it. Please consider what this is the start of and where this ends before you cast your vote on Tuesday – the decisions that you all make this week in parliament will be remembered in history.

Please remember that you are elected by people to serve the best interests of the people rather than toeing the party line – I have read that Starmer is for these measures.

Please remember that the people that you represent have the right to bodily autonomy and the right to live in a free society. I believe that you know that.