I’m not a transwoman but I used to be a teenager, and I have a fair idea why boys want to change sex.

When I was 15 or 16, I was a very incomplete human being. Legally I was a couple of years short of my majority but in truth I was miles away from the longed-for paradise of adulthood. Especially when I compared myself with girls of my age. By her mid-teens a female is effectively a woman. And during my adolescence in the late 1970s, before the arrival of ID cards, a 15-year-old girl was able to swan into any pub or nightclub without being challenged. She could find an older boyfriend with a car and a job and perhaps a flat of his own. She could join him on holidays and prepare to settle down and start a family, or not, according to her wish. Independence and autonomy were hers already.

At 15 I was facing a decade of low-paid work and student drudgery before I could assemble the paraphernalia of the fully-fledged bourgeois male: a degree, an income, a mortgage and a life insurance policy. Until then I would be ineffectual and virtually penniless. And the grown-up world would ignore me completely. However it was possible, as it still is now, to side-step this purgatorium by taking one of the three fast-tracks into adulthood: to become a criminal, to become a parent, or to become a patient.

A teenager who commits a crime is mobbed by adults who take him very seriously indeed. Likewise, a teenager who fathers a child attracts a tremendous amount of attention from grown-ups who confer on him, by definition, an adult’s rank. But the best option of all is to become a patient. A patient is top of the heap in our society. Unlike the teenage dad or the teenage law-breaker – whose actions have consequences he must confront eventually – the teenage patient has no responsibilities at all. The responsibility lies with the earnest professionals who swarm around him, treating him with solemnity and respect, asking him deferential questions, even transcribing his thoughts and feelings into a dossier devoted to his ‘condition’, which really means his ‘life-so-far’.

Imagine what that’s like for a 15-year-old boy. Last week, he was in the classroom writing down all the teacher’s rubbish. This week, he’s in the clinic and the adults are writing down all his rubbish. It’s a dream come true. His ‘condition’ has elevated him into the adult world and presented him with an official team of biographers who hang on his every word.

This is precisely the incentive that lies behind the spread of Asperger’s, ADHD, high-functioning autism and all the other disorders whose prevalence has surged in recent years. It explains the transgender fad which is simply the latest attempt by teenage boys to get adults to listen to them.

And the smarter boys can see that it leads to a career as a transactivist (or TA). The new TA lobbyists are everywhere nowadays, in public debates and on TV discussion shows, wearing their costume of a wig and lipstick, and asserting their priestly status by refusing to recognise commonplace labels and forms of address. ‘Ladyboy’, ‘drag act’, ‘female impersonator’ or even ‘man’ are considered worse than mere discourtesies. These terms are sacrilegious. Anyone who calls a female impersonator ‘a female impersonator’ will be instantly denounced for ‘hate speech’, a new type of religious felony.

Yet it’s a typical human quirk that we despise most keenly the label that most accurately sums us up. The words ‘female impersonator’ and ‘ladyboy’ suggest street theatre and performance. That’s where the transactivists ply their trade, in the market-place of ideas and philosophies. The heels-and-lipstick are just a visual shorthand, like the butcher’s apron or the medic’s stethoscope, a kind of uniform that identifies the expert’s chosen field. And a pink frock is far easier to acquire than, say, a double first from Cambridge. To set yourself up as a TA specialist, all you need is a Zara cocktail dress and a few platitudes from the martyr’s lexicon. ‘I always knew I was female.’ ‘I’ve been persecuted since I was four.’ ‘Anyone who doesn’t accept me is a fascist.’ Once you’ve mastered this easy-peasy formula, you’re in. You’ve joined the glamorous commentariat. You have a licence to give lectures and interviews and to write endless articles and speeches pushing your thesis that society has turned you into an emotional wreck. But it’s notable that the transactivists who claim they can barely make it through the day can always make it into the TV studio.

So if I were a teenager right now I’d be halfway to becoming a girl. I’d swallow hormones, I’d dye my hair blonde, and I’d glare balefully at anyone who called me ‘he’. ‘Don’t misgender me,’ I’d say. What I wouldn’t say is that Nature started it. Nature misgendered me at birth. 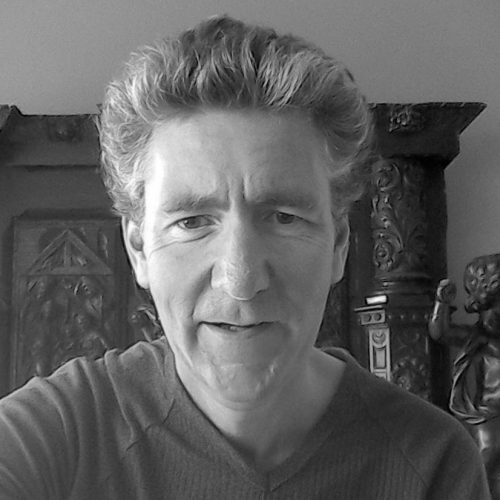 Lloyd Evans
Lloyd Evans writes about theatre and politics for the Spectator, and elsewhere.