Will LGBTQ zealots force out this fast food firm? Don’t count your chickens 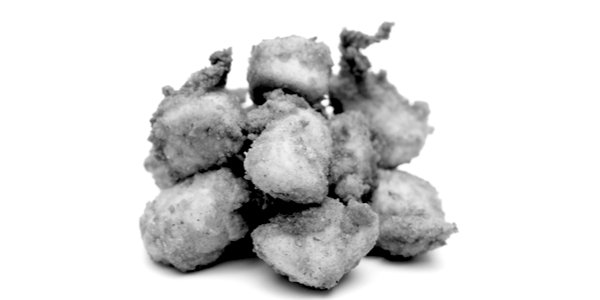 THE American fast food chain Chick-fil-A quietly opened a restaurant three weeks ago in Aviemore, in the Scottish Highlands.

A spokesperson for Macdonald Hotels, which owns the Aviemore Resort, told the Strathspey and Badenoch Herald: ‘Chick-fil-A has already proved very popular with our guests.’

Truett Cathy, a devout Baptist, opened the first Chick-fil-A in Atlanta in 1967, and the chain has remained in his family’s hands ever since. Today its more than 2,300 locations across the USA are all closed on Sundays.

In a 2012 interview with the Baptist Press, Cathy was quoted as saying that he believes in the ‘biblical definition of the family unit’.The Cathy family have also compounded their offence by funding groups such as the Salvation Army who have campaigned against same-sex marriage.

The initial reaction amongst Aviemore customers was positive. One guest on Twitter said the American food chain ‘lives up to expectations’ on 16 October, with others sharing positive reviews on TripAdvisor.

But the freedom to eat a well-produced chicken sandwich at the outlet of your choice is anathema to the LGBTQ etc zealots and their supporters in the media. As soon as the news spread the hate began.

On Tuesday’s 6.30 evening news, BBC Scotland’s premier news slot, the BBC lived up to its reputation of being totally committed to the LGBTQ etc programme. The lengthy news item included three interviews, all with LGBTQ etc campaigners determined to close down Chick-fil-A. It concluded with extremist MSP Patrick Harvie, co-leader of the Scottish Greens, describing Chick-fil-A as ‘toxic’.

The BBC broadcast no dissenting voice; no interview with a satisfied customer, no response from someone glad to get a job in a region with scarce employment opportunities, no defence of the company from the public, no mention of an assault on freedom of expression and association. Our state-funded, supposedly impartial broadcaster continued with its agenda of cultural bias.

Interviewed in the pro-independence newspaper The National, Patrick Harvie called for Holyrood parliamentarians to boycott not just Chick-fil-A but the entire Macdonald Hotels chain to force it to reverse the decision to allow Chick-fil-A to open in Aviemore.

Harvie, the first openly bisexual man to be elected an MSP, argues that as well as being ‘a major name in the Scottish hospitality sector’, the Macdonald Hotel chain has close ties with the Scottish Parliament in Edinburgh.

He said: ‘MSPs as well as visiting delegations from other countries often use their hotel on Holyrood Road, and many organisations hold briefing events there when the space inside Parliament is full. So we have a special responsibility to challenge them to drop their association with this toxic US company which funds campaigns to undermine LGBT+ people’s safety and human rights.

‘I cancelled the reservations I had there as soon as I heard about this partnership. I’d urge my colleagues to do the same until Macdonald end their commercial relationship with these sponsors of prejudice and hatred.’

To uphold, in a private capacity, the biblical view of sexual ethics is, in the opinion of a Scottish parliamentarian and co-leader of an influential party, sufficient evidence that your business must be crushed and driven out of the country. Even those associated with you in a purely commercial capacity have to be punished and compelled into line. This is the tolerance of the progressive.

Chick-fil-A has previous experience of British media attack over the opening of a restaurant in The Oracle shopping centre in Reading. Pressure was brought to bear on the shopping centre to close the restaurant. Such was the intolerance of the proponents of ‘diversity’ who set out to crush diverse voices disagreeing with them that the centre buckled and announced it would not renew the six-month lease. It remains to be seen whether Macdonald Hotels are willing to stand up to intolerance.

In the USA there have been concentrated attacks on Chick-fil-A: organised boycotts, state legislatures passing motions condemning the company, universities banning them from campus, homosexual ‘Kiss-ins’ organised in their restaurants. The pressure on the company has been relentless. But it has not always gone the way of the intolerant; there has been resistance.

The City Council of San Antonio, Texas, decided to remove a proposed Chick-fil-A location from its airport’s concession agreement. In response the Texas state legislature passed the ‘Save Chick-fil-A’ Bill. The Bill forbids government entities from taking ‘adverse actions’ against businesses because of those businesses’ ‘religious beliefs and moral convictions, including beliefs and convictions regarding marriage’.

The American public have responded to calls for a boycott by choosing Chick-fil-A instead of their usual restaurant. Business Insider reported that since the backlash against Chick-fil-A began in 2012, the company has more than doubled its annual sales and opened nearly 700 new locations.

In Chick-fil-A the intolerant progressive mob have bitten off more than they can chew.

Share
Facebook
Twitter
WhatsApp
Email
Previous articleWhatever the opinion polls say, this election is a leap into the unknown
Next articleIf you want our votes, Boris, change the faces