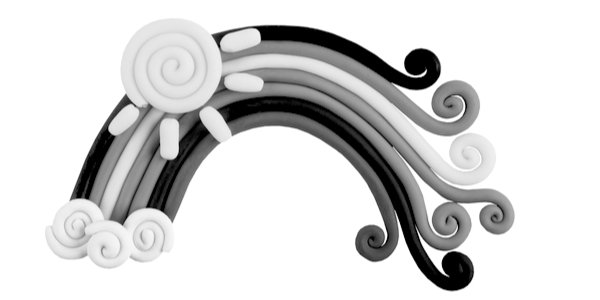 Yesterday TCW flagged the latest Leftie Lunacy at Broadcasting House. Alan Ashworth rightly satirised several of the more headline-grabbing recommendations contained within the Corporation’s latest page-turner, LGBT Culture and Progression: A report on Career Progression and Culture at the BBC.

The genesis of this report was an internal census conducted earlier this year which gathered from staff personal information ‘that only a couple of people would ever know’. One of the privileged commissars was Tunde Ogungbesan, the director of diversity for whom ‘the BBC should act as a mirror to the UK and a voice for the UK in the world’.

However, even Ogungbesan was flabbergasted that the number of BBC staff who recorded themselves as transgender was an eye-popping 417 – approximately one in every 50 – which might be 417 more than many people outside the Corporation’s bubble have ever encountered in the course of their daily business.

As TCW reported at the time, the audit had also found that LGBT staff comprised 11 per cent of the entire workforce, including 12 per cent in ‘leadership positions’. Not only do these percentages far exceed the proportions of the general population, they are well ahead of the Corporation’s own target of 8 per cent by 2020. Reason enough, one might have hoped, for that part of the Beeb’s diversity circus to fold its tents and for the money it absorbs, which is extorted from TV viewers, to be redirected into programming that licence fee-payers might actually want to watch.

Fat chance. This being the insular and profligate BBC, and with a director of diversity no doubt anxious to protect his empire, Tunde Ogungbesan instead lamented that for ‘lesbians and transgender folk, the figures are not as high as you would want them to be, especially with the lesbians’.

Ogungbesan did not explain how he plans to identify, hire and promote more lesbians; perhaps there are specialist recruitment agencies. Mind you, the right-on BBC should have no difficulty attracting biological males who wish to identify as lesbian women.

In spite of the staff census having revealed LGBT employment to be ‘quite high in terms of our percentages’, Ogungbesan nevertheless added LGBT to existing ‘workstreams [which] look at the culture and career progression of under-represented groups within the BBC’. This took the number of such ‘workstreams’, each containing supposedly disadvantaged staff deserving of preferential treatment, to five – a non-white, disabled, working-class, LGBT woman holds a nap hand.

Licence fee-payers will no doubt be overjoyed to learn that for all five categories of victim, the BBC is compiling politically correct statements of intent, the latest being last week’s release of the aforementioned LGBT Culture and Progression: A report on Career Progression and Culture at the BBC.

Newsflash: the key challenges for the BBC, as identified by Stonewall, include ‘lack of LGBT visibility’ – as though that self-serving organisation would reach any other conclusion. The Beeb reports that employees who are LGBT (which is formally to be replaced by the more inclusive LGBTQ+) experience a ‘heteronormative culture, particularly around language in the workplace’; furthermore, ‘inclusive language, particularly around non-binary gender, isn’t always used, particularly by our third party suppliers’.

If only the Corporation were hermetically sealed from having to interact with pesky barbarians and their dated lingo. Still, to bring about a ‘transformative effect on the culture of the organisation’, and with the stated aim of breaking into Stonewall’s Top 100 Workplaces, the BBC is to introduce ‘straight allies’, which apparently are already to found in the Foreign and Commonwealth Office and within UK police forces (no surprise there).

To be launched with ‘support from Stonewall’ (even less of a surprise), these ‘straight allies’ will ‘actively promote LGBT issues’ and are to be identified by email signatures and pin badges. At one time, the highest BBC honour was the award of a Blue Peter badge; proud virtue-signallers will now have the opportunity to display the even greater accolade of a Rainbow Roger, or whatever sobriquet is chosen for the new insignia.

The badge-wearers are likely to include ‘content makers and senior decision-makers, whom the BBC will ‘encourage to join BBC Pride as allies’, the purpose being to ‘empower our Content, News and Radio teams to cover LGBT stories and portrayal, and routinely increase the incidental portrayal of LGBT identities’.

Yet already there is more LGBT representation, both factual and fictional, on the BBC than most viewers and listeners will encounter in their everyday lives. Not that James Purnell, the one-time Secretary of State for Culture Media and Sport who in 2013 glided into the BBC as director of strategy, agrees. According to this former Blair acolyte, now the BBC’s director of radio and education: ‘The more diverse our workforce is, the more relevant we will be to our audience . . . one of our big challenges currently is around young audiences [supposedly far less likely to identify as completely heterosexual] . . . a heteronormative culture is not one that is going to cut ice with them either as a consumer or an employee.’

If the BBC really wishes to widen its appeal to all age groups and have more relevance for the entire licence fee-paying audience, a useful start would be for Purnell and other spokespeople to desist from liberal use of ‘heteronormative’ and other impenetrable language peculiar to the narrow world of diversity seminars.

At the BBC, the diversity is of course a one-way street. For example, last week’s report solemnly found staff affected by ‘a general feeling that News & Current Affairs output often presents balanced debates on LGBT issues which were at odds with the BBC’s corporate stance on LGBT inclusion, which seemed to be invisible’.

The perception that the BBC ‘presents balanced debates’ will prompt much hollow laughter. That aside, BBC staff say they want greater diversity – but not, it seems, to the extent of hearing unfashionable opinions with which they disagree.