Will the penny finally drop about morphing Mordaunt? 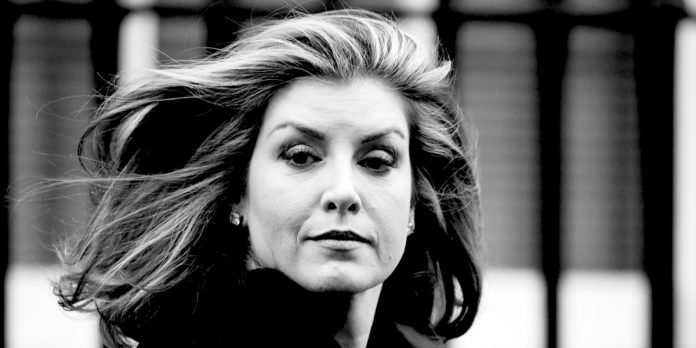 WE KNOW how easily a commercial brand’s reputation, carefully built up over years, can be shredded in short order when a closer focus exposes its shortcomings. Political leadership contests can be remarkably similar when a reputation starts to wilt under scrutiny.

Or so Penny Mordaunt, at time of writing second on the leaderboard of MPs’ backing, should be thinking, even though she probably won’t be, because her campaign to replace Boris Johnson has revealed her to be  considerably less than the paragon of traditional Conservative virtue she would have us believe.

It started with her hamfisted campaign video

which combined all the cod-patriotic nostalgia of a Hovis advert with trite virtue-signalling notable mostly for blunders that were amateurish beyond belief. Did no one tell Mordaunt that showcasing convicted murderer Oscar Pistorius as evidence of her concern for people with disabilities might not be a great idea? Then, not long after its release, her video had to be taken down and replaced because its original had used photographs of personalities without their permission, potentially breaching copyright law.

That morphed seamlessly into Mordaunt’s desperate attempt to rewrite the history of her enthusiastic endorsement of Woke transgender ideology. Not that there had ever been much doubt about it; TCW‘s Laura Perrins rightly criticised it, and its implications, as long as four years ago,

while Mordaunt’s own – and now, thanks to the Streisand Effect, even more infamous – affirmation of total gender fluidity in the Commons in 2018 is still easily accessible.

Yet that didn’t stop Mordaunt issuing a bizarre ten-tweet thread, purporting to clarify how her thinking had developed towards a now different position – conveniently, and no doubt entirely coincidentally, one more in tune with the voting public – but serving only to muddy the waters still further, while not only failing to exonerate her satisfactorily butraising additional questions.

Proving once again the wisdom of the maxim ‘When in hole, stop digging’, for Mordaunt things got worse. Her claim to have resisted the proposed replacement of ‘women’ with ‘pregnant people’ in maternity legislation was immediately challenged by fellow leadership contender Suella Braverman, who was actually pregnant at the time, and refuted by Braverman’s own statement.

As feminist writer Jo Bartosch says in a justifiably scathing commentary in The Critic, for Mordaunt to deny her former beliefs rather than say she had reconsidered them shows poor judgment, a lack of respect for voters, and a flexible attitude to truth. Remember that last phrase in the coming days and weeks.

Nor do the inconsistencies and potentially misleading impressions in Mordaunt’s presentation of herself stop there. Her Daily Telegraph ‘manifesto’ of July 11 is as notable for what it (perhaps judiciously) omits as for what it includes.

On economics and tax, she labels herself a ‘small state, low tax conservative’. Yet only a few paragraphs away on either side, she wants to ‘roll out further development corporations that will drive growth in local communities’ and ‘turbo-charge levelling-up projects’, the latter under the aegis of city mayors. In other words, more government-created town hall and quango bureaucracy in a replay of 1970s Heseltine-style state-sponsored corporatism – presumably to ‘pick winners’? And she’s a ‘small state conservative’?

The only tax reduction she’ll commit to is a 50 per cent reduction in the VAT on motor fuel – which doesn’t amount to very much – and then only until next April. No mention of either stopping VAT being levied on the separate fuel duty tax, or of opposing a damaging rise in corporation tax. And she’s a ‘low tax conservative’?

Worse, for Mordaunt, the proceeds of any growth that does happen must be channelled into the eco-drive for Net Zero, where there’s uncritical acceptance of the myth of ‘up to three million Green jobs’. It’s as if the studies showing so-called ‘Green’ jobs end up costing real jobs in the real economy, owing to the regulation they impose and the tax-dependent subsidies they consume, don’t exist. Neither, apparently, does the impending energy crisis; of the millions of low- and middle-income earners threatened by sky-high energy costs, if not energy poverty, thanks to the Net Zero Mordaunt fully supports there is no mention either.

Not that Mordaunt’s Green-ery and eco-wokeness should come as any surprise, as her catastrophist hyperbole even three years ago shows.

But it does chime quite well with her other interests.

Curiously for someone presenting herself as an international stateswoman in waiting, Mordaunt’s pitch omits any mention of her seemingly growing self-alignment with the Bill Gates/World Economic Forum nexus and her endorsement of its supranationalist,  top-down soft-totalitarian prescriptions, a milieu she appears to find most congenial.

You would have thought she’d be anxious to draw attention to Gates having contributed the foreword to her co-authored book – proposing, essentially, a more managed and coordinated communitarian future for us all, especially on (of course) ‘climate change’, and what I suspect most TCW readers would label global medico-authoritarianism – and its litany of rave reviews by, principally, the great and the good of the Blairite/soft-Tory neo-Establishment Elite. But apparently not.

For a fuller deconstruction of it, I’d recommend a 24-tweet thread by Hector Drummond, author of The Face Mask Cult and sometime TCW contributor. You may gain much insight into what really floats the Mordaunt boat.

Immigration is conspicuous by the absence of any mention of it in Mordaunt’s Telegraph piece, despite the near-uninterrupted flow of cross-Channel illegal migration. Perhaps this should not surprise us, given the eagerness with which Mordaunt, attending yet another supranationalist globalist-elite shindig in 2018, anticipated welcoming the UN Migration Compact – note here the standard globalist ‘Global challenges require global solutions‘ mantra – which May duly signed the UK up to later in 2018 without a Parliamentary debate.

It seems we must add immigration control to the growing list of issues on which Mordaunt appears decidedly flaky.

Her implied staunch-Brexiteer status doesn’t stand up to close scrutiny, either. Former Brexit Party MEP for North East England, Brian Monteith, unequivocally labels her a false Brexiteer, reminding us how she quickly became one of Theresa May’s most reliable lieutenants, voting dutifully for all those Meaningful Votes in the 2017-19 Remainer Parliament designed to thwart a No-Deal Brexit and entrench May’s BRINO-lite.

Neither has it been forgotten how she declined to follow Dominic Raab, Suella Braverman and Esther McVey in resigning in protest from May’s Cabinet in 2018 because the latter’s then Brexit Deal ‘failed to honour the spirit of the [EU] referendum’.

Mordaunt, by contrast, opted to stay in it; for which she was savaged by Steve Baker as only a ‘supposed Brexiteer’ a few days ago.

On Tuesday Mordaunt’s own officials accused her of having been missing in action from her Department of Trade and Industry job ‘for months’, preferring to ‘focus on her leadership campaign’ instead of doing the ministerial job we pay her to do. Intriguingly, too, the article alleges that none of her current MP-endorsements comes from ministers she worked with there.

So, summing up what’s emerged about Mordaunt’s actual positions in recent days:

Neither ‘small state’ nor ‘low tax’

Not quite the real deal she presents as, perhaps?

And the Left knows it; hence the attempt, by both Labour former MP Tom Harris and GB News’s irritating pound-shop Owen Jones, Benjamin Butterworth, to declare her ‘Labour’s worst nightmare’.

Don’t believe a word of it. One of the oldest tricks in the political playbook is to pretend that the opponent you fear the least is the opponent you fear the most. In this case it’s BS: it’s not what they think, but what they want you to think. Several of Mordaunt’s apparent political positions wouldn’t be out of place in a Blairite New Labour cabinet, and Labour in its current iteration wouldn’t find those remotely uncongenial. Sadly, though, Mordaunt herself seems to have fallen for it. Or possibly embraced it.

Equally sadly, at the time of writing, the at the very least incomplete, if not misleading, impression of her seems to be gaining ground, despite the misgivings and rebuttals of Mordaunt increasing by the day. But if the ‘Conservative’ Party gets suckered into making the mistake of electing Penny Mordaunt Prime Minister, it may experience buyers’ remorse very quickly. For those familiar with 1950s jazz classics, it’ll be Bad Penny Blues on continuous loop. Don’t say you weren’t warned.