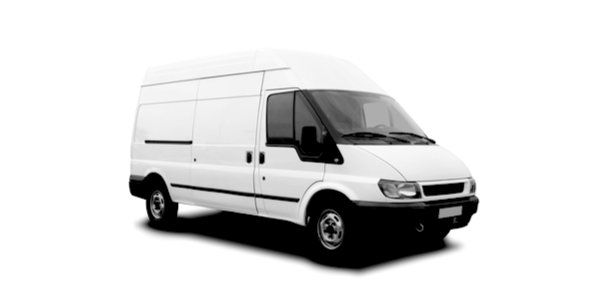 ‘WE will work round the clock to repay your trust’. Thus spoke Boris Johnson in Sedgefield on his victory tour of the North East. Note, the Prime Minister made no mention of immigration, the main driver of the 2016 result, despite the promise he made in his Sky News interview with Sophy Ridge the Sunday before the election, to reduce it. But then, in the background briefing notes handed out by No 10 on the Queen’s Speech, there is the following nugget:

‘Developing and reinforcing UK immigration controls and ending free movement will give the Government greater control to reduce the overall number of migrants coming to the UK, with fewer lower skilled migrants. Our new single system will allocate points on a range of criteria in three broad categories and it will be focused on skills and talents, not nationality’ (p24).

Now what does this mean in plain English? On the face of it, Workington Man (WM) will get what he has been after for years: lower immigration. WM, of course, is not alone in calling for a scaling back from the sky-high levels of immigration. Indeed, he is among the two-thirds of adults in the newly blue constituencies who say the rate of immigration over the past five years is a ‘serious concern’ to them.

Clearly, the new government will have to respond. Yet Conservative immigration policy is currently pointing in the opposite direction to that which these new supporters wish to see.

For the time being, the government’s thinking has been farmed out to the Migration Advisory Committee (MAC) – a body dominated by economists who mainly favour immigration. Meanwhile, the Home Office is consulting 136 bodies, almost all of which have clear interests in seeing no reduction in immigration. At no point have the wishes or concerns of the ordinary voters who have given Boris such a handsome majority been factored in.

Meanwhile the government has floated the idea of setting up a new department, separate from the Home Office, to handle immigration matters. This carries serious risks, and not only because it is the brainchild of advocates of much looser immigration control including the Liberal Democrats. An orphan agency or junior department of this kind would be deprived of the weight of a major Secretary of State fighting its corner. Numerous lobby groups will be busy advocating their favourite forms of immigration while powerful Whitehall departments, such as the Treasury, Business and Health, will be able to exert formidable pressure. Industry will continue to agitate for a ‘liberal’ approach, knowing that the Prime Minister has long been so inclined. In the end it will be Boris himself who will have to come down firmly against them if his new constituents’ strongly held views are to be accommodated.

Early decisions will be needed if the new system is to be established in time. Two vital areas will be the definition of a highly skilled worker and what, if any, access should be permitted for the lower-skilled.

The present definition for non-EU citizens of a ‘skilled worker’ includes a salary of £30,000 plus a degree-level qualification (unless an occupation has been declared as in shortage). Astonishingly, some parts of the immigration industry are calling for a salary level as low as £21,000 – not much more than the living wage in London and well below UK average earnings. There are also calls for the level of qualifications to be reduced to A-Level. If these proposals were adopted, some nine million UK jobs would be rendered vulnerable to new or increased international competition. Try that on the voters of Sedgefield.

As for unskilled workers, there is the proposal floated already by the last government for low-skilled visas for ‘up to 12 months’. As I have written before for TCW this is just a blatant attempt to keep these immigrants out of the official net migration figures. The truth is that, once they are here, it will be the devil’s own job to make sure they leave. Imagine the response of voters in Bolsover or the zero-hours contract workers in Burnley to a charade of this kind.

Overhanging all this is the real danger that, unless firmly handled, immigration will simply spin out of control as it did when Labour ‘reformed’ the system after 1997. There could be a huge number of applications from the third world where salaries are much lower. Many of them would have the additional incentive of family already here – the more so since their new visas would normally lead to settlement.

Then there are the employers. They would see their competitors getting hold of skilled labour at less than the current going rate and would be very likely to follow suit to protect their competitiveness (and, of course, their profitability). It is, therefore, vital that the government applies an ‘Australian-style’ cap – a proposal supported by 75 per cent of voters – otherwise the numbers could well take off.  The losers would be young British workers who would not get the training they deserve and those whose areas would continue to be left behind. The rest of us would see continuing unsustainable population growth, 80 per cent of which is due to immigration.

Such an outcome could hardly be described as repaying the trust of the Conservatives’ new supporters. Unless the Prime Minister adopts firm and cautious polices from the outset, he could well find that immigration at the next election is even higher than the quarter of a million a year which it has averaged over the past ten years. In the red wall constituencies this would be seen as a serious betrayal.