William Morris – the very model of a champagne socialist 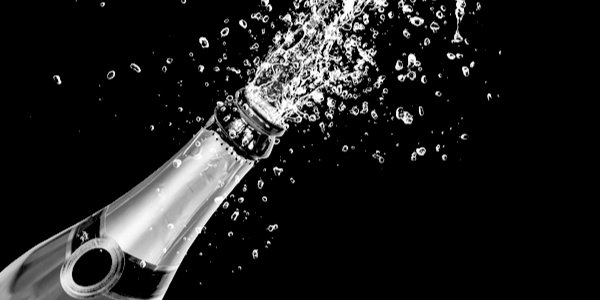 THE prototypes for all those delusional, middle-class champagne socialists* who seem to dominate our media go back a long way. A good example is William Morris. Born rich, educated at Marlborough and Oxford and sustained as a man of independent means courtesy of his inherited family shareholdings in the then largest copper mine and arsenic manufacturing plant in the country, out of sight in Devon and thus conveniently out of mind.

Better known these days for the outrageously expensive hand-printed wallpapers from his designs than his political activism, he wrote copiously and addressed meetings, advocating communism and promoting his dream of the death of the entire capitalist system, whilst all the time adding to his own fortune by peddling luxury goods that only other rich people could afford.

I read him extensively while I was at art college in the late sixties because his design concepts had by then become fashionable, along with other Art Nouveau iconography such as reproductions of Alphonse Mucha’s posters and boutiques such as Biba. But whereas Biba and the Mucha reprints were both self-evidently nostalgic revivals of a branch of art nouveau which had been simply good old-fashioned fin-de-siècle hedonism and self-indulgence, Morris, in sharp contrast, had tried to make a moral case for his own work in arts and crafts. He wrote countless sneering and judgemental essays about the poor taste of others in every field from typography and book design to architecture, and he complained incessantly about how the tastes of the working classes were lamentably low and in desperate need of raising.

Of course he did absolutely nothing of practical value to help them improve their own surroundings. He insisted on producing only craftsman-made furniture and objects (in modern parlance, ‘high-end’ items) as he could not bring himself to associate his skills with anything as common as ‘manufactured goods’, blithely ignoring the obvious fact that such goods were all that working people would ever be able to afford. In that sense he was the perfect historical role model for the expanding tribe of condescending, judgemental self-proclaimed Marxists who were beginning to roll off the university production lines in huge numbers from the late sixties onwards.
By juggling his professed concern for the welfare of the working classes with a visceral contempt of everything they were in reality, he pretty much wrote the manual for today’s public school-educated Labour Party Marxist snobs.

He is known for two pronouncements, ‘Never have anything in your homes you do not know to be useful or believe to be beautiful’ and the slightly less famous ‘No work which cannot be done with pleasure in the doing is worth doing’, which might well have seemed wryly amusing to his domestic servants, who will have understood that getting up well before dawn to start a long day of cooking and cleaning up after him and his family was done more for the money than for the ‘pleasure in the doing’.

His attraction to an impossibly romanticised re-imagining of medievalism and his vociferous rejection of the industrial revolution has led some in the green movement to anoint him as a forerunner of modern environmentalism. They are correct. Lecturing others on the things they must be content to do without, whilst personally enjoying the income from two of the most polluting industries of the 19th century, certainly seems to be very much the model for the contemporary well-heeled, all-mouth eco-warrior.

The final irony is to recall that the political slogans of the man who so despised mass production can now be seen and heard emanating from the endless thousands of William Morris clones strutting around, all as alike as peas in a pod as they stare at and tap on their i-Phones. Manufactured goods made in highly polluting Chinese sweatshops which are, just like the Devon arsenic factory, out of sight and out of mind.

* Amusing to note that in France, where it is close to illegal to use ‘champagne’ in a perjorative context, such people are dismissed as ‘la gauche caviar’ (the caviar Left).